The data shows that it is essential to measure the success of sanitation interventions on adoption, rather than access as representative of the true state of the scenario.

India released the fifth round of the National Family Health Survey (NFHS-5) (2019-21) data on November 24, 2021. Given the independent, high quality, and national as well as sub-national representation of the sanitation data collected in this survey, one can assess the impact of the Swachh Bharat Mission (SBM) on India’s sanitation status and the validity of India’s open defecation free (ODF) status. To answer these, we refer to one indicator reported in the state factsheets: population living in households that use an improved sanitation facility.

In figure 1, we see that at the all-India level, there is remarkable progress in the use of improved sanitation facilities from 49% in NFHS-4 (2015-16) to 70% in NFHS-5 (2019-2021). Since the period between the two surveys coincides with the duration of the SBM (2014-2019), this improvement can be largely attributed to SBM. At the end of the SBM, based on the number of toilets built by the government, India was declared an ODF nation. This implied that all the households had access to toilets. 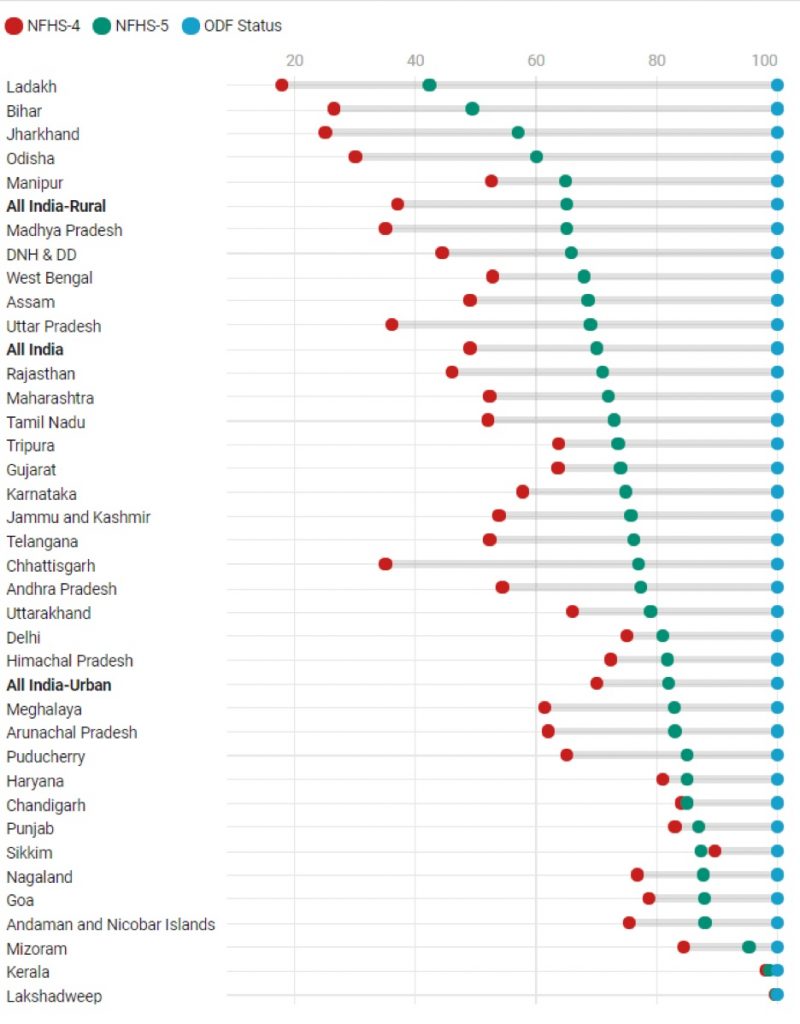 Figure 1: Percentage of population living in households that use improved sanitation in India.

However, NFHS-5 informs us that while many states are on the path of achieving the ODF status, India cannot yet be claimed as an ODF country. States and UTs like Ladakh, Bihar, Jharkhand and Odisha still have only 42-60% of the population living in households that use improved sanitation facilities. Similarly, besides Kerala and Lakshadweep, every state needs significant improvement in the use of toilets to reach ODF status. For the future, it is essential to measure the success of sanitation interventions on adoption, rather than access, because it represents the true state of sanitation across a country.

The figure also informs us that there is heterogenous progress and prevalence of rural and urban sanitation. Rural sanitation improved from 37% to 65%, while urban improved from 70% to 82% from NFHS-4 to NFHS-5. Rural India needs to bridge the gap of 35%, while urban India 18% to achieve ODF status. This differentiated progress calls for a differentiated approach to success.

Future national sanitation schemes need to address the challenge of stubborn social norms in rural India which lead to the preference for open defecation even in the presence of toilets. Hence, allocation of funds to programs like behaviour change communication (BCC), that can inform the communities about the harms of open defecation and benefits of toilets, will be necessary to upend the practice.

Also Read: Here’s Why India Is Struggling to Be Truly Open Defecation Free

The issues for urban sanitation are different. Here, the challenge is not the BCC aspect but managing the solid and liquid waste (SLW) generated from the higher use of toilets. India is the world’s third-largest generator of solid waste in the world and its management is riddled with sub-optimal collection and disposal as well as limited state funding. Unlike the rural areas, where a twin-pit (no sewage connection required) toilet is built under SBM, new toilets in urban areas need a connection to existing sewage systems. Better management of this system, along with the upgradation of the sewage system after every few decades will encourage more people to install and adopt toilets.

However, it is also important to interpret these statistics with caution. For example, respondents are asked to report the place where the household members usually defecate. The response of one member of the household is extrapolated to generate the sanitation practice of the household or the population living in the household. Given that the research has shown heterogeneity in the use of toilets – adults use it more than children, women more than men – the survey might systematically undermine the presence of open defecation in the nation. We call for a more comprehensive assessment of sanitation practices in the future.

India has a long way to go before achieving universal sanitation. NFHS-5 can play a vital role in reaching that target. NFHS-5 is government sourced, and representative at the district, state and national levels. This can help the authorities identify target locations for intervention. For instance, at the state-level much improvement is needed in Ladakh, Bihar, Jharkhand, Odisha and Manipur. At the district level, 411 out of 707 districts have more than 70% of the population living in households that are using an improved source of sanitation. Focusing rigorous application of sanitation programs in the remaining districts will be beneficial.

Similarly, rural areas will require a differentiated approach from urban areas. Recognition of these diverse challenges and the use of NFHS-5 data to precisely identify the places that need sanitation intervention will help India achieve the goal of becoming an ODF nation.