Almost all prominent newspapers have predominantly held the government responsible for failing to engage with the opposition and to acknowledge the public issues raised by them. 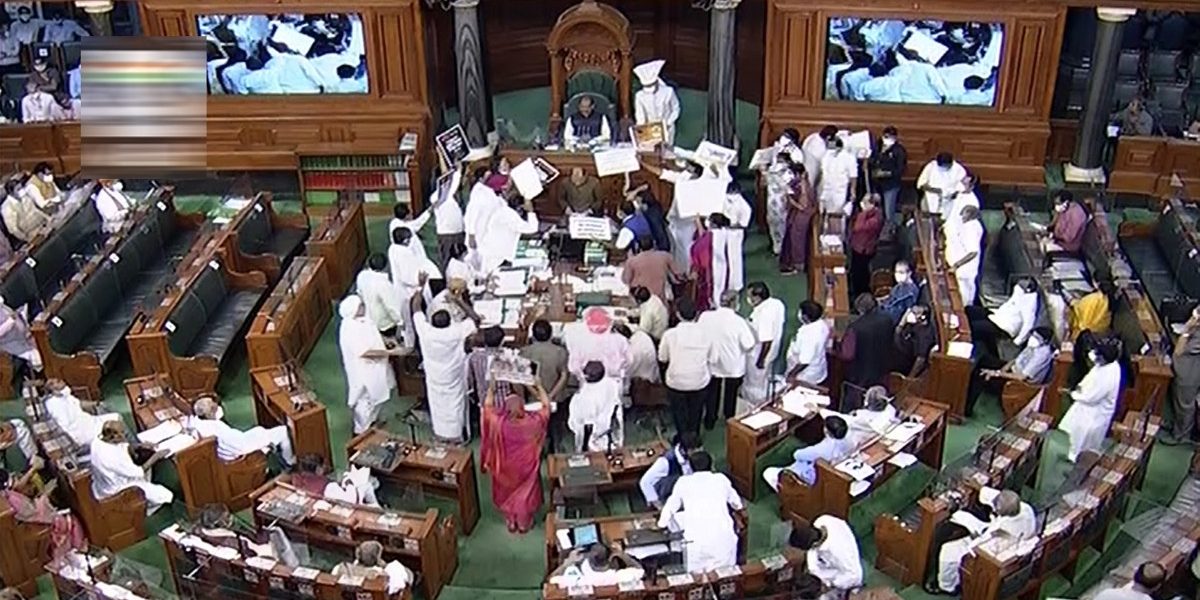 New Delhi: Editorials of prominent English newspapers lamented the acrimonious, and even violent, events that marked the monsoon session of parliament, with legislators on both sides of treasury and opposition benches indulging in competitive disruption of proceedings. Almost all newspapers have predominantly held the government responsible for failing to engage with opposition and to acknowledge the public issues raised by them.

This was reflected by the fact that the government had deployed as many as eight ministers to go after opposition lawmakers on the adjournment issue, instead of using the same resources to listen and respond to issues of importance raised by what can now be called as ‘united opposition’.

Commenting on the unruly scenes that were witnessed in the Rajya Sabha on the last day of the monsoon session, Hindustan Times observed that “India’s Parliament, and, by extension Indian democracy, is in crisis”.

The level to which parliamentary proceedings have degenerated can be understood from the fact that Lok Sabha took an average of 10 minutes and Rajya Sabha an average of half an hour to pass laws, the newspaper editorial noted.

“All of this indicates that Parliament is neither fulfilling its function of deliberative lawmaking nor of holding the executive accountable.”

However, it saw convergence across opposition parties of various hues on the parliament floor to take on the BJP as something to look forward to, making Indian polity much more competitive, rather than allowing a single party, like today, to rule the roost.

On the other hand, the editorial by the Indian Express has been much more scathing. It squarely blamed the government for disruption in the parliament for not allowing the opposition to raise the Pegasus snooping issue, farm bills and price rise. In the government’s response, it saw an attitude of the ruling party which has a distorted view of seeing opposition as an adversary, rather than a partner in the lawmaking process as prescribed by the Indian constitution.

“The writing on the Parliament wall is clear: This government seems to know how to engage the Opposition only as the enemy in electoral battle, it does not appear to possess — nor is willing to learn — the language to acknowledge it and talk to it in between elections,” the Indian Express observed, adding that the government had relied on its “brutish” majority to push through important bills without even a modicum of discussion.

Reflecting further on this government’s attitude, the Indian Express noted that like in previous parliament sessions, the government this time around too painted “entire Opposition as a band of disruptors who are still unreconciled to Narendra Modi’s popularity and the BJP’s electoral victories”.

If that wasn’t enough, the government then resorted to whataboutery, the editorial noted. “What about the parliament days lost when the Congress ruled the Centre, what about the abbreviated sessions of legislatures in Congress-ruled states, goes the government’s best defence of its own continuing inability to run the House.”

The Times of India lamented that treasury and opposition benches had wasted taxpayers’ money through competitive disruptions.

“The net result is that the country has lost an opportunity to focus policy attention on critical matters. At a time when the economy has been ravaged by Covid and the society has been devastated by the pandemic’s second wave — with fears of a third wave around the corner — the country’s lawmakers have wasted taxpayers’ money in scoring political brownie points and showboating.”

If this kind of disruption were to continue, The Times of India feared that darker days are ahead for Indian democracy where disruption and stalling of legislative proceedings are seen more as a norm than an exception.

“But if Parliament is to degenerate into sessions of competitive disruptions — BJP would most likely take the same course should it come to sit in opposition in future — then there are dark days ahead for Indian democracy.”

Reflecting on the absence of a number of MPs, from both treasury and opposition benches, from parliamentary proceedings, The Tribune said, “Members of Parliament have to realise that it is the people who elect them. They cannot fail their cause by staying away from the discharge of duty, despite the strength in the House of the elected government of the day.”