Like every crisis, the one at Elphinstone Road will also be used to delegitimise our public institutions and processes, and attack the very conception of public goods. 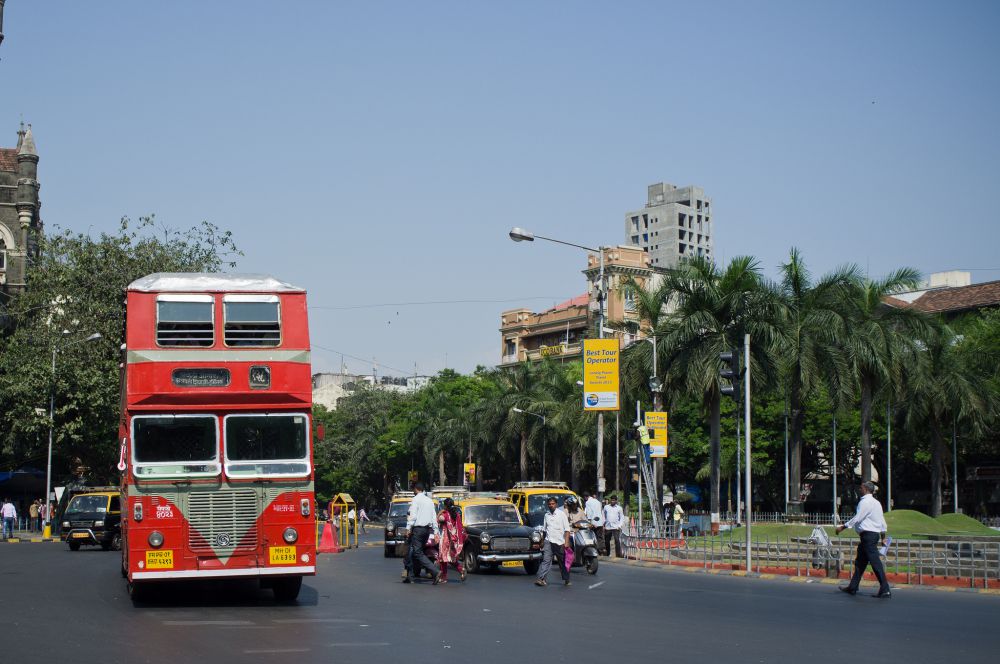 In recent decades, we have come to adopt a new attitude to city-making. It involves ignoring many important little things in pursuit of some worthless grand ones, naturalising scandalous urban inequities and acting in ways that undermine our own future.

Mumbai reacted with horror to the stampede at Elphinstone Road recently. The search for deeper roots of the tragedy takes us to the rapid transformation of Mumbai’s industrial heartland into highly concentrated and intensive commercial developments, that have significantly altered public transport use. It also takes us to the systematic neglect and degradation of urban public transport: as physical infrastructure, as a functional system and as a social institution.

Each day 53,720 private vehicles are added to India’s roads, up from about 2,750 vehicles in 1993. Facilitation of private transport has become active policy in Indian cities. Meanwhile, public transport systems are being dismantled through administrative and financial ‘restructuring,’ the piecemeal privatisation of services and the surrender of public land to private developers in the name of ‘infrastructure modernisation.’ No one should be surprised if over the next few weeks new ideas to outsource certain functions of the railways start trickling in, or schemes for urban renewal and redevelopment of ‘crumbling’ railway stations get a boost. Like every crisis, the one at Elphinstone Road will be used to delegitimise our public institutions and processes, and attack the very conception of public goods.

Also read: Property is Expensive And Life is Cheap on Elphinstone Road

If we look to history we may see that many municipal services and utilities around the world and in our own cities began as private ones. Travelers paid tolls on privately built roads, fire services were provided competitively, mass transit systems such as buses and tramways were owned and run by private companies and even electricity and water utilities were operated by firms.

The gradual municipalisation of these services and utilities, as cities democratised, was the victory of other values – public service, social equity, universal access – over the single metric of private gain. Are we prepared to renege on these promises? If not, then how do we protect the ethical core of our public institutions while transforming their performance, strengthening their capacities and reclaiming their legitimacy?

Take the ongoing decimation of one of Mumbai’s oldest institutions. The bus division of the Brihanmumbai Electric Supply and Transport (BEST) Undertaking – municipalised in 1947 – has come under sustained attack from the state government. A bus system that had been widely regarded as a model for other cities to emulate, is now under sustained attack – newspapers today bellow about this ‘crumbling’ service with a ‘lackadaisical’ attitude that has led to its ‘financial ruin.’ Its accumulated losses have become the subject of moral opprobrium. In a world where profitability is the only mark of health, losses are a sign of disorder; sustained losses are a sign of sheer pathology.

But the fact that BEST is based on a cross-utility financing model, where surpluses from its electricity operations have always sustained a loss-making transport division, is lost in transcription. The reason why the city’s bus system has worked so well in the past is precisely because it could run a loss. The BEST lost this option when the Supreme Court killed the cross-utility financing model in 2016.

In 2001 when BEST challenged the Maharashtra Electricity Regulatory Commission’s authority to decide its electricity rates, it was asked to indicate how much its electricity consumers pay to subsidise the transport service. This began to appear as the ‘transport division loss recovery’ (TDLR) charges on electricity bills. Soon, the city’s hotel and restaurant lobby challenged this in court, and in 2016, the Supreme Court ordered BEST to stop collecting TDLR. The court argued, echoing the hotel and restaurant lobby, “people who do not use buses should not be made to pay for subsidising transport bills.”

With the cross-subsidy dead, and losses mounting, the city government now plans to ‘bail out’ the undertaking on the condition that BEST accepts a partial privatisation plan. To privatise, we must remember, is to surrender (however limited) public control and accountability. The ‘restructuring’ of BEST will involve hiking up ticket fares and student pass prices, discontinuing ‘unprofitable’ routes, reducing the bus fleet, cutting down the workforce and handing over bus operations to private enterprise. The logic was explained by the municipal commissioner: “those who don’t travel by bus should not be made to pay for it.”

But the ‘users must pay’ maxim is curious. It is used as an iron law when one talks about public goods and services, but almost never when everyone is expected to pay up for car-centric mega-projects such as sea-links and coastal freeways. Moreover, economically, it is very regressive. A public transport system plays a crucial economic role; it facilitates the labour market by efficiently distributing workers all over the city. Almost every metropolitan public transport system in the world runs a deficit with the intention of partially socialising the cost of improving employment opportunities, reducing transport costs and cutting down travel time.

In fact, a public transit system is a subsidy to businesses, as it provides an indirect wage to their employees. When travel costs for workers increase, these will have to be paid through direct wages received from employers. The crucial point is that public facilities and services do not serve only people who actually use them. By socialising costs and stimulating demand, they help economic growth while improving overall living standards.

BEST has suffered not due to its own problems, but due to external factors, mainly as a consequence of the rapid increase in private vehicular traffic. Consider these pieces of data provided by the Mumbai Environmental and Social Network: while passenger-trips on Mumbai’s suburban railway have grown from six million in 2005 to 7.5 million in 2015, number of passenger-trips on Mumbai’s BEST bus system has dropped from 4.1 million to 3.3 million, and number of two-wheeler trips have gone up from 1.2 million to 2.9 million.

The number of trips by private cars, meanwhile, has increased from 0.5 million trips to 4.1 million. As two and four-wheelers take up more road space, buses slow down. Waiting times increase. This moves people away from buses and towards inefficient modes of road transport, increasing congestion and slowing down buses even further. The problem self-perpetuates. Unions argue that ticket prices are already too high for informal sector workers, and reducing prices may improve ridership and help alleviate congestion. The municipal commissioner insists that BEST should recover its costs through ticket sales, which is likely to shed its ridership even further.

In February 2016, when autos and taxi workers in Mumbai went on a strike against cab aggregators and permit costs, BEST responded and demonstrated its extraordinary institutional and service capabilities by re-planning some of its routes and running extra buses. With fewer three wheelers and four wheelers on the city’s roads, buses could run faster and deliver more passenger trips. On the day of the strike, BEST carried an additional 8.65 lakh passengers (34% increase in ridership) and achieved Rs 93 lakh in collections (27.8% increase in revenue). What happened that day was effectively a controlled experiment, showing how reducing traffic congestion is key to improving public transport performance.

Also read: Under Modi Government, Funding for Railway Amenities Has Taken a Back Seat

The answers to most of our pressing urban problems are fairly unspectacular. Small adjustments, up-gradation and improvements, intelligent management, accountability and regulation. We can find, if we care to look, a range of financial models to run affordable, inclusive and efficient public transport systems: from direct subsidies (which cities like Mumbai can easily afford) to property taxes, from parking charges and fines to road-space use charges, from motoring and consumption taxes to cross-utility financing.

Straightforward measures such as a ‘right of way’ (or a lane dedicated for buses) on major roads can dramatically improve passenger trips. Carefully designed integration between different modes of public and non-motorised mobility will reduce many of the barriers to public transport use. If we have to learn from elsewhere, we could learn that concrete can be dug up to revive rivers, highways can be converted into car-free zones and public transport can be made safe, comfortable and popular.

The planning historian Peter Hall defined a ‘great planning disaster’ as a process that costs a great deal of money, and is perceived by many people to have gone terribly wrong. These are major decisions that, after being pursued, were abandoned mid-way or substantially modified; or are ones that are implemented as planned despite much criticism and opposition, and later felt by informed people as being a serious mistake.

The more one reads through the dry cost-benefit and impact analysis reports of traffic planning consultants – such as one on the Western Coastal Road or the Trans Harbour Link – the more one dreads what the future has in store for our cities. Transport planning is justified and argued based on forecasts – demand, costs, capacities, etc – that is often a mechanical exercise of projecting past and current trends into the future.

In their reports, project proponents and consultants assume a tidy cause and effect relationship between what is intended and what actually happens. Figures are meant less to foresee, more to reassure investors and shape beliefs, attitudes and actions. Often deployed in the apparatus of scientific rationality, they conceal a lethal combination of wishful thinking and self-serving logic. The problem is that any intervention that demands significant investments, major physical transformation, the involvement of multiple institutions and actors and potential impacts on many people is a highly complex process, rife with uncertainty and risk. Uncertainty, however, is the scourge of project promoters, and certainty is the currency of experts.

Many of our new transport schemes are likely to be great planning disasters. More so, as apart from the conventional forms of uncertainty such as poor forecasting and unexpected outcomes, the most significant cause of uncertainty arise due to changing values. When values shift, so do perceptions and judgments about decisions we have made.

So let us ask ourselves: 15 years from now, will our forms of city-making remain as they are today? Will we think of private mobility as an unqualified good, especially in the context of a rapidly warming planet? Will we continue to naturalise urbanscapes that divide and dispossess, separate and segregate, enclose and exclude? Will we continue to prioritise the mobility needs of a tiny minority over the health, safety, livelihoods and well-being of everyone else? The infrastructure and institutions we build today are decisions about how we wish to live tomorrow. So let us ask ourselves: how do we wish to live tomorrow?

Hussain Indorewala is an Assistant Professor at the Kamla Raheja Vidyanidhi Institute of Architecture and Environmental Studies. He is an Urban Researcher with the Collective for Spatial Alternatives.