How Differently Is Parliament Functioning Under Narendra Modi?

Far more Bills were sent to select committees for review under the two UPA regimes headed by Manmohan Singh. 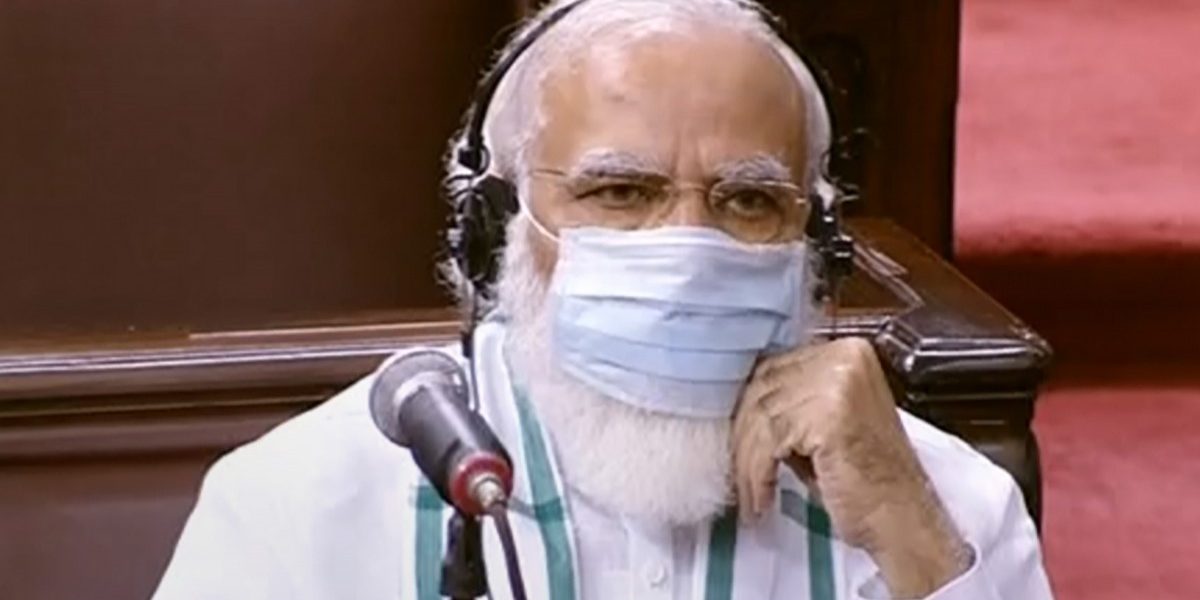 New Delhi: On September 22, eight opposition MPs of the Rajya Sabha spent the night by the statue of Mahatma Gandhi on the lawns of parliament, the country’s highest law-making body.

The move was unprecedented in the recent parliamentary history of the world’s largest democracy.

These MPs – Derek O’ Brien and Dola Sen of the Trinamool Congress, Sanjay Singh of the Aam Aadmi Party, Sayed Nasir, Rajiv Satav and Ripun Bora of Congress, and Elaram Karine and K.K. Ragesh from the Communist Party of India (Marxust) – demanded that their suspension from the Upper House ordered by deputy chairman Harivansh Narayan Singh be immediately revoked. With Singh not relenting, the entire opposition, the next morning, decided to boycott the remaining two days of the monsoon session and resorted to periodic bouts of protest inside the parliament premises till the session was adjourned sine die.

Though Singh (a Bharatiya Janata Party-nominated MP) came to the protest site to serve tea to the MPs the morning after the overnight protest, and thereafter resorted to a day-long fast himself to oppose the unruly behaviour towards him by the MPs on September 22, what he did when the House was in session was a clear violation of standard parliamentary procedure. Though Prime Minister Narendra Modi praised Singh for his gesture towards the suspended MPs, he was silent on him violating a parliamentary norm.

On September 22, some opposition MPs had urged the deputy chairman to send the controversial agriculture Bills to a select committee for further examination before making them laws. They backed their plea on the premise that the changes to be effected through the Bills in the farm sector were put to effect by the Modi government as an ordinance and opposition MPs hadn’t got enough time to take a closer look at the Bills. Singh ignored the plea, leading four MPs to move a resolution each, seeking division of votes to pass the Acts at the House instead of a voice vote.

However, instead of following the regular procedure of division of votes after such a resolution by any MP, Singh still went ahead with a voice vote. This led to the bedlam in the Rajya Sabha.

Singh’s action has also pushed the united opposition to now allege that the Modi government passed the Bills at the Upper House without the required numbers. If that has happened, Singh will be remembered for this black spot on the history of the country’s parliamentary democracy.

On this occasion, it makes sense take a quick comparative peek at the functioning of parliament during the ten years of United People’s Alliance (UPA) rule under Manmohan Singh and the last six years of the National Democratic Alliance (NDA) rule under Modi. Here, The Wire breaks down the the number of Bills forwarded to select committees, the number of hours that the parliament had business, and the time devoted to question hour and to discussion on budget allocations.

What is to be noted at the outset is that during the 14th and the 15th Lok Sabha when the UPA was in power, a significantly higher number of Bills were sent to a select committee for closer study before they became a law. In a parliamentary democracy, this is considered a good practice. The more Bills are sent for closer examination before they are turned into Acts, better it is for the removal of any loopholes.

According to PRS Legislative Research data, “In the 16th Lok Sabha (during the first Modi regime), 25 per cent of the Bills introduced were referred to Committee, much lower than 71 per cent and 60 per cent in the 15th and the 14th Lok Sabha respectively.” As per news reports, no Bills have been sent to a parliamentary select committee by the present Modi regime.

The premier non-profit research institute that studies the Indian legislative process rightly highlighted the significance of such a parliamentary procedure in a report on the 16th Lok Sabha (2014-2019), “Due to time constraints, it is not possible for each MP to discuss and scrutinise all Bills in the House. Committee allow for detailed scrutiny of legislation, provide a forum for feedback from various stakeholders, and act as a consensus building platform across political parties.”

What is interesting, though, is that compared to the ten years of UPA, the last term of parliament under Modi had discussed Bills for a longer period. As per PRS data, while 32% of the Bills were discussed “for more than three hours in the Lok Sabha” during the first term of Modi rule, during the UPA I and UPA II regimes, it was 14% and 22% respectively.

Also, two sets of data perhaps also point to two other features of parliament sessions in the last Modi regime. With the PRS data showing that Bills passed under half an hour “have decreased significantly from 26 per cent in the 15th Lok Sabha to six per cent in the 16th Lok Sabha”, it possibly could be that the opposition MPs did engage with each Bill brought in by the BJP government to parliament.

Additionally, in the 16th Lok Sabha, the Modi government succeeded in passing 133 Bills, “15 per cent higher than the previous Lok Sabha”. It provides a hint about the present regime’s concerted effort at legislating more laws than the previous regime. Also, the highest number of Bills passed among these 133 Bills were related to financial sector.

Parliament, aside from making laws, also approves the annual Budget that the ruling government brings before it. What is to be pointed out is that while 17% of the budget was discussed at the floor of parliament, which was more than the UPA regimes, during the 2018-19 Budget, “100 per cent of the demands were passed without discussion”. The last time this happened was was during the 2004-05 and 2013-14 budgets, as per PRS data.

The September 22 action of the deputy chairman aside, the present monsoon session of parliament will go down in history also for the abolition of question hour – a vital arm of parliamentary democracy. An hour is allotted every morning during a session for MPs to ask questions to the government of the day and thereby hold it accountable for its actions.

If we look at the available data from the last four Lok Sabhas, the functioning of the question hour, on an average, was only 59% of the allotted time. It has been particularly decreasing at the Upper House. In the 15th and the 16th Lok Sabha, only 41% of the question hour was used in the Rajya Sabha.

It must also be added that citing the COVID-19 pandemic, the Modi regime has already robbed all MPs of their local area development funds (MPLAD). This will particularly affect the opposition MPs who, being out of power, will also have no say in any development work in his/her area. This means that a member of parliament is not able to function as per set procedure even after he/she is a voters’ choice as their representative.