Support for Modi as 'Best Choice for PM' Falls from 66% to 24% in a Year, India Today Poll Finds

The triggering factors for this were inflation and the Union government's handling of the COVID-19 second wave. 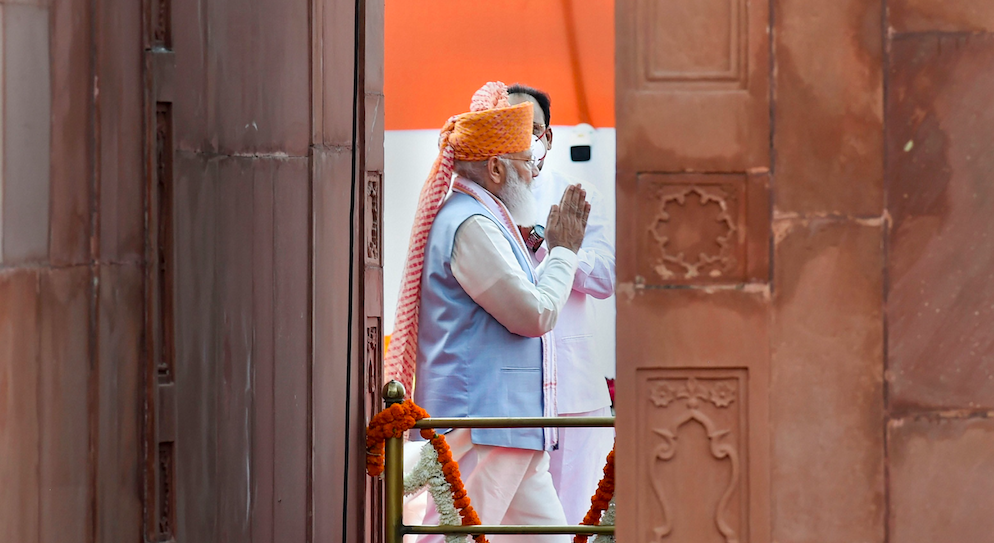 New Delhi: The ‘Mood of the Nation’ survey done by the India Today magazine has found that Prime Minister Narendra Modi, who until last year was the first choice as next prime minister for 66% of the country, has seen a slip to 24%.

A large reason behind this is the second wave of COVID-19, the way the Centre handled it and the related and crucial economic concerns that it gave rise to.

According to the just-published India Today Mood of the Nation survey, only 24% think Modi is best choice for next PM. The second choice at 11% is Yogi Adityanath. Modi as the first choice has gone down sharply from 66% a year ago to 24% now. pic.twitter.com/wKPcIfM4bd

However, Adityanath is seventh when it comes to a ranking of chief ministers based on the assessment of people in their own states – a list that Tamil Nadu’s new chief minister M.K. Stalin is leading with 42% of votes. Ahead of Adityanath is Odisha’s Naveen Patnaik, Kerala’s Pinarayi Vijayan, Maharashtra’s Uddhav Thackeray, Bengal’s Mamata Banerjee, and Assam’s Himanta Biswa Sarma. Himanta and Adityanath are the only two Bharatiya Janata Party chief ministers in the top 10. However, the finding that only 29% of Uttar Pradesh gave Adityanath a positive rating is a telling statistic ahead of the assembly election in the state in 2022.

According to India Today Mood of the Nation survey, only 29% respondents in Uttar Pradesh approve of #YogiAdityanath. Bad news for him as elections 6 months away. But all CMs doing badly. Not one reaching 50% approval rating. Indians are UNHAPPY. pic.twitter.com/P55OqegQTY

The findings of the poll have been published in the magazine and were the topic of the primetime discussion on the television news channel run by the same news house. Several on social media have, meanwhile, tweeted on the findings of the survey.

The magazine’s cover indicates that inflation and unemployment are top concerns of an Indian at this point. Within only a span of six months – from 17% in January 2021 – the number of people who think that the economy will “get worse” has grown to 32%.

Journalist Shivam Vij tweeted on the overall trends visible from the survey. He noted that Adityanath was closing in on current home minister Amit Shah when it came to the BJP’s possible choice of a PM candidate to succeed Narendra Modi.

Vij also highlights that the survey points out that there is a dent in Modi’s purported trademark of having honest intent with 60% saying the government under him is not even trying to improve the inflation scenario. The percentage was 35 in January 2021.

Modi’s big USP with voters is intent. Even when he fails they say he’s at least trying. Saaf niyat etc. But India Today Mood of the Nation Survey says for the first time more than a majority of people think he’s not even trying his best to control inflation. pic.twitter.com/pXqY6DJWE8

There is also scepticism on not just the government’s efforts but even the date it puts forth as 71% of people said that there are more people who have been affected by COVID-19 than the official numbers say.