Narendra Modi is a 'Strong' Leader. So Why Have His Eight Years as PM Been So Underwhelming?

While his regime has demonstrated clear skill at winning elections and corporate support, its ability to provide India with an efficient administration has declined sharply. 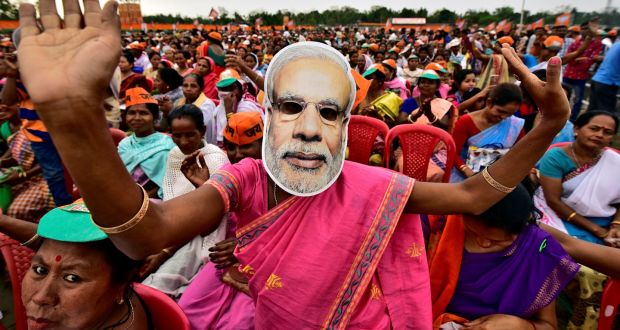 A woman wearing a mask of prime minister Narendra Modi dances at an election campaign rally in Morigaon district in the northeastern state of Assam, India, on April 5th. Photograph: Anuwar Hazarika/Reuters

The strong leader myth in India has lasted far too long. For a decade, we equated elected autocrats with good governance, faster growth and stronger economy. We were led to believe that leaders who could act independently could take bold decisions and thus provide good governance.

However, after eight years under a ‘strong government’, we are now caught in a K-shaped drift: on one hand, the Narendra Modi dispensation has gained increased political power to win elections and exert firm control over the party and the government it leads. However, its ability to provide an efficient administration has declined sharply. Clearly, the Modi regime is caught in a power paradox trap, symptoms of which were visible as early as 2017.

The paradox of power is a situation in which political domination can, paradoxically, reduce one’s actual power to shape and guide society and the administrative system. In Modi’s case, it works at two levels. Apart from the divergence between political power and governance, there has also been a stark mismatch between its economic initiatives and its ability to show results.

Modi is a prime minister who takes his own decisions and enforces them without the backup of coterie, caucus or back room boys. With all his charisma, even Jawaharlal Nehru had to reckon with the presence of stalwarts like Sardar Patel and G.B. Pant. But Modi does not suffer from any such constraints. He could surprise his ministerial colleagues with sudden demonetisation or change chief ministers without a whimper.

He has everything at his command, from popular support to corporate financing. He could disband the Planning Commission or announce a set of election-oriented populist programmes. Corporate media, which went on assailing the UPA for such profligacies, readily extended its support to Modi. As PM, he need not care for coalition allies or meddling by 10 Janpath. Every major decision of this government is announced by him personally. 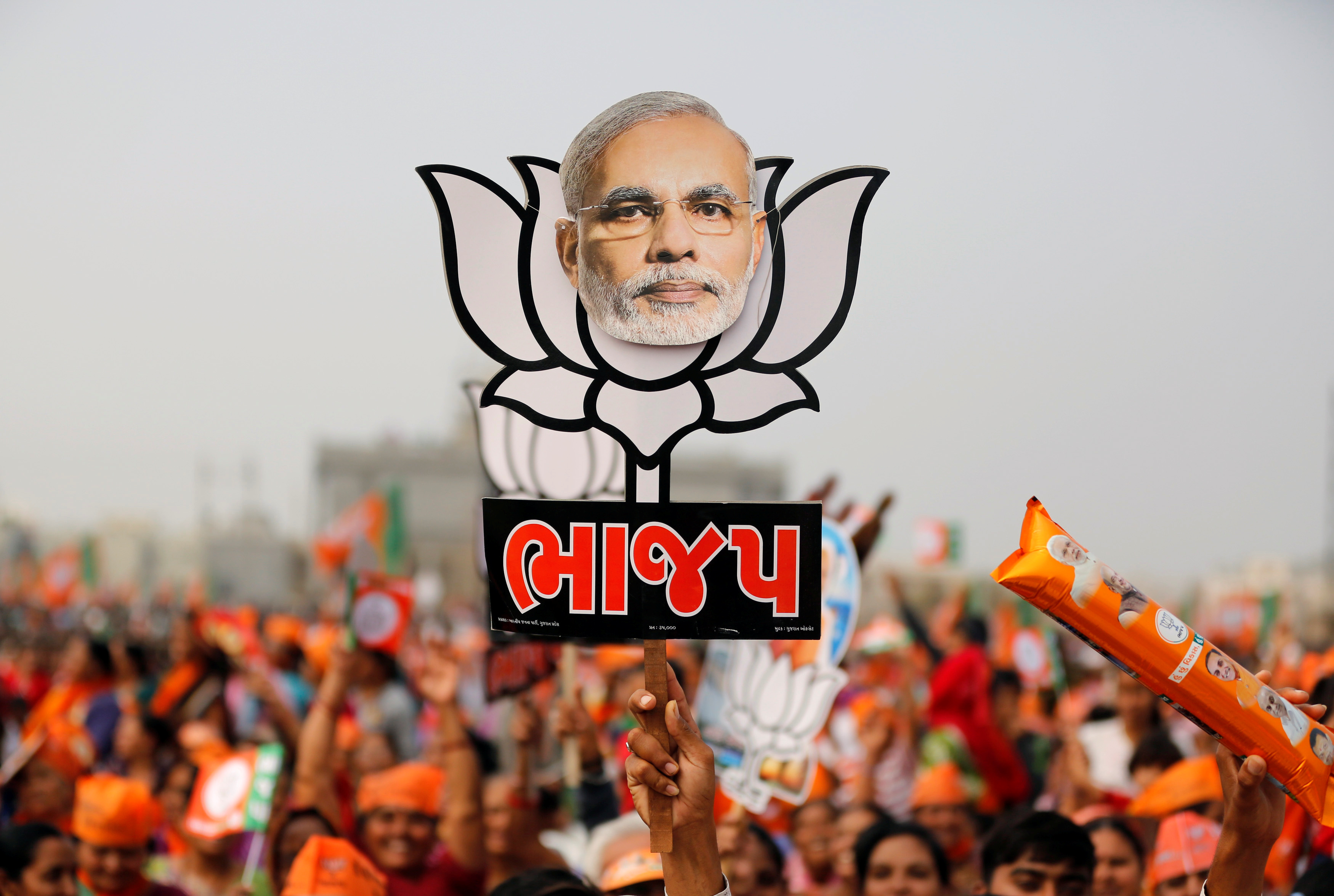 Modi has the last word on all matters. He sets the national agenda and political narrative. The opposition is left to react. His enhanced image as a great mobiliser gives him an aura of invincibility. The tragedy has been that despite all the political power at his command, his government’s ability to deliver has been dismal.

He pushed the classical economic reform agenda with breakneck speed. In the case of ease of doing business, as early as 2018, India jumped 23 places to 77th position. Yet investment remained slack. Last year, FDI equity inflow suffered a decline. In spite of widespread data fudging, eight years of Modi-Amit Shah rule has left us with an unemployment rate of 7.8%. Wholesale inflation rose to a 17-year high in April on price rise across all items.

For all his bravado about rooting out terrorism, violent incidents in Kashmir rose by 37% in 2020. This was a year after Union home minister Amit Shah offered his shock remedies like the reading down of Article 370.

In routine administrative decisions, the governance deficit has been even starker. Take the case of national defence, this government’s winning formula. In December 2015, the prime minister had promised to transform the Indian military to make it more agile and technology-driven. However, during the past seven years, only a few standalone decisions have been taken, but not any coordinated initiative to make the defence forces technology-driven.

For over five months, the post of the chief of defence staff has been lying vacant. The post was created in December 2019 with great fanfare. Now we are told that the government is having second thoughts on the very need for a CDS. Such flip-flops have become a hallmark of this government’s style of functioning.

The volte-face has been all the more marked in the case of wheat exports. Just this month (May), Modi during a visit to Copenhagen made a grandiose offer to supply food grains ‘to save the world from hunger’. This was followed by the announcement of large-scale wheat exports. But within 10 days the government made a U-turn and banned wheat exports altogether. The move left thousands of wheat-laden trucks stranded at Kandla port. Then came another reversal: permission to fulfill existing commitments.

A few weeks before the wheat export fiasco, it was the turn of a coal shortage muddle. Throughout April, India was reeling under a serious power shortage triggered by erratic coal supplies – a typical case of governance deficit and lack of coordination. Bad planning and poor economics heightened the power crisis. States like Andhra Pradesh, Uttar Pradesh, Bihar, Punjab, Rajasthan, Haryana and Jharkhand suffered a 16-hour power outages.

The Railways cancelled as many as 670 passenger trains to hurriedly move coal rakes to thermal plants. Then , a panicked administration allowed thermal plants to import 10% more coal to meet this man-made crisis.

In another case of ad hocism, the prime minister on May 23 announced India’s resolve to join the US-sponsored 13-nation Indo-Pacific economic framework. Going by the critics, many of the provisions in the document will go against India’s interests. According to experts, the US document on the alliance which the prime minister endorsed, leaves unexplained crucial points of concern to India.

As a floundering strongman, Modi is not an exception. A 2017 Royal Melbourne Institute study carried by Leadership Quarterly found that authoritarian leaders are generally poor performers. Apart from bad economic management, autocrats failed in crucial areas like employment, health and education. Explaining the reasons for the authoritarian failures, the study says that the key to best governance is citizen participation in policy making and administration.

The study highlighted the fact that democracy is the only practical mechanism that can safeguard the right of citizens to good governance. “Good governance is organically combined with democracy,” it says. It seeks to counter the myth that a strong and stable government alone can provide efficient administration.

For Modi, the absence of deliberative democracy has made things even worse. Take the farmers’ agitation and withdrawal of the three farm laws. Had the government allowed free and fair debate in parliament, the humiliation could have been avoided. Free debates always provide the necessary feedback.