Information available in the public domain paints an altogether different picture from the latest yarn defence minister Nirmala Sitharaman has tried to spin. 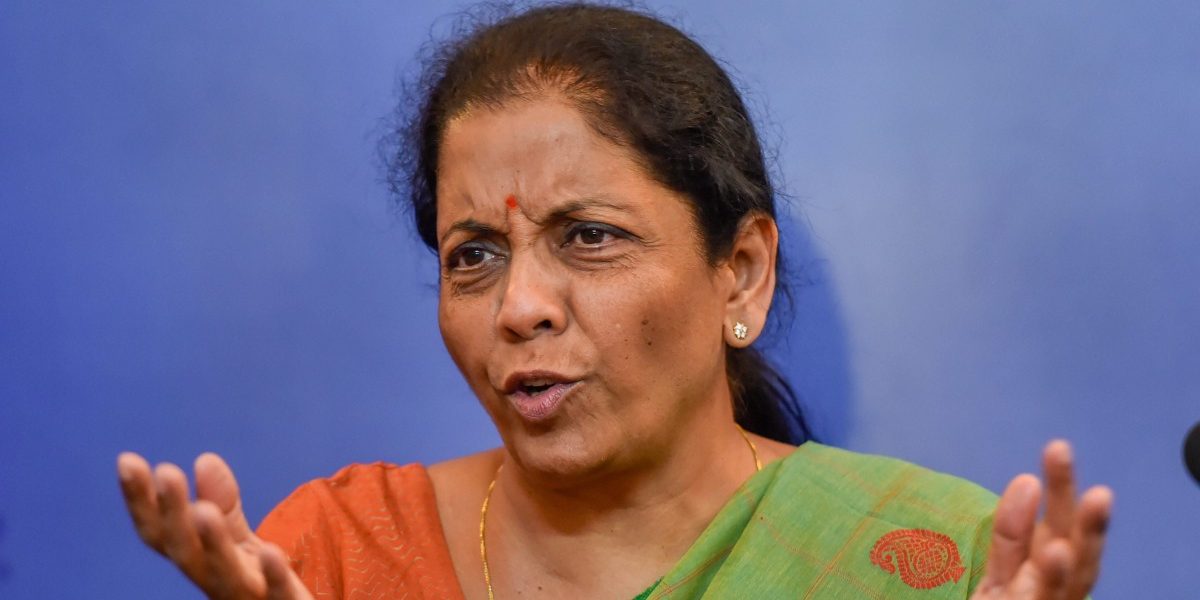 The latest change in goalposts with regard to the Rafale controversy has been the role that Hindustan Aeronautics Ltd (HAL) did, or didn’t, play in the deal being changed at the last minute.

In two press conferences held in the last ten days, defence minister Nirmala Sitharaman has pointed fingers at the UPA-II government for the failure of the negotiations with Dassault Aviation and the inability to conclude an ongoing deal for 126 Rafale fighter aircrafts.

In her remarks, Sitharaman has blamed the previous government for dropping HAL from the deal, and went on to allege that the poor state of affairs in the defence PSU (which comes under her own ministry) is what stopped the agreement from going through. In particular, the deal couldn’t be sealed because HAL couldn’t agree on terms of production with Dassault.

Her statements have come under fire from the opposition, but have also been countered surprisingly by former HAL boss T. Suvarana Raju, who only three weeks ago stepped down from his position.

The shift in the Modi government’s defence is perceptible. Instead of giving clear explanations for why the deal was changed at the last-minute, despite all publicly-available evidence indicating that the larger 126-fighter contract was on track, it has shifted blame to the UPA-II and HAL.

However, information available in the public domain paints an altogether different picture.

Since mid-2014, the NDA-II government picked up the threads of the original 126-aircraft Rafale deal from the UPA-II government and continued to iron out potential disagreements. As The Wire pointed out last November, Dassault Aviation CEO Eric Trappier said in a press conference on March 25, 2015 – a mere 15 days before Modi’s surprising announcement to purchase 36 Rafale jets in a fly-away condition –  that contract negotiations with India on the 126-aircraft deal was 95% completed. Significantly, Trappier said this in the presence of senior IAF and HAL officials

The Modi government has done little to explain what changed in the 15 days from March 25 to April 10, 2015, which made the initial deal collapse and the new one come about.

But what of the differences between Dassault Aviation and HAL? Exactly a month before Modi’s announcement in Paris, Trappier presented his company’s 2014 annual report. On page 9, the document notes “the continuation of exclusive negotiations with the Indian authorities and Indian industrial partners to finalise the contract for the sale / licensing of 126 RAFALE”.

In other words, Dassault’s own document shows that, as on March 10, 2015, negotiations between Dassault Aviation and the GoI/HAL had not failed as Nirmala Sitharaman claims. Furthermore, Defence–Aerospace, a respected French defence news website reported on March 11, quoting Eric Trappier: “Now, there will be a shared warranty as each partner will be responsible for its own work, Trappier told reporters here, “and HAL will provide warranties for its own work.”

This was in light of disagreements over product responsibility and liability. The Indian government has been insisting that Dassault take responsibility for the aircraft assembled by HAL, over which it had no control, and both sides had been wrangling over this point for the better part of two years.

The Defence-Aerospace article further adds: “This is the same warranty arrangement that is currently in force for the two companies’ work on the ongoing upgrade of India’s fleet of Mirage 2000H fighters, and it is not clear why it was not adopted from the start.”

On the issue of cost escalation, it states: “He [Trappier] also declined to provide any clarity among the conflicting cost figures published in India on the Rafale contract, but he did say that, in euros, its cost has not increased since 2012. And the euro’s depreciation compared to the US dollar makes Rafale more competitive than its foreign competitors, he added.” 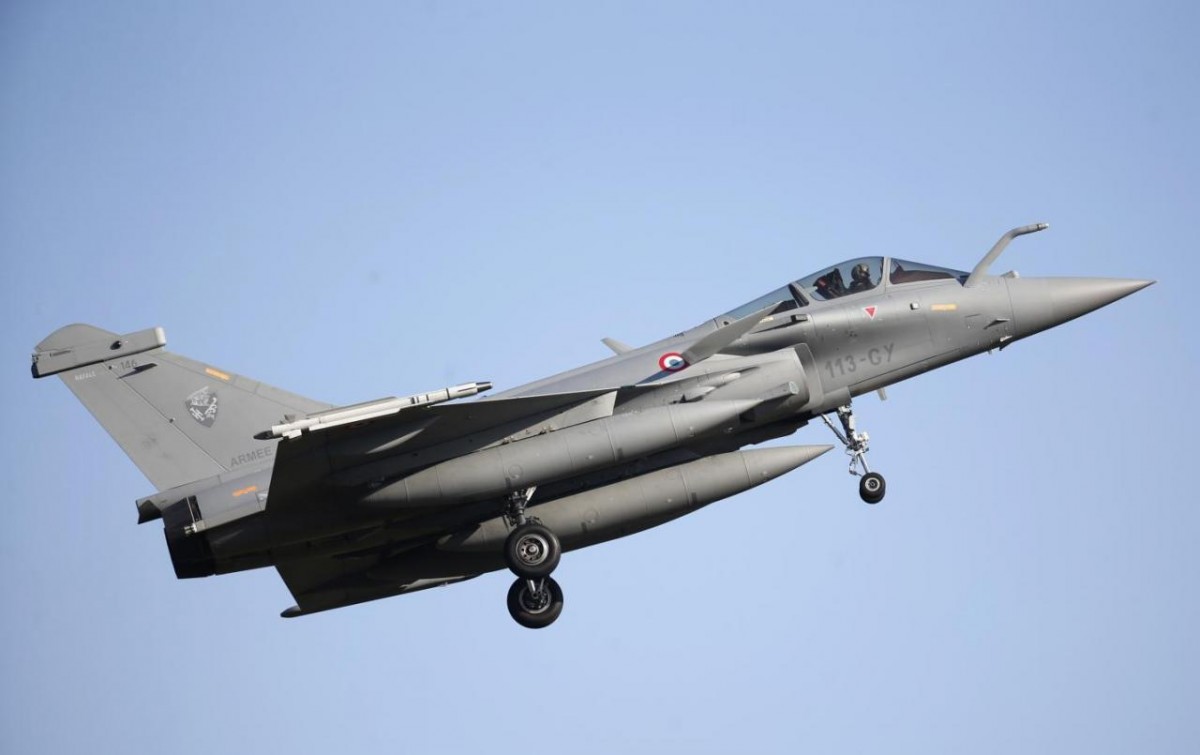 On March 13, 2015, Aviation International News published an article with the headline “Dassault Agrees Rafale Workshare With India” which reiterated the same thing.

On March 11, Aviation Week Network published another article with a headline “Dassault, HAL To Be Co-Contractors On Indian-Built Rafales”.

It quotes the Dassault CEO as saying: “This is the first time Dassault agrees to be a co-contractor.” He said this following his company’s annual earnings conference March 11.

“Dassault and HAL will both take responsibility for the part they will each build on the Rafale aircraft made in India,” he continued, asserting the commitment is in line with the Indian government’s initial request for proposals under the Medium Multi-Role Combat Aircraft (MMRCA) tender.”

On price escalation, it states: “Trappier did not confirm the amount of the MMRCA contract, saying only that Dassault’s offer “stays the same.”

In India, NDTV published the same news on March 3, 2015, but with more details. Quoting anonymous sources, the report notes: “Sources said the deal is complex and requires both sides to be in sync on commercial factors, logistics and HAL’s ability to assemble the Rafale. For instance, the radar on the Rafale jet is to be manufactured by Bharat-Electronics Ltd (BEL) in Bangalore. The Radome (the protruding snub nose on the aircraft) would, however, be manufactured by HAL at its Hyderabad facility. Dassault wanted clarity on how the two units would coordinate their activities.Now, HAL has apparently agreed to set up a new facility close to the one that BEL has in Bangalore.”

All these things make it clear that negotiations between the Indian government and Dassault Aviation for 126 Rafales did not collapse because of HAL as Sitharaman claimed. At least till March 25, 2015, HAL was very much a part of the 126 Rafale deal, and a number of contentious issues had been ironed out.

While what happened between March 25 and April 15 still remains unclear, we do have some new details.

On April 24, 2015, two weeks after Modi’s announcement to procure 36 Rafale jets, the Anil Ambani-led ADAG incorporated a new company – Reliance Aerostructure Limited with 5 lakh rupees each authorised capital and paid up capital, according to information available on the corporate affairs ministry website.

While the actual JV company was incorporated in February 2017, information published by Dassault shows that the joint venture was created just days after the Modi government’s decision to go with a smaller deal.

To recap, less than a month before Modi’s Paris announcement, Dassault Aviation’s CEO claimed 95% work of the 126-aircraft deal was over, that it had signed a work-share agreement with HAL. However two weeks later, the prime minister unilaterally decided to pull out of this deal because – we are now being told – of various inefficiencies and high costs associated with a HAL-Dassault co-production.

As a result, Dassault ended up choosing a newly-formed Indian company that had precious little experience in aviation manufacturing.

Ravi Nair is a consultant and tweets at @t_d_h_Nair