Modi repeated several times the necessity to be 'self reliant'. 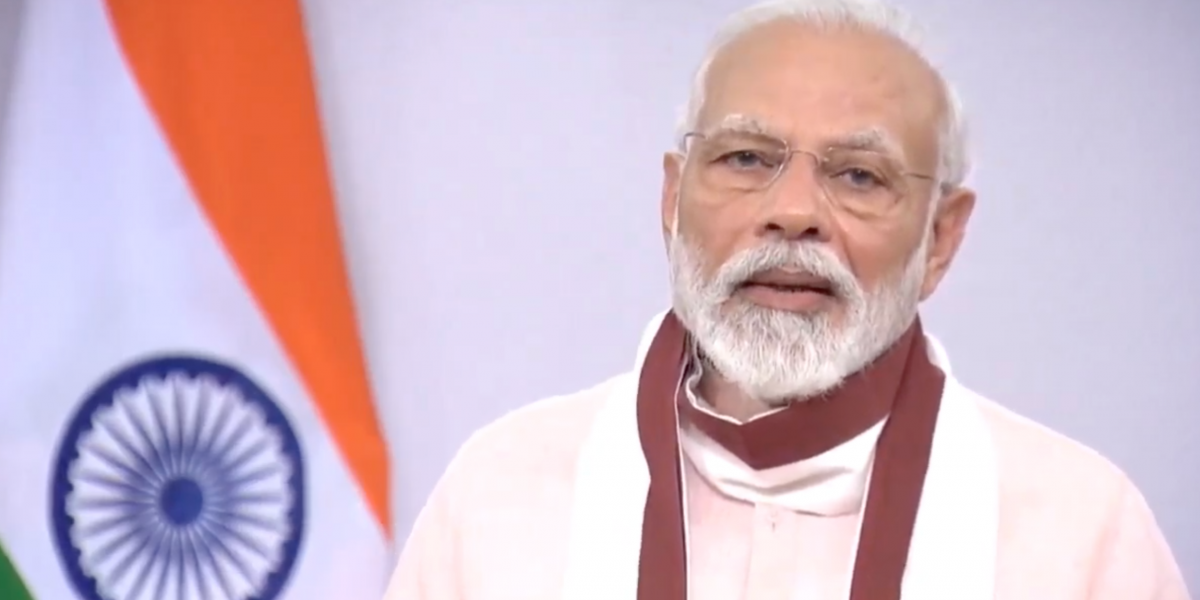 The Wire Staff
Government
Politics
12/May/2020

New Delhi: More than one and half months since he called for the nationwide lockdown to counter the spread of coronavirus, prime minister Narendra Modi announced an economic package, which he said was worth Rs 20 lakh crores.

“This is nearly 10% of the country’s GDP and will help India on its road to become self reliant,” he said.

Modi spoke at length on the nature of the package and how it would offer succour to all sections of society, but said the finance minister, Nirmala Sitharaman, would give details on the package tomorrow, May 13. He also coined a phrase, “20 lakh 2020,” referring to the year and the amount.

Notably, the prime minister announced the fourth phase of the lockdown, and said details on it will be made public before May 18. He said the latest lockdown would follow rules that were very different from the earlier phases but offered no other detail on what the rules would be.

Focusing largely on the necessity to produce more in India, he said everyone would have something to strengthen their area of work in the financial package. “The local is not just necessary, but our responsibility,” he said, focusing on the MakeInIndia maxim.

“Be vocal for the local,” Modi said.

Also read: India Needs a Big-Bang Stimulus, Not Sermons on How There Is No Free Lunch

Three of his government’s big moves – Jan Dhan Yojana, the Aadhaar, and mobile – said Modi, had sustained India at the time of the lockdown. It is not entirely clear what Modi meant by ‘mobile,’ although he could have referred to internet services and apps.

Modi began his speech with a reckoning of how many people have been affected by disease worldwide, offering figures of those infected and hurt. He extended condolences to all who have lost people and mused on the extent to which the virus has affected humanity.

For nearly the first 20 minutes of one of his longest addresses, Modi urged people to remain alert and spoke on India’s role in the pandemic, likening the efforts to stop the spread of the virus to a “fight.”

Also read: What Modi and Bhagwat Mean By Saying the Main Lesson from COVID-19 is ‘Self Reliance’

“Last century onwards we have heard that the 21st century is Hindustan’s…When the coronavirus pandemic started, India did not produce even one PPE kit, or an N-95 mask. Now, everyday we make 2 lakh PPE and 2 lakh N-95 masks,” he said.

India is not self centred in its self sufficiency, he added.

Modi touched upon several aspects of India’s achievements, from British rule, the Y2K technological concern, the fight against TB, yoga and global warming. Nearly 20 minutes of his speech was spent on India’s history and identity. While the prime minister spoke, his office tweeted with the #AatmanirbharBharat hashtag.

Pillars of this self-reliant India, Modi said, were five. They are paraphrased below:

The prime minister’s address was announced ahead of time through his Twitter handle. It comes a day after he interacted with chief ministers in a video conference on the way forward with the nationwide lockdown.

During the interaction, which was also attended by defence minister Rajnath Singh, home minister Amit Shah, finance minister Nirmala Sitharaman and health minister Harsh Vardhan among others, the prime minister sought inputs from states on the way forward in fighting the pandemic.

During the video conference, some chief ministers also sought measures to expand the testing infrastructure, while many of them also demanded fiscal support for the states due to the pandemic having hit hard various revenue-generating economic activities.