'When You Say Nothing At All': Social Media Reacts to PM Modi’s Latest Speech

Responses on social media called out the prime minister for failing to take on any accountability for the current state of the crisis in the nation. 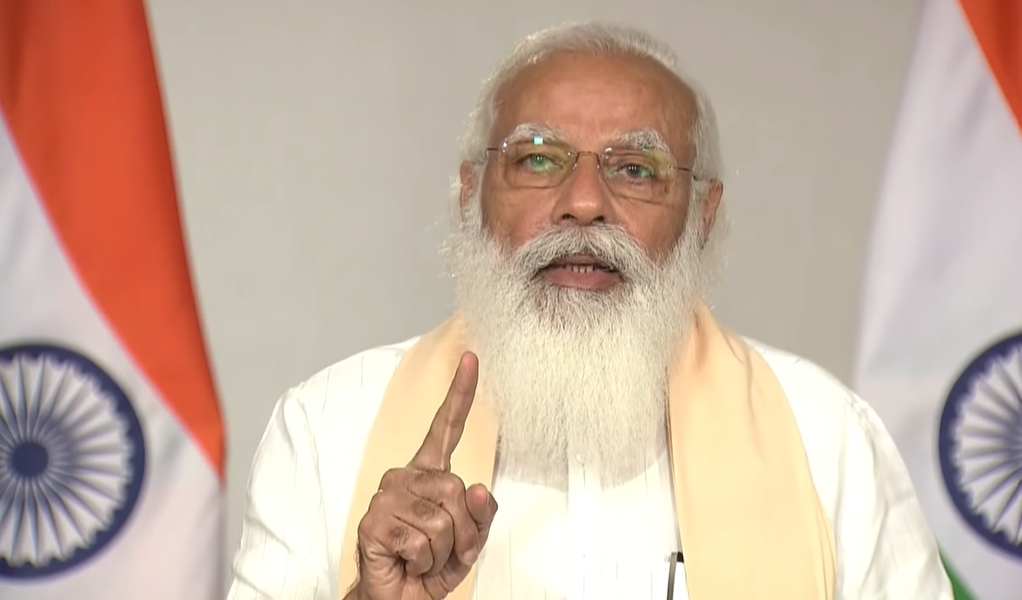 New Delhi: On Tuesday, April 20, the Prime Minister’s Office announced that Narendra Modi would be addressing the nation at 8:45 pm on the COVID-19 situation.

With Modi’s speeches amidst the health crisis previously signalling sweeping changes, many wondered whether this address would provide clarity on uncertain issues like lack of price caps for the now-liberalised vaccine market, a roadmap for health infrastructure to address supply chain issues causing a critical lack of oxygen, or even an impending national lockdown.

However, it was not to be. Prime Minister Narendra Modi’s speech conspicuously lacked logistical information on the way forward, and focussed instead on reassuring platitudes – which did not work the way they were intended.

Also read: COVID-19: Delhi Hospitals Get Fresh Supply Of Oxygen, but Stocks May Last For Only ‘Two Days’

Responses on social media called out the prime minister’s callous disregard for the extent of the crisis and how he failed to take any accountability for the current state. Comic Azeem Banatwalla said, “So the general gist of the Modi speech is, “Hey, we aren’t able to handle this anymore, why don’t you try?”

Modi warned states that a lockdown should be considered a last resort, while simultaneously urging citizens to stay in their homes and maintain COVID-19 hygiene protocol. He called on the support of ‘bal mitron’, or the nation’s youth, to form committees to ensure that these protocols were being followed. This was widely considered a bad idea.

Hot take: the youth AREN'T supposed to come together to handle a pandemic. The government is. https://t.co/J8UX46l1SE

Comedian Danish Sait did a satirical bit about conversations happening after the speech saying, “Government has not announced lockdown, but he has requested my 10-year-old bal mitra to lock me inside the bedroom.”

The comedian’s character goes on to ask, “Any new information he has given sir?” to find the response, “Chhe chhe, god bless, nothing like that sir, you can watch any old speech on Youtube, same information.”

The absence of any real value add from the speech was a consistent theme.

Modi’s address might as well have been a camera pointed at a blank wall. He literally said nothing of value nor did he give any info about how things will get better

He’s put the onus on the states, which tbh might be the best thing since clearly the central govt doesn’t care

This speech could have been a whatsapp forward.

Me the next time someone asks me to fulfil my responsibilities and do my job pic.twitter.com/b5Vg4Ndn59 People talked about the very real actions that need to be taken, and the absence of any transparent strategy to address them. 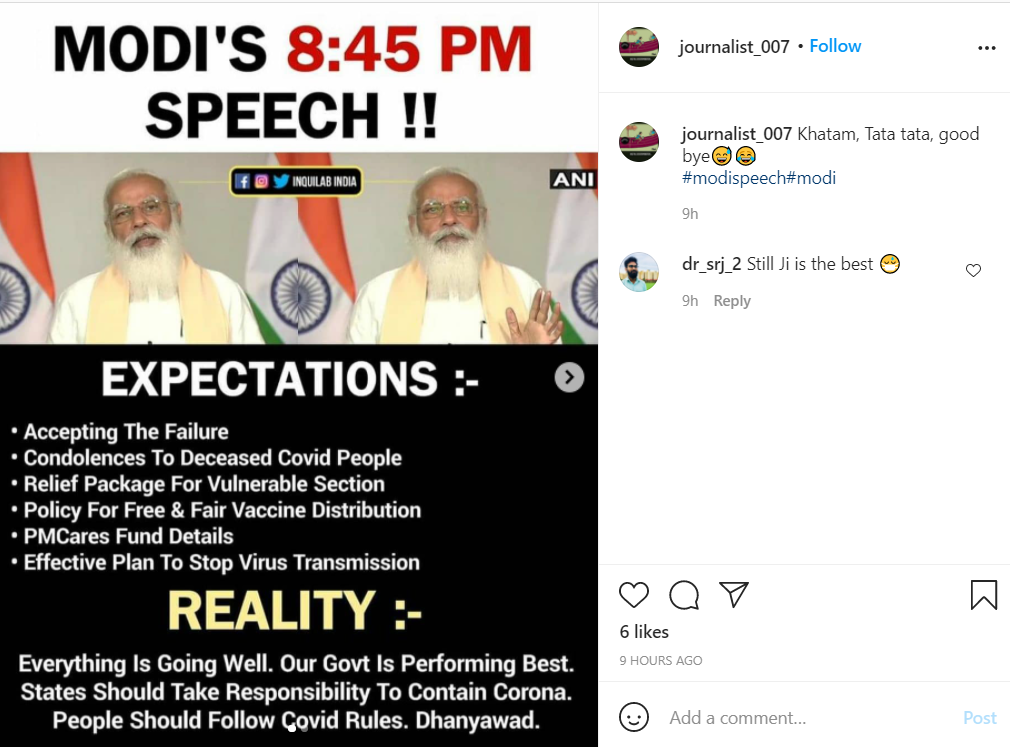 One Twitter user drew it all together in the prime minister’s own words criticising Manmohan Singh in 2013.

PM @narendramodi summing up his speech from last evening. pic.twitter.com/4wra2H4vWI