National Lockdown to Run Till May 3, Relaxations Possible From April 20: Narendra Modi 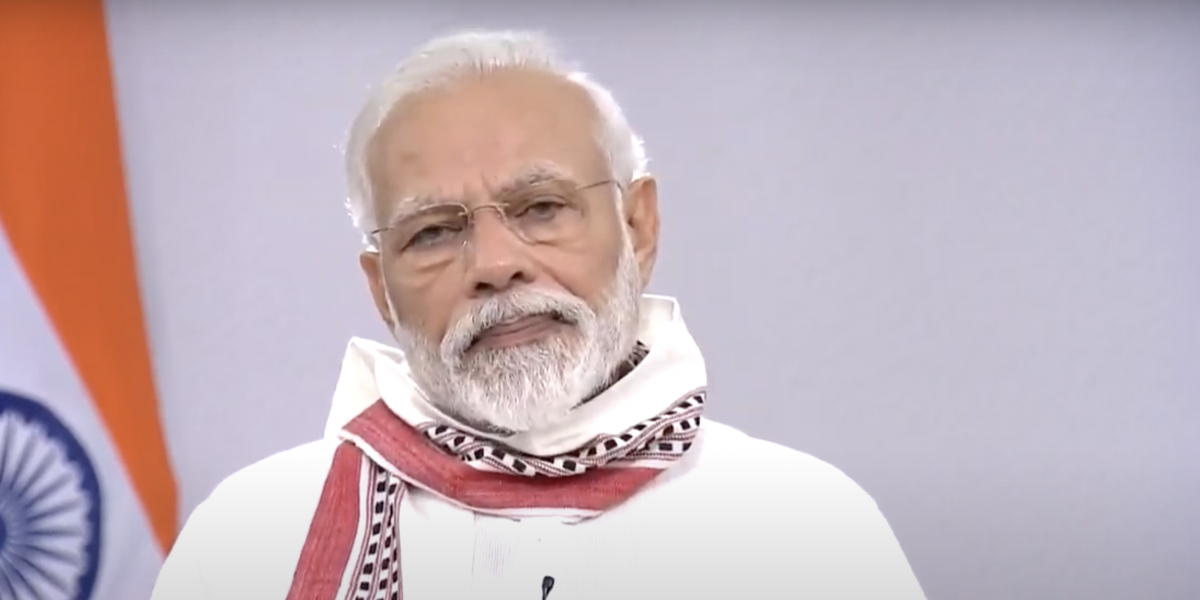 New Delhi: In his address to the nation on Tuesday morning – the last day of the national lockdown he had announced on March 24 – Prime Minister Narendra Modi said the restrictions currently in place have been extended till May 3 so as to stem the spread of COVID-19. He added that the lockdown will be enforced even more strictly from here on.

Till April 20, every district and village will be viewed carefully to see how firmly the lockdown is being followed and the rules will be even more stringently enforced. “Those who pass this agni pariksha (fire test) and do not allow more hotspots to develop, just there, from April 20, some additional essential activities may be allowed,” Modi said. But this will be conditional and there will be stern regulations on going out, he continued.

New guidelines have been developed, he said, with details on how to take this forward, and they will be published tomorrow. The focus of these guidelines, he continued, will be the poorer sections of society who have been worst hit by the lockdown. he said the guidelines would be issued on April 15.

Unlike his March 24 address, Modi made it a point this time to talk about issues of food supply and health services. The supply chain will not be harmed at all, he promised, and the government will ensure that the rabi harvest is able to continue as planned.

Modi said that since the time India started its fight against the novel coronavirus, it has been trying to ramp up its health infrastructure. “Now, 220 laboratories are testing. We have more than one lakh beds for COVID-19 cases. And more than 600 hospitals have been dedicated to fight the coronavirus.”

‘India has done better than others’

Speaking live at 10 am, Modi began by thanking the people of India for being “disciplined soldiers” in the country’s “time of need” and following the coronavirus-induced lockdown.

In line with the BJP’s efforts in the past few years to try and harness Dr B.R. Ambedkar’s legacy on his birth anniversary, Modi said following the lockdown was a “true tribute” to him.

The prime minister brought up the fact that it is the time of harvest festivals across the country, which mark the start of a new year. “In the midst of this lockdown, the way people in the country are following rules and staying in their homes even to celebrate festivals, it is really encouraging and praiseworthy. I wish all of you and your family members a very prosperous new year.”

The pandemic situation is now known across the country, Modi continued, and how India has attempted to stop the outbreak has been both “because of and for” the people of India. “Even before any cases had been reported”, he said, airport screening had begun for those who came from affected countries. While the government has made this claim before, the first case in India was actually detected on January 30, while screening and even travel bans on passengers from the worst affected coronavirus countries came much later.

Modi referred to his own decision of a 21-day lockdown as a “big” one, that pre-empted the problem quickly and did whatever possible.

In this situation, the prime minister said, it is not good to compare one country to another – but he then added, “Compared to developed countries across the world, India is in a much better position”. “About 1-1.5 months ago, some other countries were at the same level as us. But today, they have 25-30x more cases than us. Thousands of people are dying there. If a holistic, integrated approach had not been taken here and acted speedily, I don’t even want to imagine where India would have been.”

“It’s now clear that the road we have taken is the right one,” the prime minister continued. “Social distancing and lockdown have been very beneficial. If we look at it purely economically it may look expensive, but Indians’ lives cannot be valued economically. …State governments and organisations have been working very responsibly on this.”

“But friends, even with these efforts, the way the virus is spreading, it has made health experts and governments even more alert. Even here, we have been discussing how to take this battle forward, defeat the virus and go on. I have had multiple discussions with the states. Several states have already extended the lockdown, and we have to do that nationally, till May 3.”

While concluding his speech, the prime minister gave Indians “seven recommendations” – keep the elderly in your households safe; follow the lockdown and social distancing intently, and use homemade masks; to increase your immunity, follow guidelines issued by the AYUSH ministry like drinking hot water; download the Aarogya Setu mobile app; help as many poor families as possible and feed them; do not fire anyone in your company; and respect and love ‘our corona warriors’ like health workers, police, etc.

These seven steps, he said, will “take us to victory” and so all Indians must follow them till May 3. “Stay where you are, stay safe,” Modi said. “We will keep the national alive and alert.”

Of these seven recommendations, medical experts have questioned the claim that immunity against the coronavirus can be boosted by the AYUSH ministry guidelines. The Aarogya Setu app has also raised privacy concerns.