The part where Modi said that no one had entered Indian territory appears to have been removed from the PMO's official YouTube channel. 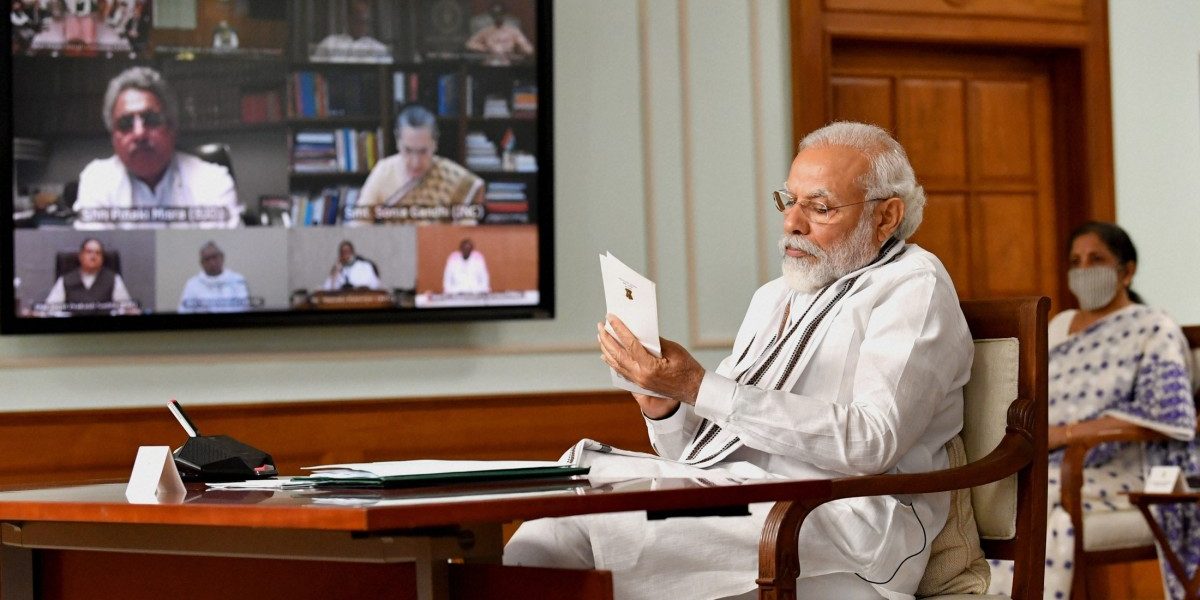 New Delhi: Prime Minister Narendra Modi’s words that “no one has intruded into our territory” have attracted so much criticism that the official Prime Minister’s Office video recording of his remarks appears to have excised this line.

In his closing remarks at the all-party meeting on China on June 19, Modi said, “Na koi wahan hamari seema mein ghus aaya hai, na hi koi ghusa hua hai, na hi hamari koi post kisi dusre ke kabze mein hain (No one has intruded and nor is anyone intruding, nor has any post been captured by someone).” The remarks were carried live on television.

The all-party meeting had been convened by the prime minister after India lost 20 soldiers in a clash with Chinese soldiers on night of June 15. The Indian military team had gone over to dismantle Chinese structures as part of the disengagement process of the month-long stand-off agreed by senior commanders on June 6. With China also reported to have suffered casualties, this was the first time in 45 years that lives had been lost during a clash at the Line of Actual Control.

The video of the closing remarks was carried on television channels and streamed live on the two official YouTube channels associated with the prime minister.

As soon as Modi uttered those words, it led to an outcry as his statement contradicted India’s position.

Two days earlier, the Ministry of External Affair had accused Chinese troops of crossing the Line of Actual Control and trying to erect a structure in the Galwan Valley. Also, Chinese troops continue to remain at Pangong Tso lake till Finger 4, where India’s claim line had crossed Finger 8 – one of the mountainous spurs that jut out into the lake.

A news producer of Chinese state news television network CGTN posted a clip of Modi’s remarks on “no one had intruded” with Chinese subtitles on his Twitter account.

“No outsider was inside #Indian territory in #Ladakh nor had any border post of the Indian Army captured by outside forces.” Chinese media has translated the speech by #Indian Prime Minister Narendra Modi on an all- party meet called by him on Friday. #ChinaIndiaFaceoff pic.twitter.com/mM58NBjytG

While Modi was seen on live television saying that no one had entered Indian territory, the official press note from the Prime Minister’s Office paraphrased Modi’s words to make them entirely in the present tense. “At the outset, Prime Minister clarified that neither is anyone inside our territory nor is any of our post captured,” said the press statement.

A day later, on June 20, seeking to refute what it said were “mischievous” interpretations of Modi’s remarks, the PMO issued a long clarification that didn’t respond to the criticism directly or quote the sentence directly. Rather, the statement mentioned that the “violence in Galwan on 15 June arose because Chinese side was seeking to erect structures just across the LAC and refused to desist from such actions”. Government sources later sought to clarify to reporters that the ambiguous phrase “across the LAC” refers to the Indian side, but not at a great depth.

Also read: Modi and the Illusion of Chinese Intrusions at Ladakh

Even as the PMO sought to clarify what Modi really meant, the criticism probably stung enough for someone on his team to decide it was best to remove the offending words from the PMO’s official YouTube channel.

Modi has two associated verified channels on YouTube – Narendra Modi and PMO India. Both of them carried the June 19 remarks live and the videos remain available on these channels. While the length of the video on the Narendra Modi channel is nine minutes and 20 seconds, the duration of the video on the PMO India channel is seven minutes and 35 seconds. Incidentally, the ruling party’s official YouTube channel has also uploaded the video which clocks a length of 9.20 minutes.

The two longer videos start in the middle of a sentence with the phrase ‘…vichaar rakhe hai jo bahut mahatvapurna hai”.

Since the video was streamed live on both official channels, but only the one on the PMO India channel has a shorter length, a possible explanation is that the clip was trimmed later. Trimming online is not only technically feasible but frequently resorted to by video editors when the actual streaming starts before a live event begins.

The only other explanation is that the normally tech savvy PMO messed up the live streaming on its official channel and only managed to get the broadcast going just after he had said the words ‘Na koi wahan hamari seema mein ghus aaya hai’.

On June 22, former PM Manmohan Singh had said that the prime minister “must always be mindful of the implications of his words and declarations on our nation’s security as also strategic and territorial interests”.

He also added that the prime minister “cannot allow them to use his words as a vindication of their position and must ensure that all organs of the government work together to tackle this crisis and prevent it from escalating further”.

The Hindu reported on June 21 that Chinese state run media and commentators had praised Modi’s speech as downplaying the stand-off and leading the way for de-escalation.

Former Indian foreign secretary and a preeminent China watcher in India, Shyam Saran wrote in his column for Business Standard that Modi’s remarks had “created confusion about India’s stand on the border and could seriously compromise our position in boundary talks”.