'We Need to Save the Nation from Lockdown': PM Modi Asks Migrant Workers to Stay Put

'I request state governments to think of the lockdown as a last option and instead focus on micro containment zones.' 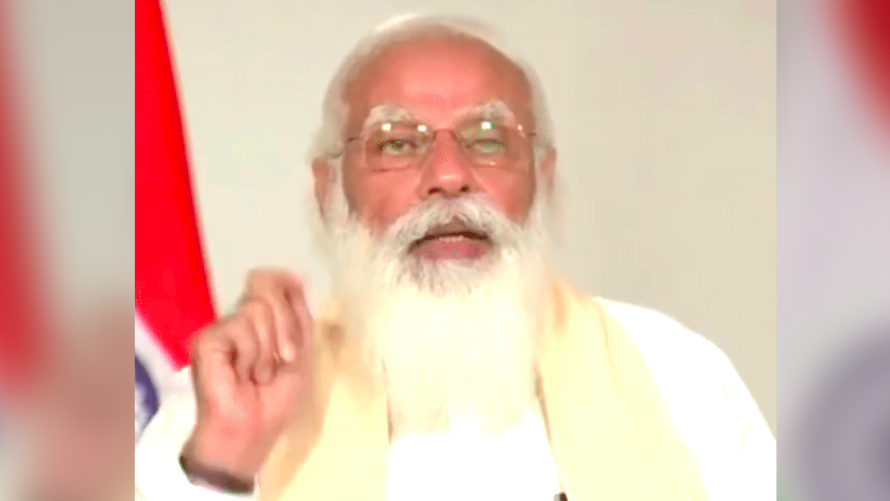 New Delhi: On a day when several states announced or hinted at lockdowns, night curfew and other restrictions as India’s active COVID-19 cases crossed 20 lakh, Prime Minister Narendra Modi said in a televised address that the country needs to be saved from a lockdown.

“I request state governments to think of the lockdown as a last option and instead focus on micro containment zones,” he said. He asked youngsters to form committees in their neighbourhoods to ensure that COVID-19 guidelines are maintained.

Without mentioning events involving enormous crowds like the Kumbh Mela endorsed by BJP leaders and election rallies in West Bengal – where he has been campaigning aggressively – Modi spent a significant portion of his 20-minute speech stressing that the country is better prepared to tackle the “second wave which has come as a storm” than it was last time.

“Last year we did not have corona-specific medical infrastructure…we did not have labs, there had been no PPE production, or any knowhow on the disease,” he said.

However, the Modi government had in fact, allowed the export of crucial items of the PPE until days before the March lockdown as The Wire had then reported.

“We are trying that livelihoods are affected least. The opening up of the vaccination drive will ensure that workers in the cities will be able to be vaccinated.

He stressed that migrant workers must be encouraged to remain where they are, by state governments. “Tell them that they will get the vaccine in whichever city they are in and their work will also go on,” Modi said.

Modi’s announcement of the lockdown last year, with a four-hour notice, had left migrant workers with little option but to walk home from cities – leading to an unprecedented humanitarian crisis.

With medical infrastructure and supplies grappling with the shortage – especially of medical oxygen – the prime minister said efforts were being made to distribute one lakh oxygen cylinders, build new oxygen plants and have the ‘Oxygen Express’ reach places where it needs to.

“We are working on the oxygen crisis,” Modi said.

He however, did not mention the plight of thousands of people with no recourse but to run from pillar to post over medical oxygen.

When the Prime Minister’s Office had tweeted at 8.05 pm that Modi will address the nation in 40 minutes’ time, his tweet was greeted with requests from people to help secure oxygen, remdesivir injections and hospital beds.

Modi extolled the fact that India has been abled to vaccinate 12 crore people and has the cheapest COVID-19 vaccine in the world. “The pharma sector has also increased production of medicines, in comparison with January and February. I spoke to pharma experts yesterday…we are lucky we have such a strong pharma sector,” he said.

Modi also repeated his government’s announcement from yesterday, that those above 18 years would get the vaccine. “Fifty percent of the vaccines would be sent to state governments and hospitals,” Modi said, adding that the government will be disseminating free vaccines in government hospitals for the poor.

The prime minister thanked healthcare workers, law enforcement and sanitation workers for their service and condoled the loss of lives in the pandemic.

Modi has addressed the nation a number of times during the COVID-19 crisis. The most significant of them, on March 24, was the announcement of the nationwide lockdown with a notice of four hours.