Nagaland Killings: Demands to Repeal AFSPA Continue, Including in Parliament

The Nagaland cabinet decided during a meeting to write to the Union government and demand that the law should be repealed.

Placards and a black flag are put up at the venue of Hornbill festival in solidarity with the civilians, killed in an anti-insurgency operation, in Kisama, Nagaland, December 5, 2021. Photo: PTI

New Delhi: Demands for the repeal of the Armed Forces (Special Powers) [AFSPA] continued on Tuesday, days after the security forces killed at least 14 civilians in Nagaland. While National People’s Party leader (NPP) and MP from Meghalaya Agatha Sangma made the demand in parliament, the Nagaland cabinet decided at a meeting that it would write to the Union government and ask for the law to repealed.

Agatha Sangma, whose brother Conrad Sangma is the chief minister of Meghalaya, said in parliament that it is time that “the elephant in the room be addressed” and the “draconian” AFSPA be repealed. The Meghalaya chief minister and his Nagaland counterpart Neiphiu Rio have already asked for the law to be rolled back.

Speaking during the Zero Hour in Lok Sabha, Sangma, whose NPP is an ally of the BJP in Meghalaya, said that an “unfortunate and condemnable” incident took place in the Mon district of Nagaland in which “14 civilians were shot dead by the armed forces in a so-called counter insurgency operation”.

She said that this was not the first time that an incident like this had taken place in which innocent civilians had to bear the brunt of “draconian laws” like the AFSPA.

“It also reminds us of an incident that took place in Manipur in 2000, in Imphal, which is known as the Malom massacre in which over 10 civilians were shot dead and it prompted a 28-year old Irom Sharmila to go on a 16 year-long hunger strike,” Sangma said.

She noted that various political leaders cutting across party lines spoke about this issue and condemned this on Monday. Union home minister Amit Shah gave a statement regarding the incident and informed the House that a special investigation team (SIT) will probe this issue, she said.

“But I also believe that it is time that the elephant in the room be addressed, which is that AFSPA be repealed,” Sangma said.

“Even the Jeevan Reddy Committee committee had recommended that this act be scrapped. Therefore, on those lines, I would like to say that in the Northeast there have been procedures where the armed forces within themselves can address these issues and a lot of prosecutions have taken place,” she said.

Sangma said that the reason why AFSPA was enacted in 1958 was to ensure that insurgency is stopped in the Northeast but it has not been able to do that. “Instead what it has done is that it has caused civilians to be unfairly tortured, raped and killed,” she alleged.

“Therefore, I take this opportunity not just on behalf of my party, but also on behalf of the people of Northeast, that this act is repealed,” Sangma said. 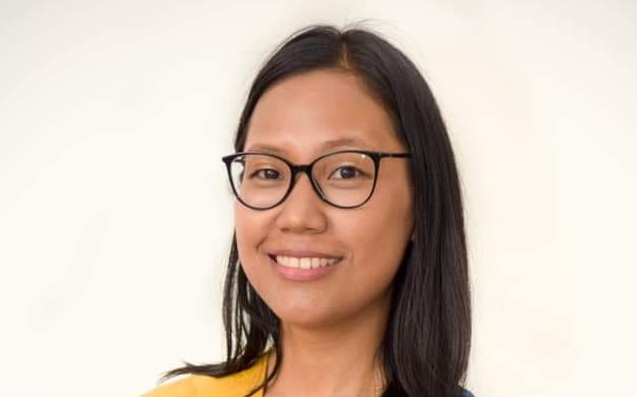 After the workers failed to reach their homes, local youth and villagers went to look for them and surrounded Army vehicles. In the ensuing clash, one soldier was killed and Army vehicles were burnt. Soldiers opened fire in ‘self-defence’, killing seven more civilians.

At least one more person was killed on Sunday.

The Indian Army has ordered a court of inquiry headed by an officer of major general rank into the Nagaland incident.

On Tuesday, the situation remained “tense but calm”, according to PTI.

The state cabinet met and decided to write to the Union government to demand the repeal of the AFSPA. The emergency meeting of the cabinet under the leadership of chief minister Neiphiu Rio also called off the ongoing Hornbill Festival in protest against the killing.

The 10-day Hornbill Festival, the state’s largest tourism extravaganza held at Naga Heritage Village in Kisama near the state capital, was scheduled to end on December 10.

During the meeting, the cabinet was briefed about the action taken following the killing, including setting up of an SIT headed by an IGP rank officer and grant of ex-gratia to the next of kin of the deceased by the state and Union governments, ministers Neiba Kronu and Temjen Imna Along later told reporters.

The cabinet has directed the SIT to complete the investigation within a month, they said.

Kronu said that altogether 14 civilians have died in the incident, while two seriously injured are undergoing treatment in neighbouring Assam, and six are being treated in Dimapur. The firing incidents took place in Oting-Tiru area on December 4 and Mon town on December 5, he said.

A report submitted to the state government on Sunday claimed the army made no attempt to ascertain the identity of the civilians returning from work on a pick-up truck before shooting them in Nagaland’s Mon district on Saturday.

The joint report by the state’s director general of police (DGP) T. John Longkumer and commissioner Rovilatuo Mor quoted eyewitnesses who said the Army’s special forces tried to “hide” the bodies of the six people who were killed in the firing by wrapping and loading them on a pick-up van with the intention of taking them to their base camp.