The government has asked police and security forces to be prepared for an emergency. 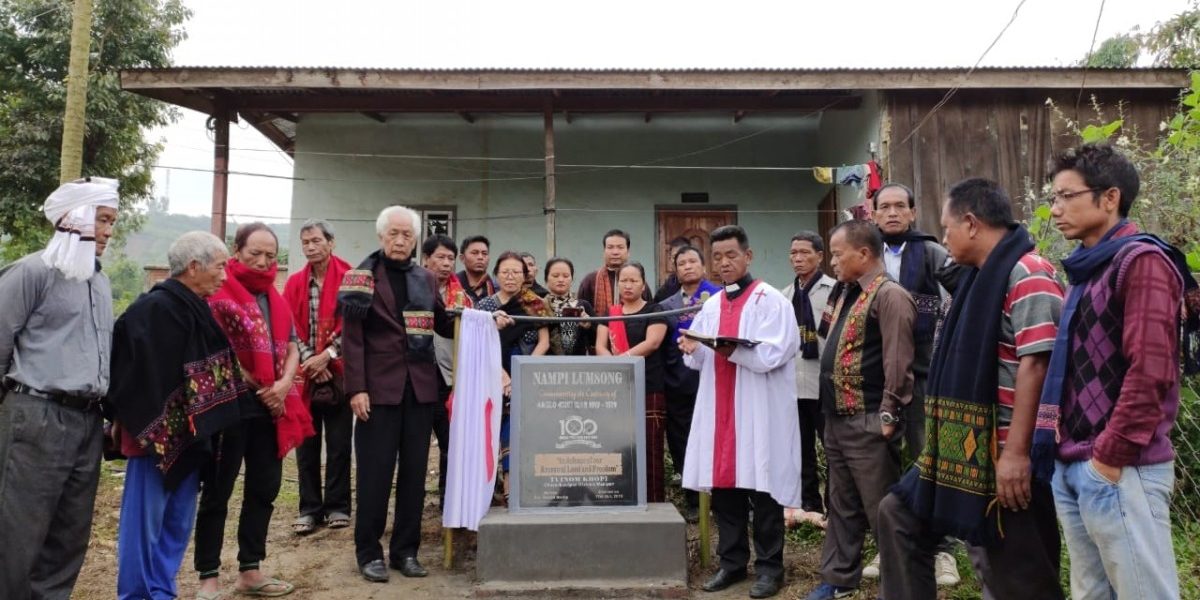 Kuki's commemorating the centenary of the uprising. Photo: Facebook/100 Years of Anglo-Kuki War 1917-1919

New Delhi: Old tensions between the Tangkhul Nagas and the Kuki tribes inhabiting the hill areas of Manipur has come to the fore over the past few days due to a disagreement between the two communities on the manner of celebration of the 100th year of the Kuki uprising (1917-19) against the British.

A verbal confrontation between leaders of the two ethnic groups has led the Manipur government to ask all police stations and paramilitary forces stationed across the state to be ready for any emergency.

The Kuki-Naga ethnic conflict had seen a bloody bout in 1992-1993 arising from a claim and counter-claim of strips of community land, leading to hundreds of deaths, including those of women and children. Large tracks of land claimed by the Kukis as their ancestral land are also claimed by the Nagas of Manipur and are a part of the greater Nagalim demand of the NSCN (Isak-Muivah) led by T. Muivah, a Tangkhul Naga from the state. Members of the NSCN had shot dead over 100 Kukis in 1993.

The current Kuki-Naga confrontation sprung out of the decision of the centenary celebration committee to erect memorial pillars in stone in many Kuki inhabited districts of Manipur inscribed with the words, “In defence of our ancestral land and freedom”.

The uprising of the Kukis between 1917 and 1919 was led by the chiefs against the British to oppose youth from the community being forcefully inducted into the Imperial Army’s Labour Corps to help British troops fighting the First World War. The community, under the banner of Anglo Kuki War Centenary Commemoration Committee, had begun a three-year-long commemorative programme which ended this past October 17. 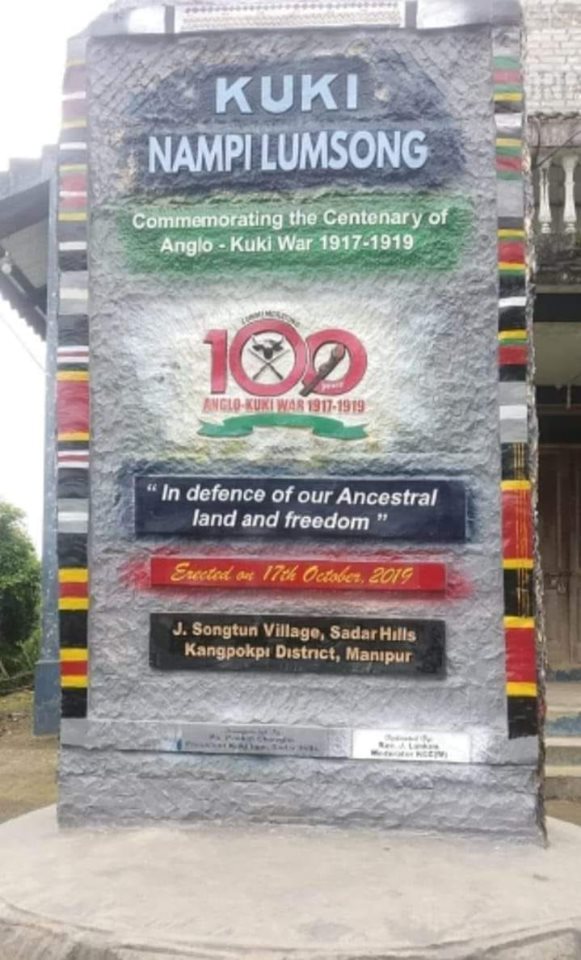 The pillar which has caused consternation between the two groups. Photo: Facebook/The Anglo-Kuki War 1917-1919

The ire of the Tangkhul Nagas was attracted due to stone pillars calling the Kuki inhabited areas as their ancestral land. It triggered a massive protest from the Tangkhul Naga bodies. To calm the situation, state chief minister N. Biren Singh held a meeting with Kuki Inpi, the representative body of the community. It was also attended by MLAs and top officials of the state. The state’s chief secretary Suresh Babu held a press meet in Imphal on October 15 to state that the government had already asked the district authorities to remove the words keeping “public sentiments” in mind. He reportedly said, “The state of Manipur is for all and the ancestral land belongs to no particular community; the misunderstanding between the communities and state government that may affect people’s sentiments will also be solved soon.”

Another meeting held with the Kuki Inpi was inconclusive. Meanwhile, Kuki women guarded the pillars to thwart any move to remove the words from the pillars.

In a statement issued on October 15, the United Naga Council, the representative body of the Nagas of the state, also appealed to the Kuki “brethren” to refrain from making any provocative statements on the issue and remove the words they were opposed to. They also refused to accept the uprising as a ‘war’ against the British.

The chief minister, speaking in the Tangkhul Naga-majority Ukhrul district on October 16, however, expressed confidence about bringing under control the Kuki-Naga confrontation.

After he held a meeting with the Kuki Inpi, and the members of the commemoration committee, a decision was arrived at. The community leaders would agree to remove the words in lieu of the government declaring October 17 as a restricted holiday in the annual calendar and construct a Kuki Memorial Park in Imphal.

Local news reports, however, said the move was opposed by Kuki armed groups who are in a ceasefire agreement with the Central and state governments. They are engaged in peace talks. The reports said they threatened to cause harm to those who had agreed to remove the words from the memorial pillars.

Reacting to it, government spokesperson and education minister Th. Radheshyam, at a press meet in Imphal on October 17, stated, “The government will not spare any party or group who are trying to breach the ‘hard-earned’ peace in the state or who are trying to create enmity between co-existing communities.”