An excerpt from the book 'Vada Faramoshi', a compilation of replies under the Right to Information Act, which evaluates the Modi government’s schemes.

India is an amazing country where unemployment – the most occupying job, especially in politics and bureaucracy – has persisted like a tradition in our country. Had there been no unemployment, there would be no scheme like MNREGA worth crores of rupees, and hence, no loot in the name of MNREGA – a loot which has established corruption as an institution at even the panchayat level.

Had there been no unemployment, there would also be no promises of providing two crore jobs every year, and thus perhaps, no majority government for Narendra Modi.

On August 19, 2016, the government of India launched the National Apprenticeship Promotion Scheme (NAPS), a scheme worth Rs 10,000 crore. The main objective of the scheme was to promote apprenticeship training and to increase engagement amongst apprentices.

Under the scheme, 25% of the stipend (subject to a maximum of Rs 1,500 per month per apprentice) is paid by the central government every month to companies hiring trainees. In addition, the government will share 25% of the cost of basic training with Basic Training Providers (BTP), up to Rs 7,500 for three months or 500 hours.

In order to achieve the target, the government used the Regional Directorates of Apprenticeship Training (RDATs) in four states to conduct apprenticeship training through PSUs and large private businesses falling under the central government jurisdiction.

State Apprenticeship Advisors (SAA) were also appointed as the implementing agencies in their respective states. It must be noted that the country has 21 lakh micro, small and medium enterprises (MSMEs).

At least six people are working in each such organisation. If each organisation had provided employment to at least one apprentice, 21 lakh people would be added to the trainee workforce of the country.

Let us now turn to the reality of the NAPS.

Through an RTI query from the Directorate General of Training, Ministry of Skill Development and Entrepreneurship on 13 June 2018, it came to light that only 47,358 companies have got registered under the NAPS.

Under the scheme, 4.09 lakh students applied for apprenticeships. However, according to the government’s response, only 2.9 lakh students have been employed till the date that the response was sought. It meant that only 15% of the original target had been met.

How much money was set aside for the plan and how much was used?

Information obtained through the RTI on 13 June 2018 reveals that the government rolled out Rs 69.50 crore to 25 states and Union Territories. Curiously, while West Bengal, Rajasthan and Tripura were covered under the scheme, none of the remaining north-eastern states were.

Eleven states, including Jharkhand, Chhattisgarh and Karnataka, who had received money under the scheme, had not spent their funds till the time of the RTI reply. Some shocking facts have also surfaced about the remaining states who did spend the fund. 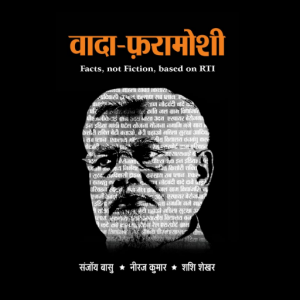 Haryana had received Rs 33.26 crore under the scheme but the RTI response showed that Haryana had spent Rs 59.84 lakh on 241 apprentices working in 32 institutes, that is, Rs 24,831 per apprentice.

Maharashtra had spent Rs 1.79 crore on 2,812 apprentices, that is, Rs 6,385 per apprentice. The state had received Rs 19.76 crore, the second-highest under the scheme. The highest amount, Rs 20.91 crore, was granted to Gujarat which had spent Rs 7,866 per apprentice on an average.

It boils down to the fact that out of Rs 70 crore, the total money allocated for the scheme, only 20% has been spent. In 2017-18, the central government reduced the amount for five states to Rs 18 crore namely: Rajasthan, Andhra Pradesh, Haryana, Tamil Nadu and Kerala.

Moreover, RDATs located in Hyderabad, Kanpur, Mumbai, Kolkata, Faridabad and Chennai were given Rs 20.28 crore for the scheme. But there is no information regarding the expenditure of the money.

To sum up, one can only point out that the scheme is a failure. A mere Rs 108 crore was disbursed out of the total allocated sum of Rs 10,000 crore.

The answers to these questions are simple: unemployment works like oxygen for politics in this country – the fuel that propels it. Politics will thrive only as long as there is unemployment. For politics, it does not matter much what else thrives, as long as unemployment does.

Translated from the Hindi original by Naushin Rehman