Modi Is Most Dangerous When He Senses He Is Losing Ground

With every passing hour since the hold up on the flyover in Punjab, it is becoming more and more apparent that Modi intends to use it as an excuse for avoiding an election in Punjab that the BJP is bound to lose. 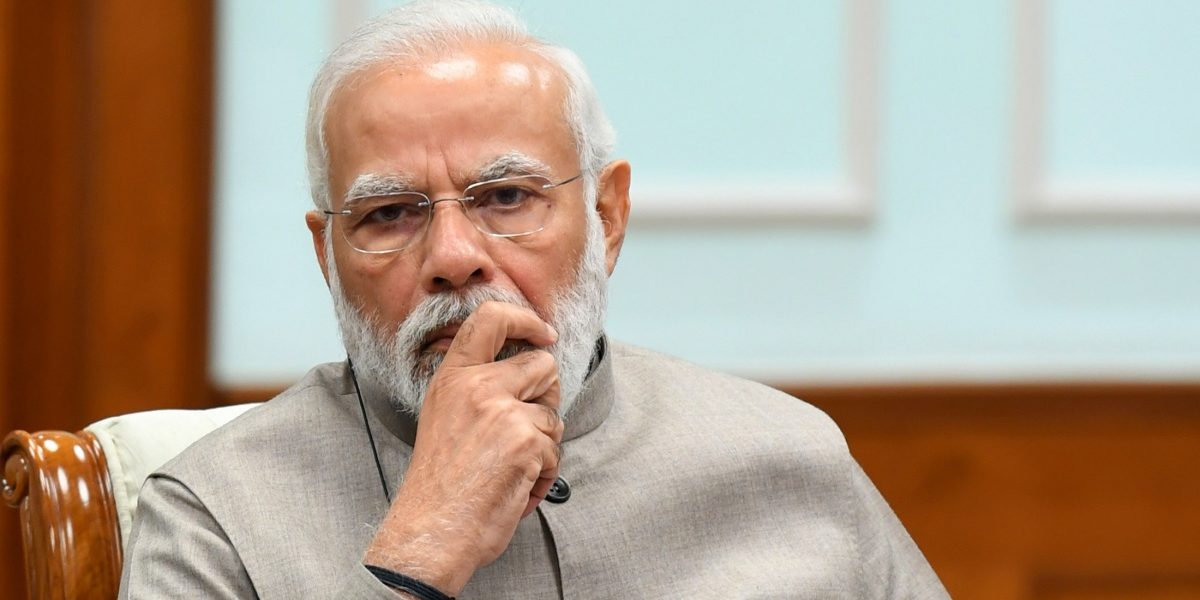 Had Prime Minister Narendra Modi not attained the height of power in politics, he would have reached the heights of fame in theatre. For that is all that his nearly uncontrollable rage at having been thwarted from reaching Hussainiwala for his scheduled public meeting on January 5 was – pure theatre. All that had happened to provoke his rage on January 5 was a 15-minute hold up on a flyover 30 km short of where he was scheduled to unveil a National Martyrs Memorial that day.

Such holdups have happened to virtually every prime minister in the past 75 years, including at least twice to Modi himself. But neither his predecessors nor he had thought of turning these minor setbacks into a pretext for declaring president’s rule and dismissing an elected state government.

But with every passing hour since the hold up on the flyover, it is becoming more and more apparent that even if it was not engineered by the BJP from the start, Modi now intends to use that minor mishap as an excuse for avoiding an election in Punjab that he and his party are bound to lose.

Modi’s accusation that the Punjab government was behind the farmers’ blockade is ridiculous. Neither the government nor the farmers could have known that the prime minister would be travelling by road, as the decision not to travel by helicopter because of inclement weather was taken only after he reached Bathinda airport by plane from Delhi.

The flyover was 92 kilometres from Bathinda airport, so it would have taken ninety or so minutes for his cavalcade to reach the flyover. That is an extremely short period of time even for the farmers’ union, let alone the state government, to organise a jatha and get it to the flyover. It is far more plausible, therefore, that the blockade had been organised, as farmer leaders have insisted, to stop buses ferrying BJP supporters from reaching the meeting ground. Had Modi been determined to reach Hussainiwala, his cavalcade could easily have diverted to one of the many metalled rural roads with which rural Punjab is crisscrossed. A vast network of such roads has been created by mandi committees over the past several decades to facilitate the rapid transport of the harvest.

But Modi did not even contemplate doing so. It is far more likely, therefore, that he decided to turn back because he was informed by his security staff, who had been at the site for the previous five days, that the crowd turnout at the meeting ground, when the BJP had hired chairs to seat 70,000, was not very encouraging.

Modi’s barely veiled accusation that the Punjab Congress had conspired with Khalistanis and Pakistan to put his life in danger is as ridiculous as his party’s earlier accusation that the farmers’ struggle against the new farm laws was also the work of anti-national ‘Khalistanis’. But the way in which he made it – by thanking the Punjab chief minister for “allowing him to return to Bathinda alive” – smacks of more than merely an oversized ego that does not take any setback easily.

For Modi had an hour or more to think of what he would say to the media when he returned to Bathinda. And since then, his party has spared no effort to paint the hold up on the flyover as a premeditated attack upon the prime minister by an opposition party, and create a justification for declaring President’s rule in the state through relentless repetition of this lie till, to untutored ears, it begins to sound like the truth.

Since then everything that the prime minister, his home minister and party men have said and done, has looked like a well rehearsed script in a theatre of evil. On January 6, Modi visited Rashtrapati Bhavan to brief President Kovind about the lapse, with the latter calling the hold up a ‘serious lapse’. President Ram Nath Kovind met Prime Minister Narendra Modi at the Rashtrapati Bhavan on January 6 to receive “a first-hand account of the security breach” in his convoy in Punjab on January 5. Photo: Twitter/ @rashtrapatibhvn

That nothing at all actually happened on the flyover; that newspaper photographs published the next day and video clips of the alleged ‘deliberate’ security lapse show Modi’s (presumably armoured) black Toyota SUV, surrounded by no fewer than six SPG troopers carrying machine guns, none of them showing any alarm or anxiety; a vacant space for several metres all around the SUV, and on the other side of the four-lane flyover a large number of BJP demonstrators sporting saffron insignia and carrying tricolours chanting Modi’s praises, with not a single protesting farmer in sight, has not seemed to matter to a prime minister who has grown so used to manufacturing truth that he has felt no need to reign in the chorus even in order to maintain his credibility.

The grounds on which Modi plans to impose President’s rule on Punjab are not hard to discern. Article 356 of the constitution, which empowered the President of India to dissolve any state legislature virtually at will, had been abused 82 times before the Bommai judgement of the Supreme Court in 1994. It has not been invoked by any government since then. That judgment allowed future Union governments to pull down an elected state government on only three non-procedural grounds but expressly disallowed it on even other grounds.

From home minister Amit Shah and BJP spokespersons’ endless harping on a security breach deliberately created to endanger the life of the prime minister, it is apparent that the government intends to justify using the second and third grounds for invoking Article 356 in Punjab. To make this credible, Modi and Shah are playing an incredibly dangerous game, for they are allowing their party members to harp endlessly upon the possibility that in this Sikh majority state, an insecure Congress chief minister is seeking the support of Khalistanis linked to, and backed by Pakistan, and has not hesitated to put the prime minister’s life in danger.

As recorded by innumerable video recordings of what transpired on the flyover, this is utter nonsense for there was not even a hint of violence in the air. But Modi, and if not him then the leaders of the RSS, need to reflect on what bringing down a government headed by a Sikh on grounds that amount to treason will unleash in Punjab. For it could easily trigger a chain of events that ends in a revival of insurgency in Punjab, as the scrapping of Article 370 and imposition of what is in effect police rule is threatening to do even now in Kashmir. Even that may not be the end of the damage the BJP will do to India. Other political parties in India will see in the dismissal of the Channi government a threat to their democratic rights and take to the streets. If the BJP reacts to their demonstrations as it has done in Punjab, we could find ourselves at a crisis point for the Indian Union.

I wish to end by showing readers where my gloomy forebodings spring from. Thirty-two years ago, Barbara Crossette, the India correspondent of the New York Times, wrote the following despatch on December 8, 1989:

“In his first official trip out of the capital since becoming Prime Minister of India, V. P. Singh went to Amritsar today to pray at the holiest shrine of the Sikhs, promising to heal ‘the heavy, bleeding heart’ of Punjab state. Thousands have died in confrontations there in the last five years.

In a gesture of reconciliation to a state so alienated it elected separatists to Parliament in the November elections, Mr. Singh told a largely Sikh audience at the shrine, the Golden Temple, that the heart of Punjab needs ‘a healing touch’. ‘The healing touch cannot be brought about at the point of bayonets, but with love, faith and the people’s cooperation,’ he said after riding through the town, in militant Sikh territory, in an open jeep. Indian reporters accompanying the Prime Minister said crowds surged forward along the route to greet him.” [Emphasis supplied]

Compare this to Modi sitting, brooding and nursing his anger for 15-20 minutes in an armoured SUV, and you can see the kind of prime minister India needs and the kind it does not.