Modi Govt yet to Act on Alleged Corruption in Uranium Contracts, Hounds Whistleblower Instead

Nine months have passed since the chargesheet against the whistleblower, IPS officer Rajnish Rai, was stayed, but the home ministry is yet to file a reply in the matter. 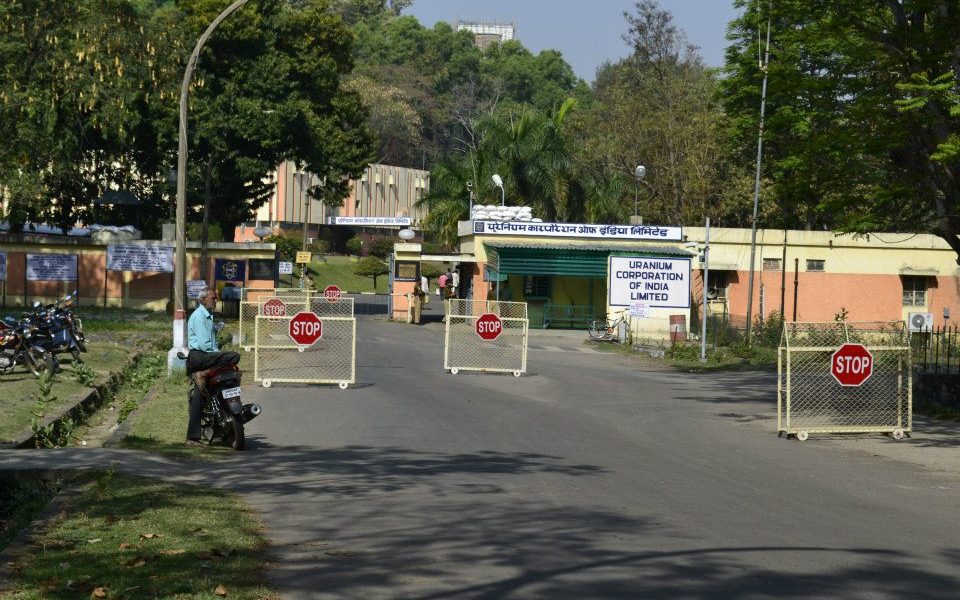 New Delhi: When Rajnish Rai, a Gujarat cadre 1992-batch IPS officer posted as central vigilance officer in the Uranium Corporation of India (UCIL), pointed out corruption, wastage and lack of adherence to safety norms in the mining and handling of uranium in his report, the Union home ministry chargesheeted him for acting “without due approval from the competent authority” instead of rectifying the shortcomings.

Though the Hyderabad bench of the Central Administrative Tribunal (CAT) stayed the investigation against Rai last September, the Centre is yet to respond in the matter or act on the findings in his damning report.

Incidentally, Rai is the same officer who in 2007 arrested about a dozen police officials, including Gujarat IPS officer D.G. Vanzara, in the Sohrabuddin fake encounter case. He subsequently filed an affidavit before the CAT implicating then state home minister Amit Shah and several police officers. This is learnt to have compelled the Narendra Modi government in the state in 2011 to withdraw the adverse remarks in his annual confidential report.

Rai’s findings in the UCIL case apparently had little to do with his past work, but the fact that he highlighted losses to the public sector undertaking due to the award of a contract to a company, and the consequent vetting of the order by the UCIL Board – which has representatives from Department of Atomic Energy under the Prime Minister’s Office – appears to have worked against him.

Though the detailed account of corruption and wastage actually pertained to the Manmohan Singh era, the Modi government decided not to act on the report which pointed out “gaps” in the handling of precious uranium reserves.

Recognising that uranium is a scarce resource in India and that its “optimum exploitation” was essential not only to meet the nuclear energy targets but also to meet the strategic needs of the country’s nuclear weapons programme – unlike for imported uranium, no account has to be given to foreign nations for uranium produced indigenously – Rai had pointed a number of irregularities in the UCIL. 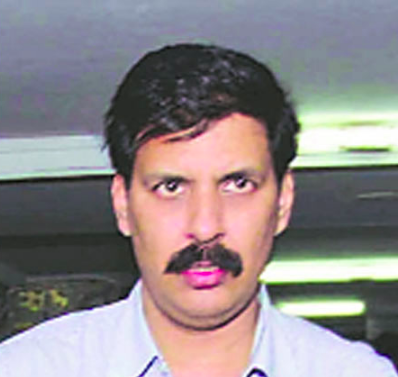 Main report was about corruption in awarding work at Banduhurang mine

Rai’s main report, as he told CAT, was about corruption in awarding “work of removal of overburden/waste and extraction of uranium ore at Banduhurang opencast mine”. The report alleged that an Ahmedabad-based engineering company, Sadbhav Engineers Ltd, was awarded this work through an open tender despite its bid being higher than a Delhi-based firm that had quoted Rs 46 crore less. The report had therefore suggested the registration of an FIR in the matter against the company and UCIL officials for corruption and conspiracy.

Accusing the UCIL of granting the contract “arbitrarily” and on “absurd” grounds, the report claimed that the PSU officials had ignored the lowest bidder because of a minor error in tender and granted the contract at a higher rate to Sadbhav Engineers.

Prepared in March 2015, the report stated that the tender was issued in February 2013 and eight bidders had qualified for it. When the bid was opened, M/s Vilayat Ram Mittal Pvt Ltd (VRMPL) was found to be the lowest bidder. However, because of an error in its tender, and in those of the next two lowest bidders, the contract went to Sadbhav.

Citing the findings of the Technical Evaluation Committee of UCIL, Rai’s report stated that “there was a mismatch between the rates quoted in figures and rates quoted in words of three bidders: (i) M/s Kalinga Commercial Corporation Ltd.; (ii) M/s Vilayati Ram Mittal Pvt. Ltd.; and (iii) M/s Avian Overseas Pvt. Ltd” and the contract went to M/s Sadbhav Engineers Ltd which had quoted Rs 173.13 crore.”

The top three bidders, while quoting rates and amounts in figures correctly in respective columns, made the identical mistake of putting the total amount in words under the table. Though the bid of Sadbhav was over Rs 45 crore higher than the Rs 127.19 crore quoted by VRMPL, the report said: “despite acknowledging that three bidders had erroneously mentioned in words the total amount in place of rate, it chose not to seek clarification from the bidders.”

Further, the report noted that “defying all reason, the TEC went through a process of calculation that could at best be called bizarre.” It said “TEC prepared a table to calculate the total value of work quoted by all bidders. Ignoring the value of work the bidders had mentioned in figures and words, it took the “rate” mentioned in words as the quoted rate of work and multiplied the same with total volume of work.”

This resulted in the bid value being quoted by VRMPL being a whopping Rs 562.7 lakh crore or a sum that was four times more than India’s gross domestic product (GDP) of just about Rs 130 lakh crore. But this anomaly was completely ignored. Similarly, TEC calculated the value of work quoted by Avian Overseas and Kalinga Commercial as being Rs 940.4 lakh crore and Rs 943.4 lakh crore respectively, the report said.

This attempt at allowing a higher bid to succeed was also overlooked by the UCIL Board.

Rai had also investigated “the matter relating to radioactive pollution caused by UCIL and misappropriation of funds at UCIL while decommissioning two uranium recovery plants [Mosabani and Rakha] in the early 2000s”.

The report submitted by him had alleged that the decommissioning was done without approval from the Atomic Energy Regulatory Board. Stating that adequate safeguards were not put in place, the report had noted that “a questionable decision has now been taken to commission a new URP at Mosabani at the cost of Rs 50 crore at the same site where the earlier plant existed and was decommissioned”.

Recommending an inquiry by a special investigation team, the report also advised a study on the harmful impact on the locals “on account of radiation hazards during the decommissioning and its aftermath” and “if need be, the victims be compensated/rehabilitated…”

Rai, who took over as CVO in UCIL at Jaduguda in 2014, had charged that while he was probing the role of several UCIL officers in the matter, he was transferred. However, before heading to Shillong as inspector general of the Central Reserve Police Force in 2015, Rai managed to submit an interim report before demitting office which had lent greater legal teeth to the final report submitted by him after his transfer from UCIL. In CRPF, Rai first served at Shillong before he was transferred to the Counter Insurgency and Anti Terrorism (CIAT) School at Chittoor in Andhra Pradesh in June 2017.

During his stint as the UCIL CVO, Rai had also reported “several procedural and management failures in the implementation of the Tummalapalle Project” in Andhra Pradesh that caused a loss of Rs 970 crore to the PSU. His report stated that out of this, a major loss was caused in deals between UCIL and a Nagpur-based company of BJP MP Ajay Sancheti. He noted that the firm was allowed to “claim higher escalation for wages and materials, thereby causing a wrongful loss of Rs 117,61,35,449 and corresponding wrongful gain to M/s SMS Infrastructure, Nagpur, during the period August 2008 to January 2015.”

The project is crucial to India’s strategic needs – in 2011, the government had claimed that Tummalapalle could have the world’s largest uranium reserve of about 1.5 lakh tonnes.

Rai’s report had also pointed to “gaps in conceptualisation of the project and financial and procedural irregularities committed in the implementation of the project” and recommended a performance audit by “CAG to independently, objectively and reliably examine whether Tummalapalle Project is being executed and/or functioning in accordance with the principles of economy, efficiency and effectiveness”. 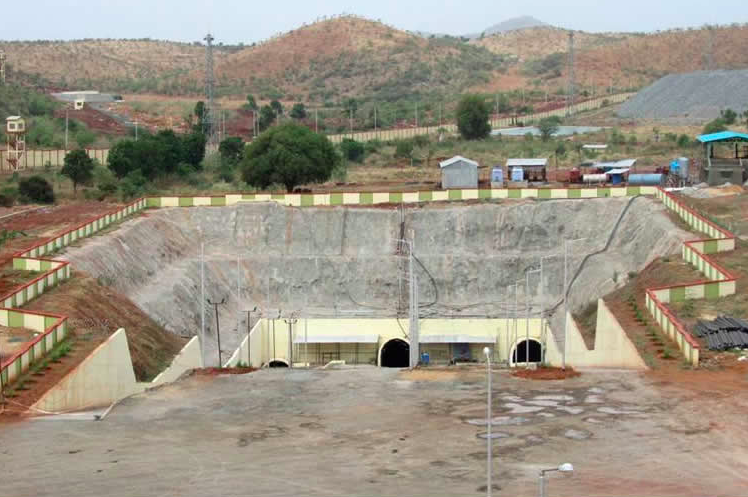 Calling for a “performance audit” by CAG, he had written: “This audit can throw light on cultures of decision making which may have sacrificed norms of accountability for impunity in rent-seeking in the belief that no questions will be raised in respect of those projects which serve vital national interests. It needs to be emphasised here that my report only throws some light on the irregularities and inconsistencies evidenced in the conceptualisation and execution/implementation of this project. It is only a comprehensive audit and investigation by agencies which have the relevant resources and authority that can corroborate the prima facie anomalies/findings that have come to light during this investigation.”

‘Criminal case necessary to set a precedent of zero tolerance’

While calling for registration of a criminal case, Rai had written in his final report: “A criminal case be registered against the officials of UCIL, Jaduguda and M/s SMS Infrastructure Ltd., Nagpur who entered into a criminal conspiracy, and in furtherance of the said conspiracy allowed M/s SMS Infrastructure Ltd., Nagpur to claim higher escalation for wages and materials, thereby causing a wrongful loss of Rs. 117, 61, 35, 449/- (Rs. 37, 27, 33, 692/- caused due to fixation of wrong base date for calculation of wage escalation + Rs. 80, 34, 01, 757/- caused on account of payment of wages and material at higher escalation component) (Rupees One hundred seventeen crore sixty one lakh thirty five thousand four hundred and forty nine only), and corresponding wrongful gain to M/s SMS Infrastructure Ltd. Nagpur during the period August 2008 to January 2015.”

The effective investigation and prosecution of the criminal case will set a precedent of zero tolerance for irrational administrative decisions leading to corrupt practices that compromise the financial sustainability and integrity of projects of national importance, he had added.

Rai had also claimed a staged encounter in Assam; MHA probe yet to throw light on it

Last year, apart from his CAT case, Rai had also alleged that a March 30 encounter in Chirang district of Assam had been staged.

The officer had then as well demanded a probe into the death of the two men, who he had charged were killed in a ‘fake encounter’ by a joint team comprising officials of the CRPF, its jungle warfare unit CoBRA, border guarding force Sashastra Seema Bal, the Assam police and the army.

The home ministry had subsequently instituted an inquiry by retired director general Ashok Prasad to look into the allegations. Prasad, who later took over as adviser to MHA, had last year stated that the report had been submitted to DG CRPF who would forward it to the MHA. But nothing is known of Prasad’s report on the matter.

However, while a year has passed, the report has not been made public. In May, the Central Information Commission had sought detailed records related to a report submitted to the force by Rai in the “fake encounter” case. Central information commissioner Yashovardhan Azad had issued the order on a plea filed by a journalist who had sought the information and contested CRPF’s denial to pass it claiming exemption under Section 24 of the Right to Information Act.