The PM and his ministers have been campaigning for elections instead of addressing people's needs. If the administrative executive is barred from party activities, shouldn't there be some rules for the political side? After all, both are paid by the public. 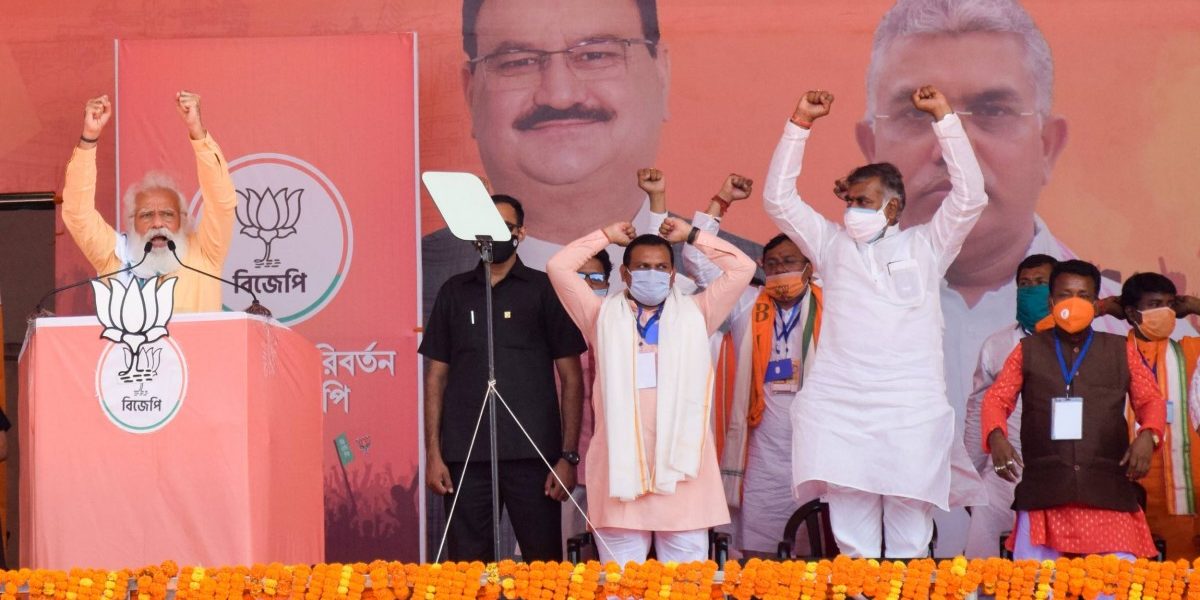 This week, both the Delhi and Bombay high courts reprimanded the Centre in stark language for its lack of COVID-19 preparedness. “There is no sense of humanity left or what. This is really, really ridiculous. It is an emergency of such a grave nature. Human lives are not that important?” said the Delhi high court on the life-threatening undersupply of oxygen.

Meanwhile, the Bombay high court criticised the Government of India for its poor vaccine rollout – “There needs to be a solution. You can’t leave old people like this. It’s like choosing between the devil and the deep sea. You have ICU in an ambulance, you can definitely manage a refrigerator for home vaccination. You can’t leave the old to die“.

To put it simply, the courts rapped the Central government for failing its basic duty of protecting the life of citizens and asked to see overdue homework. No such plan has been published yet, or known to be formulated by the Centre, even as India is in the eye of the storm.

The fact is that the political executive of the Government of India, who are wholly responsible for such a plan, have been busy – with state elections in four states and one union territory. The very public social media timelines of key figures in the executive have been dominated by poll propaganda in the past weeks.

Ironically, even as the winter session of the parliament was cancelled in December 2020 citing COVID-19, the home minister held an election rally in Midnapore! The highest political executives of the Government of India have been electioneering for five months now, supporting a multi-state, multi-phase poll schedule plan, regardless of COVID-19.

It should have been evident that a national health emergency is exactly the kind of reason for which state government extension provisions are made in the Constitution, and could have been exercised even as late as February or March when the second wave numbers started appearing.  Instead, mass rallies continue till date, even as lakhs of cases surface daily.

The issue at stake is not just a moral or ethical one. India has strict service regulations for the administrative side of the executive,  i.e. IAS, IPS and other government employees, that prohibit canvassing and campaigning for political parties, or even just attending public party meetings or election rallies. The reason is twofold: bureaucrats earn a salary from the taxpayer to do their job and and not to attend political events, and second, attendance would raise considerations of bias. Despite these reasons also applying to  the prime minister and the council of ministers – who are paid by the public to hold full-time executive positions for which they take an oath on the Constitution – these regulations do not hinder the political executive.

It should be obvious that ministerial actions of freely campaigning for parties, cancelling parliament and truncating the budget session by weeks in lieu of electioneering, contravene the very duties of ministership. Campaigning distorts their singular allegiance to the nation and makes a mockery of their public office.

That there is a trade-off was made clear by Prime Minister Modi himself, when he tweeted on Thursday:

Tomorrow, will be chairing high-level meetings to review the prevailing COVID-19 situation. Due to that, I would not be going to West Bengal.

One wonders what important prime ministerial work got held up or shelved because of all his earlier trips to West Bengal and other states.

In fact, since December 2020, the prime minister has held 30+ election rallies across states. The BJP announced over 50 rallies for the home minster and several ministers, including Rajnath Singh, Nitin Gadkari, Smriti Irani, Dharmendra Pradhan. Even chief ministers and ministers in states disconnected with elections have been deployed to electioneer over govern, during a deadly pandemic.

This has been the case since day one of the Indian republic regardless of the majority party at the helm, and a longstanding incongruity. However, it is now, in the face of lakhs of daily infections and thousands of COVID-19 mortalities, that this dichotomy delineates as the travesty it is.

Are ministers not public representatives first and last, full-time functionaries of the republic, paid for a specific and exclusive job? How then are the ethical standards of neutrality, propriety, including perception of the same, regulated for lower levels of government servants, inapplicable to the highest levels? Further, when clear regulations are applied to enforce separation of public resources versus party expenditure for elections (the prime minister cannot use PMO vehicles for campaigns, for example), how can a minister’s time, opinion and communication – all wholly owned public resources – be utilised for party campaigns? When any public statement from a minister is considered as opinion of state, an official position, how can a minister speak on behalf of a party?

By law, an office of profit with the government hinders the legislative from holding the executive to account on behalf of the voting public due to a conflict of interest. How then is a government engaging in partisan electioneering not an office of party profit,  jeopardising the interest of the republic?

Is ministership, a full-time executive authority of the country (or a state), ever eligible for partisanship under any circumstance?

How, then, is it even legal for ministers to indulge in party campaigns?

A Government of India is dysfunctional without a prime minister and council, so any time away from duties, from any of them, breaks down governance. The cost of ministerial schizophrenia, at this moment, their oscillating between embodying partisan politics in elections, and representing the people of India, is a macabre public health emergency.

The solution is to legislate that state and Union executives can only campaign in elections involving their own candidature, and none other. This ensures that ministers serve one and only one master: the Republic. All else is not only a misrepresentation and abuse of executive functions, it is a dereliction of duty to the people. The challenge for the woe-begone Indian public is to get parties to legislate away this perversion of public interest, despite it eroding their own electoral leverage. Perhaps the Supreme Court can injunct in the interim.

Tara Krishnaswamy is a co-founder of Shakti – Political Power to Women, a non-partisan citizen’s collective with the goal of increasing women’s representation in parliament and state assemblies. She tweets at @tarauk.