How True Is PM Modi's Claim of India Starting Airport Screenings Before a Single Case Was Reported?

The timeline reveals a complicated picture. 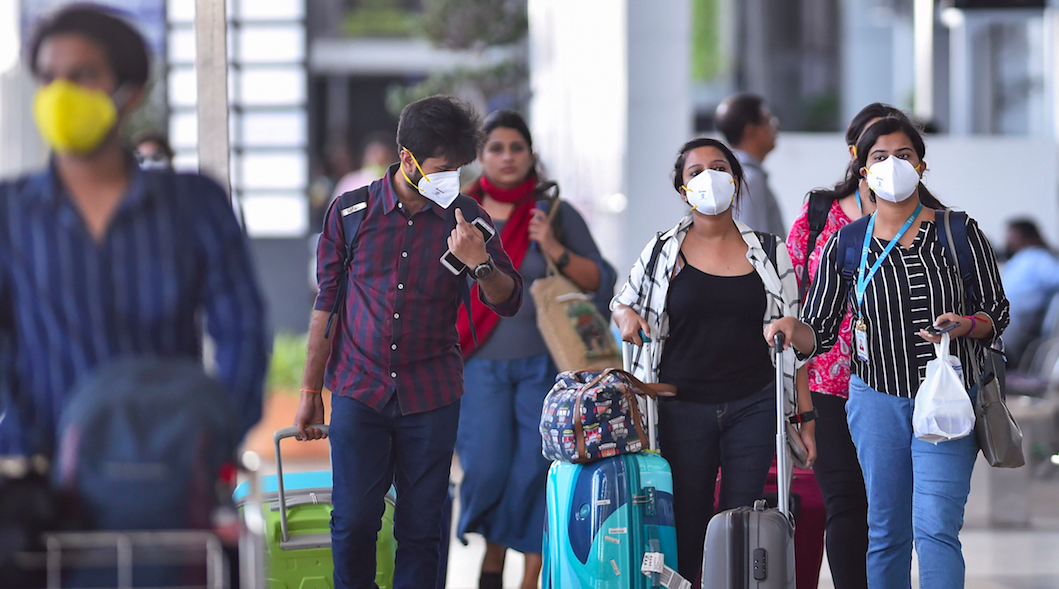 New Delhi: Prime Minister Narendra Modi in his address to the nation on Tuesday stated that India had started to screen travellers to airports from “corona-affected countries” before there was even a single case here. This claim may not be strictly true.

Implementation of early testing measures at airports has been a claim of the Modi government that has grown more frequent in recent times. It was first made during the virtual conference of SAARC leaders last month, where Modi said that India had taken effective steps against the spread of coronavirus.

We started screening entry into India from mid-January itself, while also gradually increasing restrictions on travel.
​The step-by-step approach has helped avoid panic: PM @narendramodi #SAARCfightsCorona

This narrative that India has been quick off the ball has been repeated at several instances by other government functionaries.

The latest one was by Modi at his fourth address to the nation in a month. “Long before we had even a single case of corona[virus], India had started screening travellers coming in from corona[virus] affected countries at airports,” he said on Tuesday.

India’s first coronavirus case was reported on January 30 – a student from Wuhan, China who tested positive on her return to Kerala.

The first measure came on January 17, when the Ministry of Health announced that international travellers arriving only from China will be screened with thermal scanners at only three airports, in Delhi, Mumbai and Kolkata. A separate travel advisory for passengers from China was also issued on the same day, but most of the screening seems to have been self-declaratory.

The World Health Organization’s first situation report on COVID-19 was published on January 21. On that day, WHO had 282 cases, which included 278 from China and one each from Japan, South Korea and Thailand.

Also, on January 21, India expanded thermal screening – not to passengers from more countries, but in seven airports.

Passengers to fill up ‘Self Reporting Form’ before disembarkationhttps://t.co/ojKHwtPvig#coronavirus pic.twitter.com/3TzlH4SmNG

The second travel advisory was issued by the health ministry on January 25, when it advised against all non-essential travel to China. Even while the advisory noted that more cases had been reported outside China, it remained focused only on the guidelines to be followed by international passengers from China.

These were largely measures like keeping an eye on one’s health, informing airport authorities if they feel unwell and informing a helpline if one felt unwell within a month after arrival from China.

On January 25, the total number of cases worldwide stood at 1320, which include nine countries outside China. One of those countries was also Nepal, which shares a porous border with India.

Activating a helpline on coronavirus on January 28, the health minister Harsh Vardhan stated that this was for passengers with a travel history of China or who had had contact with a person who had gone there and may suspect themselves of having the symptoms of coronavirus. On January 28, WHO had reported 4,593 cases, out of which 56 were from outside China in 14 countries.

The health ministry’s third travel advisory was issued on February 5 advised Indians to “refrain” from travelling to China, altogether. The advisory also announced that all Indian visas for any foreign national travelling from China had been cancelled. If any passengers landed in India from China, they would be quarantined from then on.

The Directorate General of Civil Aviation started to do thermal screenings passengers from Singapore and Thailand, besides China and Hong Kong, at Indian airports from February 5. By then, there were 191 confirmed cases of COVID-19 in 24 countries besides China.

The list of countries increased to Japan and South Korea on February 13 – and then to four other Asian nations on February 23.

Thermal screening usually meant that that passengers from the list of countries had to fill in a self-reporting form with any symptoms – but it doesn’t seem that there was consistent thermal screening.

It was only on February 26 – in the fourth travel advisory from health ministry – that the focus on quarantining passengers expanded from China. The advisory noted that any passengers from South Korea, Iran and Italy “may be quarantined for 14 days on arrival to India”. By that time, the number of new daily cases outside China exceeded that within the Chinese mainland. coronavirus had already spread to 38 countries.

On March 4, the Indian government announced that there will be universal screening at all airports and seaports through use of thermal imagery equipment. All incoming international passengers had to declare their travel history and possible symptoms.

DGCA: All airlines operating on international sector are advised again to ensure availability of sufficient number of self-declaration form(s) and get them filled in duplicate before disembarkation. Also to have in-flight announcements in flights coming to India. #Coronavirus pic.twitter.com/nX7F9B95hh

From March 13, all existing Indian visas to any foreign nationals, who had not yet begun their journey, stood cancelled.