The Zo Reunification Organisation, whose members share culture and ancestry with the refugees from Myanmar, accused the Centre of discriminating against the Zo people. 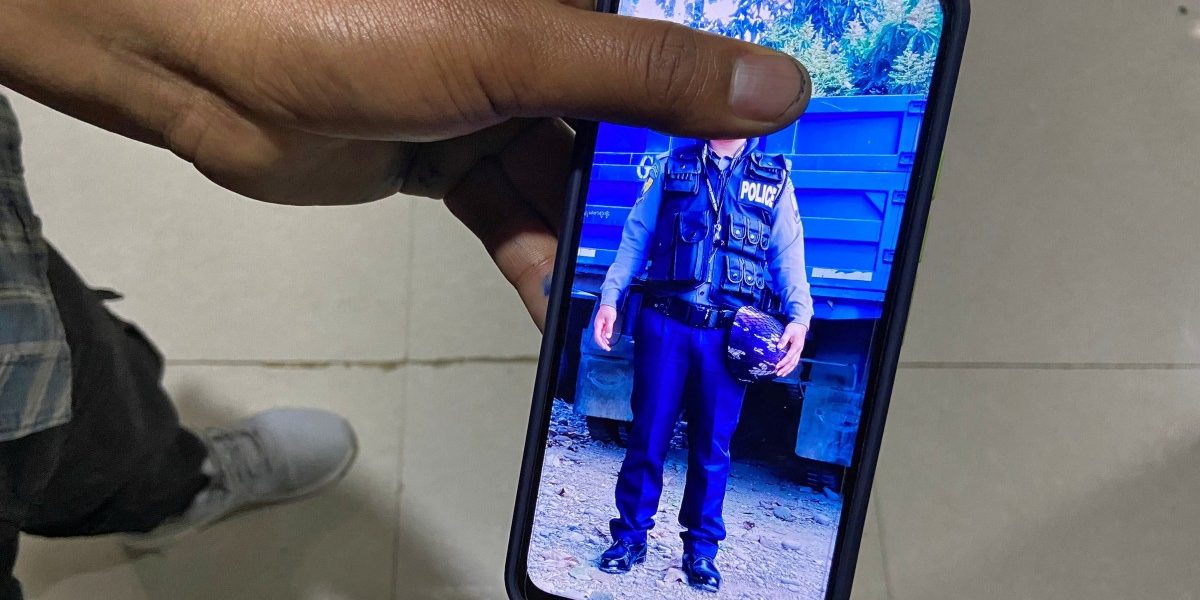 Tha Peng, a Myanmar national who said he was a police officer and recently fled to India shows his photograph in his phone wearing a police uniform following his interview with Reuters at Champhai town in Mizoram, March 9, 2021. Photo: REUTERS/Devjyot Ghoshal

Aizawl (Mizoram): An organisation representing an ethnic group present in India, Myanmar and Bangladesh on Tuesday demonstrated in Aizawl demanding that the Centre grant refugee status to the Myanmarese people who fled to Mizoram following last month’s military coup in Myanmar.

The Zo Reunification Organisation (ZORO) also urged the Ministry of Home Affairs to withdraw its order directing four North-eastern states – Mizoram, Manipur, Nagaland and Arunachal Pradesh – bordering Myanmar to guard against the influx of people from that country.

Hundreds of refugees have arrived in Mizoram since the military seized power in Myanmar last month. Mizoram shares a 510 km long porous border with Myanmar’s Chin state, and most of the Myanmarese nationals who have taken refuge in the state belong to the Chin, also known as the Zo, community. They share the same ancestry and culture as the Mizos of Mizoram.

“Thousands of people from Bangladesh and other countries have illegally migrated to India in the past. The Central government accepted them as refugees and provided them with asylum. But now it has instructed the four border states to identify and deport the Myanmarese nationals who have taken refuge in the country,” ZORO president R. Sangkawia said while addressing the demonstrators.

The Centre is discriminating against the Zo community people, he alleged.

Sangkawia claimed that around 750 people from Myanmar have crossed the international border and entered Mizoram to take refuge.

Earlier, the ZORO had urged the Centre to impose sanctions on the military junta-led government of Myanmar.

India is not a signatory to the UN Convention on refugees.