A close look at the culture ministry’s ‘expert committee’ to study the ‘origin and evolution of Indian culture to since 12,000 years before present’. 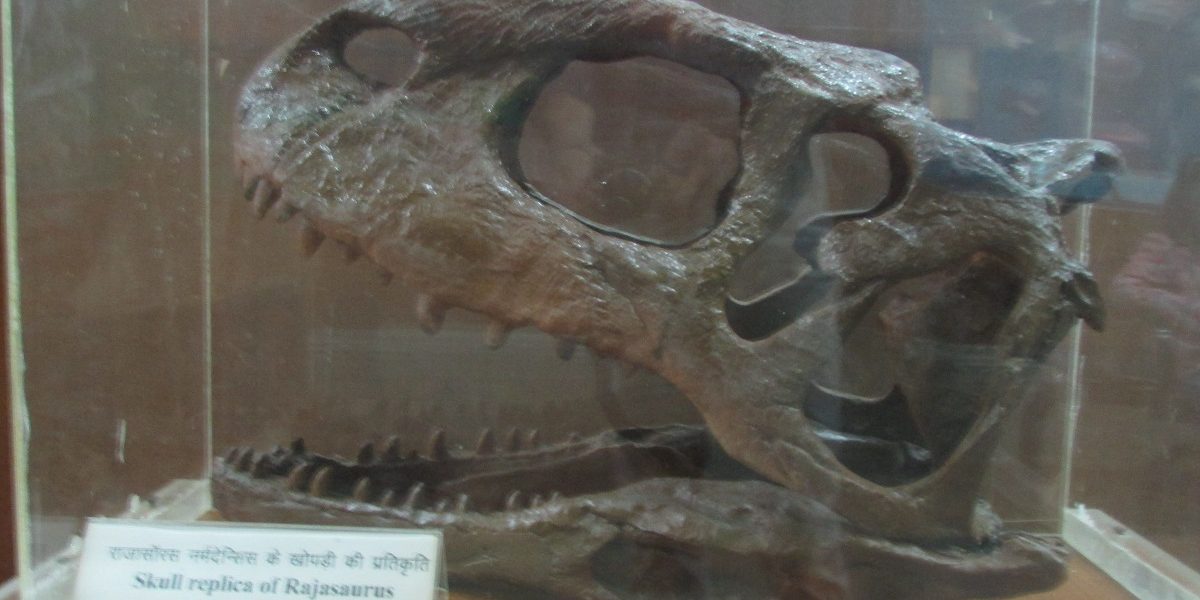 Last week, the minister of state (independent charge) for culture and tourism of the Government of India, Prahlad Singh Patel, gave a written reply in the Lok Sabha about the culture ministry setting up an “expert committee” for “conducting holistic study of origin and evolution of Indian culture to since 12000 years before present and its interface with other cultures of the world.”

There are 16 members on this committee. Two are ex-officio representatives, one each from the Ministry of Culture and the Archaeological Survey of India, whose identities we are not told about because they are members ’ex-officio’. All 14 non-ex-officio members are men. All of them are North Indian, Hindi-speaking men. Going by a quick headcount of surnames, (Sharma, Sharma, Sharma, Shastri, Pandey, Dikshit, Shukla, Shukla, Bisht, Mani, Mishra, Srivastava, Kaushik and, of course, Makkhan Lal) they all seem to be Brahmin or upper-caste Hindu men.

There is not a single woman among them, nor a single Muslim, Christian, Sikh, Buddhist, Zoroastrian, Jain, Jewish or Animist, no self-identified Dalit or Adivasi, no one from the northeastern provinces of India, not even a token South Indian. And while there are five Sanskritists, there is not a single scholar of Pali, of any of the Prakrit languages or Apabhramsha literatures. There are no Arabists, no scholars of Tibetan, Avestan, Persian or Classical Tamil. No writers, poets of critics of any modern South Asian language.

There is not a single artist, or practitioner of any classical, modern or contemporary art form.

The fact that three archaeologists have signed on to be a part of an ‘expert committee’ that dates ‘Indian culture’ back to 12,000 years, proves that at least some Indian archaeologists are now willing to betray the disciplinary standards of archaeology to satisfy the whims and fancies of those who happen to be in power. That marks a sad day for archaeology in India. 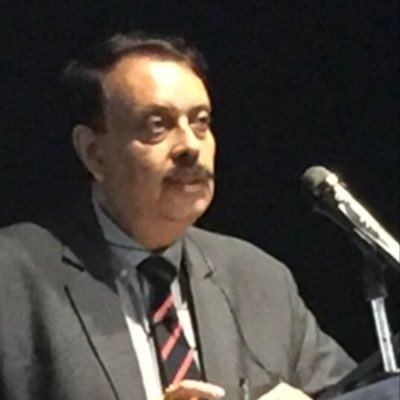 The pre-Harappan Mehrgarh culture excavated in Balochistan is just about as ‘Indian’ as it is ‘Pakistani’, or for example, the Çatalhöyük chalcolithic and neolithic culture in central Anatolia is ‘Turkish’ – that is to say, not at all.

The mere location of an archaeological site within the boundaries of a contemporary nation state does not justify a claim being made on it to satisfy the nakedly political desire for bestowing hoary antiquity on to the very modern concept of a ‘national culture’.

A ninth century CE Pala dynasty Bronze Tara in the National Museum in Dhaka is not ‘Bangladeshi’, just as another bronze Tara from the same period, sculpted in the same style and part of the collection of the Indian Museum in Kolkata, is not ‘Indian’. Both belong to the Buddhist sculptural tradition that unfolded in parts of current Bengal (East and West), Bihar and Nepal between the ninth and the 12th centuries CE under the patronage of the Pala dynasty. It makes no sense to classify them in terms of a taxonomy that relies on the South Asian political realities of the middle and late 20th century.

Going even further back in time, there was no such thing as India when Mehrgarh in Baluchistan was settled 10,000 years ago, and it would be meaningless to impose a term or tag like ‘Indian’ on to the inhabitants of the site. As a professional archaeologist, Mani knows this, and he knows that if he made a claim on Mehrgarh as an ‘Indian’ site, no one in the professional domain of international archaeology would take him seriously. Not that this ever stopped him from bending disciplinary standards to help meet political objectives.

In 2003, the Allahabad high court had ordered an excavation at the site of what was formerly the Babri Masjid in Ayodhya. B.R. Mani was appointed the superintending archaeologist of this excavation in March 2003. However, within two months, the high court ordered him to stand down from the position. This followed complaints that Mani was deliberately unobservant of excavation protocol, and that he had instructed those working on the excavation site to discard vital finds, such as animal bones and evidence of early Islamic glazed ceramics in the strata below the Babri Masjid structure.

Also read: How the Sangh Parivar Organised the 1995 Ganesh Milk Miracle and Why the Plan Flopped

Perhaps inconveniently for what Mani was trying to establish, these finds pointed to a Muslim presence on the site even before the Babri Masjid structure was built. Even human remains found in the excavation, consistent with parts of the site being used as a Muslim graveyard, were discarded. Mani claims that his removal occurred because he refused to dig further beyond a point, contrary to the court’s instructions, but court-appointed archaeological observers dispute that claim. According to them, Mani was determined to shape the ‘findings’ in a manner that would suit the Hindutva agenda – that there was a ‘Ram Temple’ underneath the Babri Masjid, and digging further would not have helped attain that objective.

B.R. Mani’s willingness to manipulate archaeological evidence and limit an excavation has been well-rewarded by this regime. His appointment to the prestigious position of director of the National Museum was a sign that the government would go the extra length to promote a person who was willing to sing its Ram Temple tune. And his present appointment on the Ministry of Culture’s ‘expert committee’ needs to be seen as part of his Hindutva blessed career trajectory.

But he is not alone.

Amongst the members of the expert committee who are not archaeologists, two are affiliated to a body known as the ‘World Brahmin Federation’; one is its chairman and the other, billed as a scientist and ‘international thinker’, Azad Kaushik, is a prominent figure in the Canada chapter of this federation. A cursory look at Kaushik’s Twitter timeline is enough to reveal where he stands.

On August 6, 2020, the day that Narendra Modi participated in the foundation stone laying ceremony at the site of the proposed Ram Temple in Ayodhya, he tweeted:

Greetings on the occasion of restoring Shri Ram Birthplace Temple. A respect for the sentiments of Hindus world over.

A month before that, in July, he had tweeted in support of President Donald Trump’s immigration control policy, but with a strangely anti-reservation twist more familiar in an Indian context.

Recognition of merit and equal opportunity for all is what makes USA excel and take economic lead in the world, very unlike India where there is reverse discrimination against merit. Trump Says He’ll Sign Merit-Based Immigration Plan ‘Very Soon’…

So that tells us where at least this ‘international thought leader’ is coming from. Another member, Makkhan Lal, is a director of a ‘heritage management institute’ and was a ‘distinguished fellow’ of the right wing think tank known as the Vivekanada International Foundation from 2015-2017.

One of his articles on the Vivekananda Foundation page is devoted to a strident polemic against Wendy Doniger and her book The Hindus: An Alternative History (2009). In this article, Lal makes it a point to register his support for Dina Nath Batra, a leading light of the RSS affiliated body Vidya Bharati, who had led the campaign to suppress Doniger’s book. That tells us a lot about this member’s ideas about what counts as ‘Indian Culture’.

Yet another member is a retired Supreme Court judge who is also chancellor of a Sanskrit academy. There are four other Sanskritists on the committee and one professor of linguistics.

The Ministry of Culture’s remit for the qualifications necessary to assess “12,000 years of Indian culture” are both elegant and economical. The histories, life-worlds, achievements, experiences, memories and imaginations of people who are not Hindu, Hindi-speaking men in possession of a sacred thread on their ‘twice born’ persons, simply do not matter.

This is as clear a signal as we can get about the cultural agenda of this regime, which is to lay the foundations of the administrative-bureaucratic apparatus of Hindu rashtra. To turn the chimera of ‘Indian culture’ into what many have always suspected it to have been: an old boys network fashioned out of privilege and entitlement, a clique that is as tight as tight can be, with passwords encoded by ghosts, written like spells in a dead language.

The only response to this statement by the culture minister in parliament so far has come from Su Venkatesan, MP from Madurai (CPI-M) and also a well known Tamil writer. In his submission, recorded on September 21, Venkatesan said:

“Isn’t the region below the Vindhyas not part of India?Aren’t there other civilisations apart from Vedic civilisation? Aren’t there languages older than Sanskrit? Is this committee formed to discard important contributions by experts starting from John Marshall, Suniti Kumar Chatterjee to Iravatham Mahadevan, Tony Joseph, R. Balakrishnan, so as to convert mythology into history? One cannot see the roots beneath the soil by inspecting them from an airplane. Likewise, the true culture of this soil cant be written by people who are placed at the top of the caste hierarchy. So, I submit to dissolve this committee.” (translated from Tamil)

On Thursday, September 24, a number of MPs signed a letter demanding that the committee be disbanded.

This analysis of the composition of the expert committee and what it represents would be incomplete if it did not attend to one of the five Sanskritists, a professor of Sanskrit at Jawaharlal Nehru University in New Delhi, because he is willing to take Indian culture far beyond even the ministry’s mandate of 12,000 years. 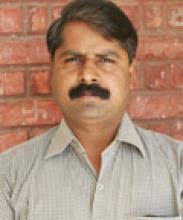 In an interview with Reuters, Santosh Kumar Shukla has placed on record that he believes “India’s Hindu culture is millions of years old.” Shukla did not specify how many millions of years, however.

The fossil record shows that Homo sapiens emerged in the East African Rift Valley approximately 300,000 years ago – that is, 700,000 years later than ‘a million years ago’. Tony Joseph, author of Early Indians, informs us that there are two competing theories about when the first humans appeared in the Indian subcontinent. “The ‘early version’ says they arrived 74,000 to 120,000 years ago from Africa through the Arabian peninsula with Middle Stone Age tools such as scrapers and points that helped them hunt their prey, gather food, or make clothes,” he wrote in The Hindu. “The ‘late version’ says they arrived much later, around 50,000 to 60,000 years ago, with upgraded technology such as microlithic (tiny stone) tools that might have been used to give sharp tips to arrows and spears.”

Either way, this means that if we take Shukla’s claim for the antiquity of Hinduism seriously, it has to be said that the standard-bearers of the Hindu culture of ‘millions of years ago’ must logically have been life-forms other than human.

Since, as already pointed out, Shukla did not specify exactly how many millions of years ago India’s Hindu culture existed, we are free to speculate about the identity of these primeval Hindus.

Rajasaurus narmadensis – the species to which the first dinosaur skull found in India belonged – could be an excellent candidate, for having fulfilled all the necessary criteria for a Hindu hero from millions of years ago. R. narmadensis was a native of the Narmada valley, part of the central and western regions of the fragment of Gondwanaland, which would join the Laurasian supercontinent to form what we now call the Indian subcontinent. After reigning for a pretty long and eventful time, R. narmadensis went extinct around 65 million years ago, passing the baton of Hindu identity to other worthy creatures.

Looking at the distinguished profile of Rajasaurus (see image of a specimen above), one can’t but fail to be reminded of the physiognomy of several Hindutva champions. There is a startling resemblance in those well-defined, exposed fangs and that noble predatory jawline. Hindutva heroes have always distinctly called dinosaurs to mind. Now, thanks to Santosh Kumar Shukla and his colleagues on the Ministry of Culture’s expert committee, we know why.