Mathura Meat Ban: What Are the Real Motives and Possible Ramifications?

While the legality of such ban orders was upheld by the Supreme Court, the motive warrants a serious debate because the sale of meat and liquor is intimately linked to the rights and livelihoods of a large number of people. On August 30, the Uttar Pradesh government declared its intention to impose a complete ban on the sale of meat and liquor in Mathura. Officials have been directed to work out the modalities of implementing the order. Ban orders like this are already in force in Haridwar, Rishikesh, Vrindavan, Barsana, Ayodhya, Chitrakoot, Deoband, Dewa Sharif, and Misrikh-Naimisharanya. In Haridwar, such orders exist since 1956.

In India, though it might vary from state to state according to their Meat Shop Licensing Policy, meat shops are, in any case, typically not allowed within 100 metres from the main gate of any religious place and 50 metres from its perimeter – for Varanasi temples, the distance is 250 meters. On the other hand, ban orders of the type envisaged for Mathura include the entire municipal area of the place.

The question of legality

The legality of such ban orders is not in dispute; the real motives and possible ramifications, however, do warrant a serious debate because they are intimately linked with the rights of a large number of people, their livelihoods and safety from vigilantes.

The legality of such ban orders has already been upheld by a division bench of the Supreme Court in the case of Om Prakash and others vs State of UP and others (2004). In that case, the petitioner had challenged the orders prohibiting the sale of eggs (meat having been already banned) within the municipal limits of Rishikesh on the ground of violation of his fundamental right under Article 19(1)(g) of the constitution of India to practise any profession, or to carry on any occupation, trade or business.

However, the Supreme Court agreed with the government that religious tourism was the major source of revenue and employment in the three towns of Haridwar, Rishikesh and Muni ki Reti, warranting a ‘clean and congenial atmosphere in all religious places spread over the three towns’ in common interest of the residents, pilgrims and visitors. The court said that trade in all kinds of food items vegetarian or non-vegetarian in adjoining towns and villages outside the municipal limits of the three towns remained unrestricted and there was no substantial harm caused to those engaged in such trade and hence Article 19(1)(g) was not violated. 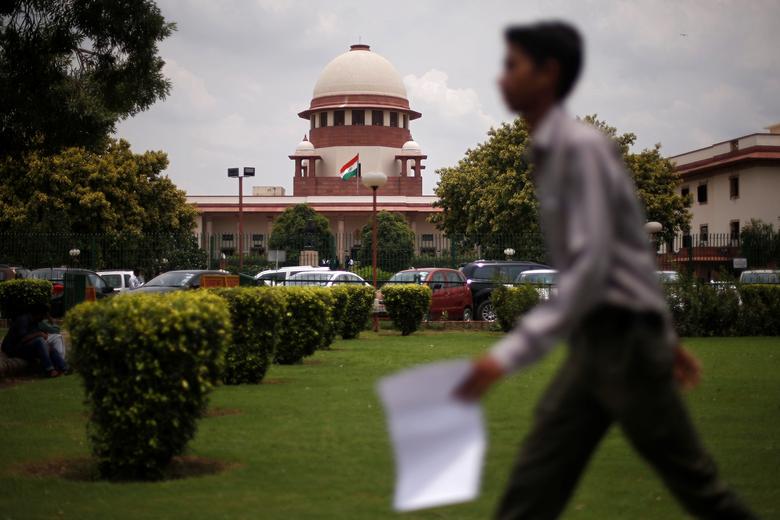 Uncertain fate of those engaged in meat and liquor business

The suggestion of UP chief minister Yogi Adityanath to those engaged in the liquor and meat trade in Mathura to take up selling milk instead to “save the glory of Lord Krishna’s birthplace” is fraught with practical difficulties.

First, it is not easy for those who are in a certain line of business for many years to suddenly change line and establish themselves to such an extent that their earnings would be at the same level. Even a real estate giant company cannot be expected to switch over to say, defence production overnight! How can small traders then be expected to change businesses so suddenly?

Moreover, since the per unit cost of meat or liquor is much higher than that of milk or milk products, it means that to keep their earnings at the same level, they would have to sell a much higher quantity of milk. It is doubtful whether the town will have that much greater supply of milk or even demand for it.

Second, since the demand for milk by the locals is already being met by the existing milk vendors, it is not understandable how the fresh entrants would be able to survive and thrive. Most importantly, if a large number of people suddenly enter the same business, in a market of more or less fixed demand, the earnings of each one of them would go down, including those who are already in the field. It is a matter of simple common sense. A given residential locality of say 500 houses, for example, can support only a certain number of electricians, plumbers, photocopying shops, grocery shops, milkmen, those who iron clothes, sweetshops, vegetable and fruit vendors, etc.  Throw in more and everybody loses business.

The question of right to choice of food and impediments

Eating food of one’s choice, be it meat or vegetarian, has been held to fall within the fundamental right to food. Governments cannot encroach upon this right.

It is understood that the sale of meat and liquor will be allowed outside the municipal limits of Mathura. However, given the high cost of petrol these days, commuting to outside municipal limits for small purchases of non-vegetarian food items would pose an unacceptably high burden on the pockets of the citizens. Buying chicken worth Rs 200 might very well consume two litres of petrol by a car to commute say 25 km up and down in urban traffic and thus cost more than the chicken itself! Please note that not everybody can ride a bike or use a cycle.

And this would not be the problem of just a few people. According to the 2011 Census, Hindus made up 79.8%, Muslims 14.2%, Christians 2.3%, and Sikhs 1.7% of India’s population of 121.09 crore. Various surveys have shown that over 70% of Indians are non-vegetarian. From this, we can work out the percentage of non-vegetarians amongst the Hindus.

For the sake of simplicity, let us assume (even if somewhat inaccurately) that all Muslims, Christians and Sikhs are non-vegetarian and that the remaining religious persuasions (2%) are vegetarians. A little calculation would show that to yield 70% of the total population as non-vegetarian, 62.42% of the Hindus must be non-vegetarians – or at least roughly 60% as a ballpark figure.

Small towns like Rishikesh are a different story altogether. According to the 2011 Census, the population of Rishikesh was just 8,033 (though a 2018 report claimed it had increased it by nearly ten times due to more areas being incorporated under the municipality). Out of this, there were just 85 Muslims (1.06%) with 7,897 Hindus (96.31%).

In comparison, Mathura had a population of 349,909 with 60,259 Muslims (17.22%) and 285,309 Hindus (81.54%). It means that more than 2.3 lakh people could be non-vegetarians. Mathura is thus clearly not comparable with Rishikesh. In other words, the number of people likely to be inconvenienced by the ban order in Mathura would be much higher. The possibility of atrocities by vigilante rowdies

We have had many instances of rowdies indulging in physical assaults and lynching by vigilante mobs across the country. Of late, the targets of such atrocities have often been found to be poor Muslim vendors. We would be committing a serious mistake if we describe such communal crimes as ‘social exclusion, ‘economic marginalisation’ or ‘economic boycott’ of Muslims. Things have gone way beyond that. It is now a shameless assertion of dominance, which makes vigilante violence atrocities and not just IPC crimes. Geeta Pandey cites Hasiba Amin’s anguished observation, “Today hate has gone mainstream. It is cool to go attack Muslims. The hate mongers are also rewarded for their actions.”

In view of the now crystallised behavioural pattern, it is quite reasonable to apprehend that those carrying meat for their own consumption bought from outside the municipal limits could be stopped by the vigilantes and their carry bags checked. If they happened to have say 3-4 kg of meat or more, the vigilantes could easily allege that they intended to sell that inside the town on the sly for a profit and assault them. Worse, they could be accused of carrying beef and even killed. Experience shows that vigilantes are not likely to be punished properly and thus such incidents are indeed likely to occur.

What excludes Varanasi from the ban?

Varanasi/Kashi is indisputably the holiest of the holy places for the Hindus, being the eternal abode of Lord Shiva. What has exempted Varanasi from a blanket ban on meat and liquor so far? It cannot be argued that the religious sentiments of some Hindus would be hurt by the sale of meat in Mathura but not in Varanasi, as that would be clearly illogical. And, if religious sentiments could ‘live with’ or ‘tolerate’ meat shops situated beyond 250 metres of temples in Varanasi instead of a blanket ban inside the entire municipal area, they should be able to ‘live with’ or ‘tolerate’ similar conditions elsewhere also. The government should have a logically consistent stand for all places.

There are no clear answers to this dichotomous situation. In the 2011 Census, Varanasi had a population of 11,98,491 with 345,461 Muslims (28.82%) and 840,280 Hindus (70.11%). The author has discussed the matter with a cross-section of people. Some people surmise that it is because of an apprehension of a backlash from such a large Muslim population that has made the government exercise restraint. Some point out to possible lobbying by and pressure of the huge tourism and hospitality industry in Varanasi.

Still others suggest that after small towns like Rishikesh and Ayodhya (55,890) or Vrindavan (63,005), Mathura is the first bigger town to be subjected to this ban. They maintain that this is an experimental balloon – the government is actually testing the waters as to how far they can push the Muslim community and how much would be the electoral advantage accruing from the communal polarisation thus achieved. Similar orders would be issued for Varanasi if results from the Mathura experiment are encouraging. 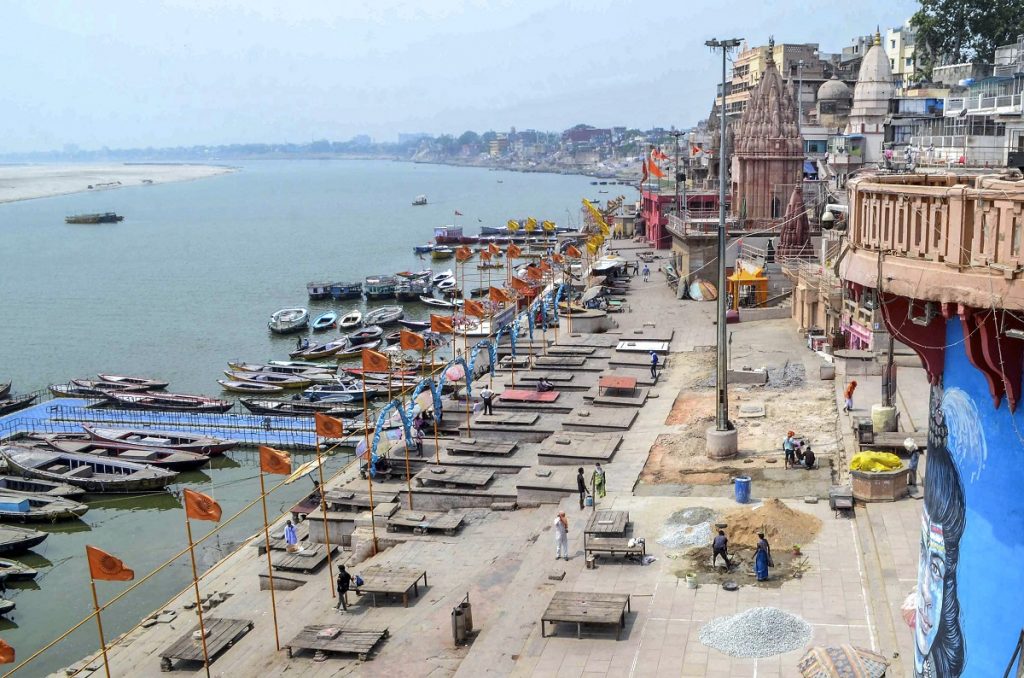 Opposition parties have questioned the move. The Samajwadi Party said the state government was trying to divert the public from ‘real issues’. Their MLC Sunil Sajan asked why it took them four years to make such a move. He also said that those selling meat and liquor in Mathura should be prioritised in giving employment but doubted whether it would be done.

Dar-ul-Uloom Farangi Mahal spokesperson Maulana Sufian Nizami also said, “We do understand that meat and liquor can’t be sold near religious places, but how will the state government ensure employment to those selling meat for years?” He too pointed out that it was never easy to change business suddenly.

As the respondents to the author suggested, the immediate objective appears to be strengthening the government’s pro-Hindu image and thus consolidate Hindu votes further before the 2022 assembly elections. They maintain that as a long term objective, it does appear to be a trial before imposing it on places like Varanasi. If the experiment is successful, it would be a huge boost to the prospects of Yogi Adityanath as the future prime minister of the country.

N.C. Asthana, a retired IPS officer, has been DGP Kerala. He is a vegetarian and amongst his 49 books, two are on Hindu religious philosophy. He tweets @NcAsthana.