While authorities have cited various environmental and safety issues, homestay owners – who have grown to depend on this viable source of alternative income – have promised resistance if demolitions take place. 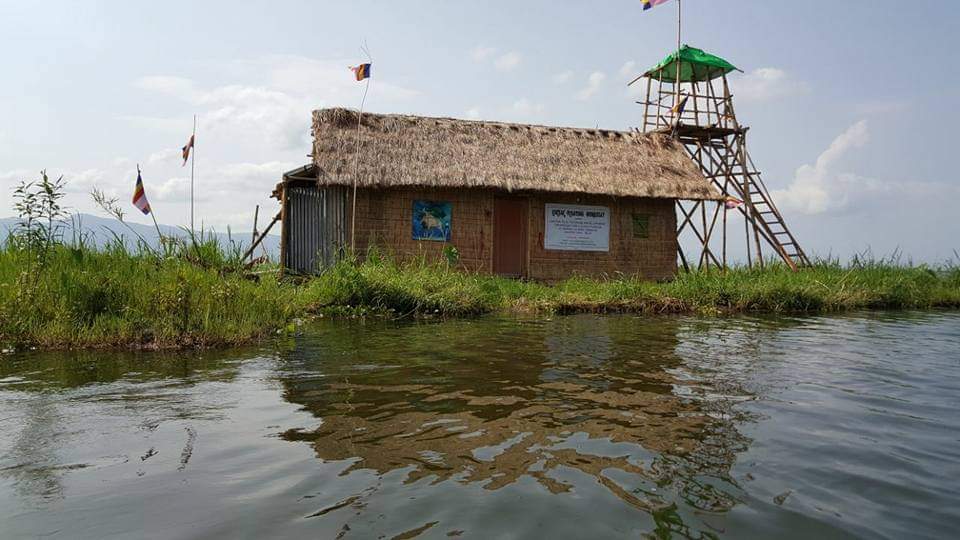 Kolkata: Manipur’s Loktak Development Authority (LDA), in charge of preserving the Loktak Lake, has asked for the removal of all homestay facilities on the phumdis – floating islands of biomass which are unique to this lake – within 15 days from when the notification was issued, on July 18.

There are about 40 such floating homestays in Loktak, one of India’s largest freshwater lakes and a Ramsar site, which means that it is a wetland of global importance.

Speaking to The Wire over phone, several homestay owners said that “no one could dismantle their facilities” and promised resistance if the LDA tried to. Most of these homestays are run by local people, involving members from the fishing community, for whom homestays have opened a new window for income amidst a steadily declining fishing resources.

Loktak is also part of the Montreux Record, a register of wetland sites on the Ramsar list “where changes in ecological character have occurred, are occurring, or are likely to occur as a result of technological developments, pollution or other human interference.” Loktak’s presence in the Montreux list has largely been attributed to the adverse impact of the Ithai barrage on Manipur river, commissioned nearly five decades ago.

In its July 18 notification, the LDA authorities said that the state government was “striving hard to rejuvenate the ecological condition” of the lake with the aim to delist it from the Montreux Record. It had noted “an exponential rise” in the number of such floating homestays, as well as the local fishing structure called ‘athaphum’, the notice said, adding that these have put the lake at risk impacting the natural environment adversely.

“Such homestays have also become a social issue as they are operated without proper regulations,” the notice said and added that all home stays will have to be dismantled within 15 days from the publication of the notice, failing which the LDA will take appropriate steps without further notice.

For the people engaged in running homestay facilities in Loktak, such threats do not sound empty. In 2011, using provisions of the same Manipur Loktak Lake (Protection) Act, 2006, nearly 800 houses on phumdis were burnt down after their occupants refused to vacate them responding to a similar notice. At that time, Manipur’s present chief minister N Biren Singh – now a Bharatiya Janata Party leader – was a minister in Okram Ibobi Singh’s Congress government. 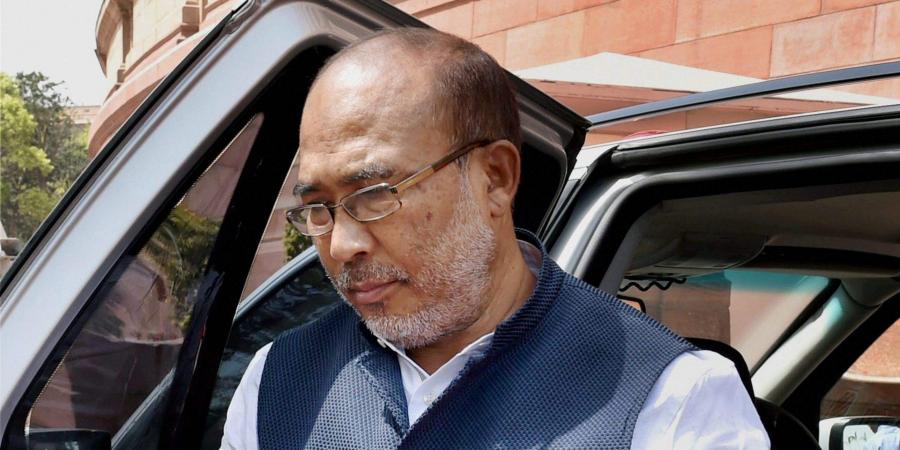 The state’s environmentalists have long criticised the Act as “anti-people,” alleging that it aims to de-link people from the lake, whereas the ‘wise use’ policy of the Ramsar convention speaks of “conservation and sustainable use of wetlands and all the services they provide, for the benefit of people and nature.”

Speaking to The Wire and requesting anonymity, an official at the LDA said that they had to take these steps because these homestays are “totally unregulated,” with no solid and liquid waste management plan.

“The biggest issue is, they have no disaster management mechanism. Tourists are taken to these homestays on tiny, country boats. None are equipped with life jackets. If a disaster happens, it will earn a bad name for the whole of Manipur’s tourism industry and then the administration will be blamed for not taking steps,” said the official.

The official added that the number of floating homestays increased from fewer than 20 to about 40 in less than a year. “They were just mushrooming. We had to step in to protect the lake.”

Homestay owners’ associations and environmentalists agree that there is a need to regulate these homestays. The former say they are ready to comply.

“We have been in talks with the LDA for the past few months. We have met officials at least four times and discussed the need for regulations. We asked them to provide us with a model of ‘dos and don’ts’. When they didn’t, we created a ‘dos and don’ts’ chart and shared it with them. We got no response. And now, they say they want all such homestays dismantled. We cannot agree with this,” said Maipakchao Oinam, president of the Loktak Floating Homestay Association.

A resident of Thanga, the largest island in the lake, Oinam is known as a pioneer in introducing homestay culture in the state’s tourism scene. His homestay was the first in Manipur, established in 2013.

Notably, Asnikumar Moirangthem, a senior leader of Manipur BJP who comes from the Loktak neighbourhood and took charge as chairman of the LDA in April this year, wrote an article in May that was published on the LDA’s website. In it, he wrote that “the charm and ingenuity” of the lake was “on the brink of fading into oblivion due to some shortsighted decisions taken 48 years ago” – a timeline referring to the commissioning of the Ithai barrage on Manipur. 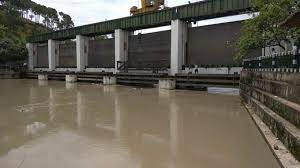 The gates of the Ithai Barrage. Photo: Facebook/Imphal Free Press

The barrage has widely been attributed as the main reason for the choking of the lake’s ecosystem and livelihood of the lake people.

“Government policies of the past which were meant for the preservation of the lake constitute huge threats to the fishermen as most of them lack alternative livelihood skills,” Moirangthem wrote.

Now, the LDA under him is being accused of taking away the alternative income option that some local residents developed.

Most of the homestay owners The Wire spoke to said they suspect the government was removing them from the tourism scene to make way for big investors whom the government is trying to bring in to commercialise tourism in and around Loktak.

One of them, who did not want to be named, said, “We will not dismantle our structures and will resist attempts to dismantle those. If the government applies force to destroy these, we will ensure that no commercial tourism project ever takes place in Loktak. We will not allow the government to bring in big investors after removing us from the scene.” 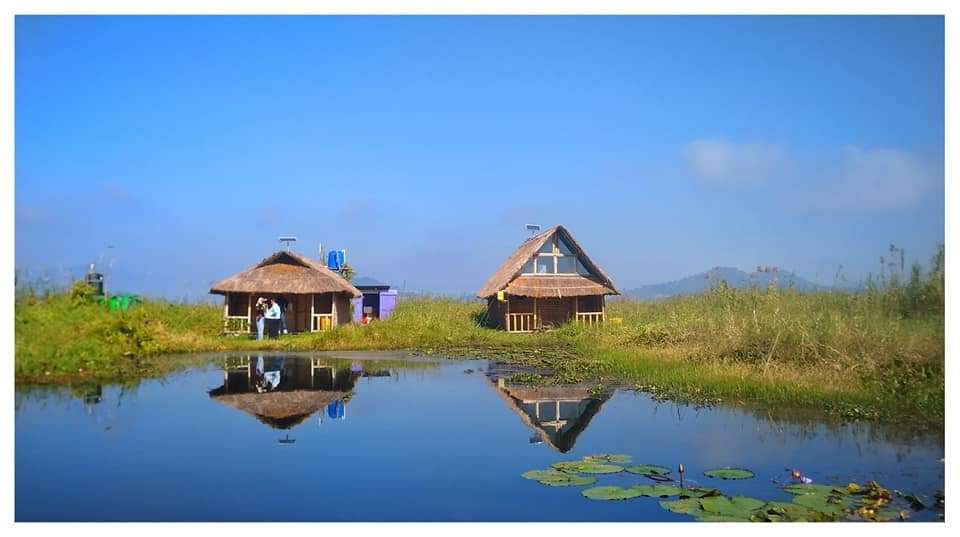 A floating homestay on the Loktak. Photo: Facebook/Loktak Floating Homestay

Ashok Sapamcha, treasurer, Manipur Homestay Association, was the first person to start operating a homestay on a phumdi, in 2017. He said that the organisation is looking for an appointment with the chief minister to request him for the withdrawal of the notice.

“We are ready to be regulated but a blanket ban on homestays is unacceptable. The local people, who were already under economic stress due to the adverse impacts of the Ithai barrage, found a way to survive with these homestays,” Sapamcha told The Wire.

Oinam said the homestay owners discussed these issues for the first time with LDA officials, including the chairman, on May 26. On May 29, they formed Loktak Floating Homestays Association and also a committee to draft the ‘dos and don’ts’. On June 4, they finished drafting them and subsequently conveyed it to the authorities.

“They said they wanted us to follow a model. They said every facility must have bio-digester toilets and a room for caretakers. But when we asked for diagrams, they didn’t give us any. They actually don’t have any idea. One day they say something and the next day something else,” Oinam told The Wire.

“We were born and brought up here. We call the lake our ‘mother’. We have always tried to protect the lake because we know we will live only if the lake survives. But this order to remove all floating homestays is completely unacceptable,” he added.

According to environmentalist Ram Wangkheirakpam, convenor of the Imphal-based Indigenous Perspectives, the LDA does not have the capacity to think and act about wetlands on its own, as it has no hydrologist, ecologist or limnologist on board.

Imphal-based environmentalist Salam Rajesh said the recent move came as a continuation of the government’s efforts of several years to take the lake away from ‘the lake people.’

“Local residents will not accept this notification,” said Rajesh, a member of Manipur State Wetlands Authority.