The order may or may not bring closure and peace to the victims' families, but it has renewed hope for justice in areas where the AFSPA is in force. 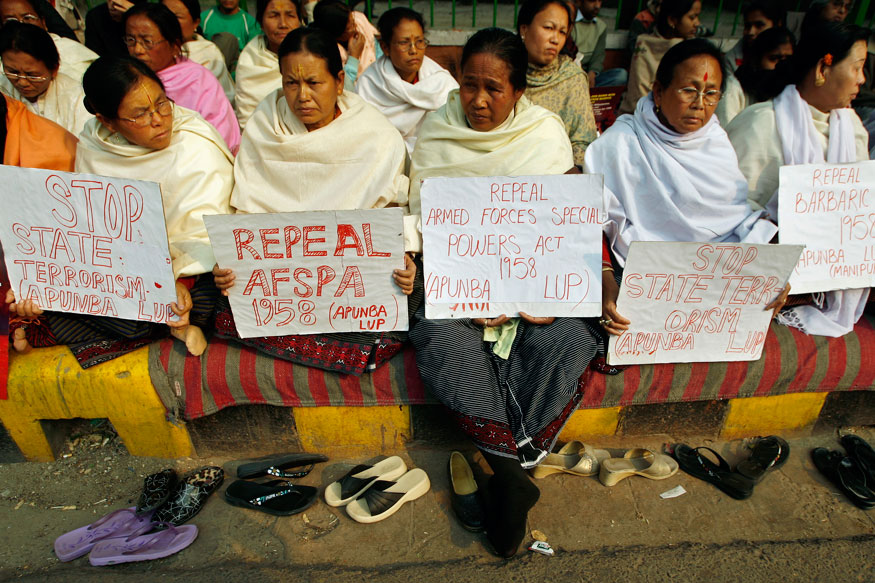 On July 14, the fight against extrajudicial executions in Manipur moved closer to the cusp of an impossible victory with the Supreme Court ordering a CBI probe into 98 such cases in the last decade.

The order sent me back to a July 2009 afternoon in Imphal when I met retired district and sessions judge C. Upendra. Justice Upendra – who had headed 12 inquiry commissions into alleged fake encounters by police or security force personnel between 1996 and 2007 – made it clear that mere suspension of the accused personnel is never effective for bringing justice. “They should be arrested. They should be put in jail,” he said in anger. In other words, he was asking for an FIR to be registered and the accused to be tried in civilian courts, thus effectively removing the immunity extended to security forces through the Armed Forces (Special Powers) Act (AFSPA).

Justice Upendra, who passed away in an accident in 2015, had told me, “I found the security forces guilty in every single instance.” It was a powerful admission, yet his findings at that point had not yet been acted upon by the government. This included the deeply disturbing killing of 32-year-old Thangjam Manorama in 2004.

With me that afternoon were human rights researchers Basanta and Ranjeeta, both of whom were working with a team from the Human Rights Alert (HRA), a local NGO headed by Babloo Loitongbam. The team was documenting cases of extrajudicial executions and preparing for a court battle. Their work was in effect an extension of the spirit of countless Manipuris resisting human rights violations and laws like AFSPA that had turned the state into a space of legal exception.

According to the HRA, between 1979 and 2012, there have been at least 1,528 documented cases of extrajudicial executions. Armed with that evidence, the NGO, with the families which had lost their near ones, knocked on the doors of the Supreme Court. After four years, in July 2016, the Supreme Court made it clear that security force personnel cannot get away with impunity, stating:

“outright acceptance of the proposition advanced [that Army personnel have immunity from civilian trials] is equally unsettling and demoralising, particularly in a constitutional democracy like ours.”

It was a landmark judgment, creating necessary cracks in the immunity under AFSPA. “If members of our armed forces are deployed and employed to kill citizens of our country on the mere allegation or suspicion that they are enemy, not only the rule of law but our democracy will be in grave danger.” A year later comes this order: Reopen cases, prosecute. “We hope that after the first 98, the order will extend to the 655 cases we resubmitted with more evidence and eventually there will be justice for the 1,528 families or any family waiting for justice,” Babloo told me.

Colin Gonsalves, lawyer for the petitioner, and amicus curiae Menaka Guruswamy have been insisting throughout for an SIT and criminal prosecution. “It seems the constitution has not reached Manipur,” Guruswamy had argued in April. Now with the order stating that a crime cannot be ignored because of a lapse of time, the court has offered the hope of access to justice for thousands of families. This is in stark contrast to the court’s ruling in 1997, when it upheld the constitutional validity of the AFSPA, after it was challenged by the Naga People’s Movement for Human Rights. At the time the court had only specified an essential list of “do’s and dont’s” to be followed by security forces. But criminal prosecution remained a distant cry, and fake encounters continued.

Also read: Sorting Through the Paper Trail of Fake Encounters in Manipur

With the encounters rose the possibility of a gallantry medal being given to security personnel involved in them. “I am to live with this. I am to suffer this,” Lokendra Arambam, an academic who has long advocated for the repeal of AFSPA, told me in 2009 after Manipur police commandos killed an unarmed man in an open market in broad daylight. Four years later, in 2013, the Justice Verma committee recommended the removal of the immunity extended to armed forces under the AFSPA in cases of sexual offences. But that recommendation too was ignored.

Despite the recent ruling, for the family of Manorama, the road to justice will follow another path. After all these years, all that Manorama’s family has received is a sum of 10 lakh rupees as compensation. Not justice. The army held a court of inquiry. But not a whiff of it is in the public domain. It isn’t surprising that those who killed Manorama have never been punished. Justice Upendra, who conducted the enquiry in the Manorama case, had clearly named those who tortured her and forcefully carried her away in the dead of a July night in 2004. “They do whatever they like. They have no regard for the law of the land,” he had told me about the forces.

The army, paramilitary forces and the police are not above the law. The Manipur cases must set a precedent for independent civilian investigations and prosecutions into all allegations of rights violations by security forces in areas where the AFSPA is in force. It may or may not bring closure and peace to the families who are still in mourning, embracing the half-faded photographs of their loved ones. But prosecuting security personnel who have raped and killed is still an essential step towards justice. And something all of us owe to our consciences.