There has been a growing clamour from tribal and student groups in the state to implement NRC in Manipur to filter out alleged illegal migrants. 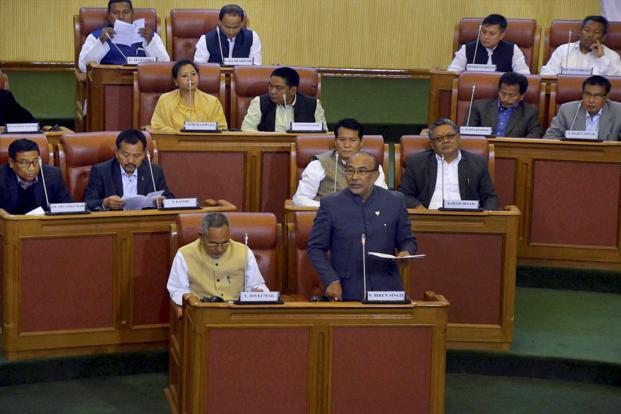 The resolutions were moved by Janata Dal (United) legislator Kh Joykishan on Friday, August 5, the last day of the budget session of the state assembly.

The JD(U) MLA raised his concern over the alleged infiltration of outsiders into Manipur.

He claimed that there were restrictions on people from the valley districts settling in the hills, and the whopping population growth, particularly in the hills, could be attributed to the alleged influx of people from outside.

Chief minister N. Biren Singh participated in the discussion on the resolutions and said such motions to establish a population commission and implement the NRC in the state would serve the collective interests of all the members of the House.

They claimed that a citizenship register was necessary to check migration from Myanmar, Bangladesh, and Nepal. Myanmar, they said, was of their particular concern given that the state shares a 398-kilometer unfenced international border, according to The Hindu.

Many of the Chin-Kuki tribes of Myanmar share ethnic bonds with the Kuki community in Manipur, which they said, aided the alleged illegal migration into the state due to the political unrest in the neighbouring country.

In the memorandum to the Prime Minister – which was also shared with Union home minister Amit Shah, Manipur governor La Ganeshan, and chief minister Biren Singh – the tribal and student groups alleged that the abolition of the pass or permit system for Manipur, which had existed until November 1950, enabled the “intrusion of immigrants” from Bangladesh (formerly East Pakistan), Myanmar and Nepal. 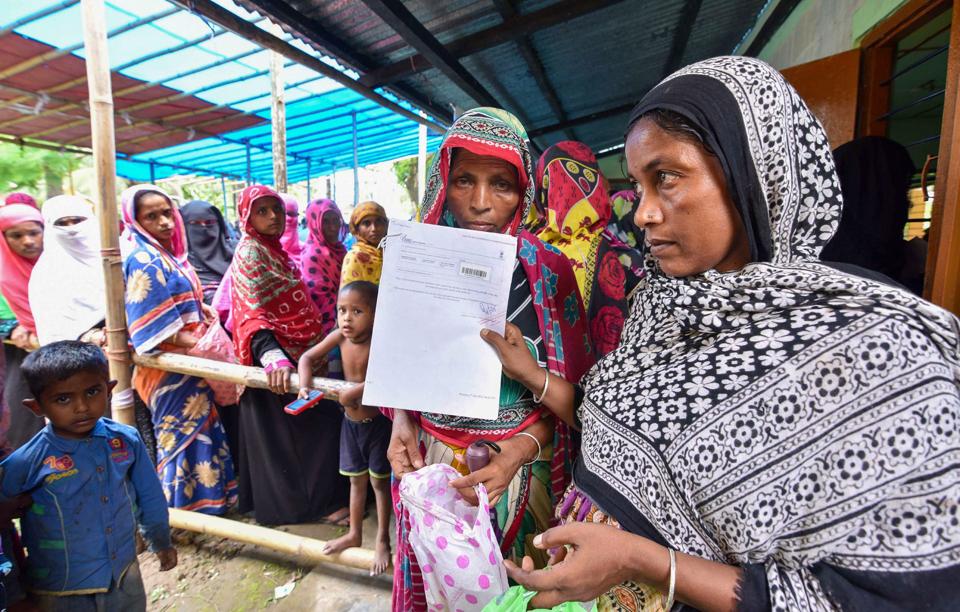 “People from these three countries autonomously settled in the state since the abolition of the pass system and no discerning step was taken up during the last 75 years under the Foreigners Act of 1946,” the organisations had said, according to The Hindu. “This continuous overflow of influxes had led to migrants take possession of the socio-economic and political rights of the indigenous people.”

They demanded the constitution of a state population commission to “check and balance the population growth”. According to them, indigenous communities were being “swamped and marginalised” in their own state by the “ever-increasing population” of outsiders.

Although the Union government in December 2019 extended the Bengal Easter Frontier Regulation of 1873 to Manipur to bring the state under the Inner-Line Permit (ILP) system that requires Indians from elsewhere to possess a temporary travel document, local outfits allege, according to The Times of India, that it has not been able to arrest the illegal migration.

Also read: CAA Will Be Implemented After COVID Vaccine Drive is Over, Says Amit Shah

Manipur is the fourth state in the Northeast to be brought ILP system while other states are Arunachal Pradesh, Nagaland and Mizoram.

On the other hand, once Manipur begins the NRC exercise the authorities concerned will have to deal with knotty issues on the ground. One, there are conflicting demands on which year should be taken as the base year for recognising domicile.

Some influential tribal groups and student bodies have been pressing for 1951 to be considered as the base year even after the Manipur government adopted 1961 – when Manipur became a separate state – as the base year.

These multiple and conflicting demands also expose the deep-seated and longstanding ethnic conflicts in Manipur, according to Scroll.in. Over the years, Manipur has witnessed multiple ethnic insurgencies – Meitei, Naga and Kuki – with each group demanding a separate homeland of its own. Also, these tribal homelands cut across state and national borders.

From 2019 onwards, when Assam compiled its NRC, there have been demands from other Northeastern states for similar exercises in their own states. However, it may be recalled that Assam NRC came under sharp criticism, for it left out close to 2 million, whose citizenship now stands in jeopardy.

Meanwhile, home minister Amit Shah on Tuesday, August 2, said that the government will implement the Citizenship Amendment Act (CAA) coupled with NRC once the ongoing COVID-19 vaccination drive in the country is over.