'Ensure Your Name Is on Voter List or You'll Be Sent to NRC Detention Camps,' Mamata Tells Crowd

The chief minister's thinly-veiled attack on the BJP came at a state government programme to distribute land 'pattas' (documents) to marginalised families across the state. 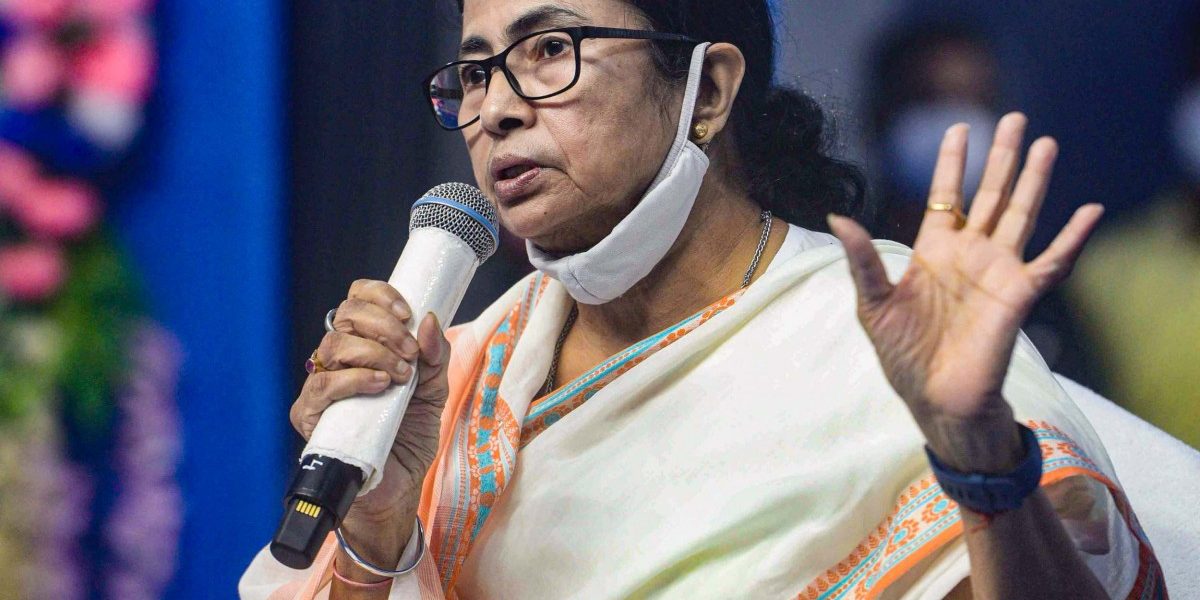 New Delhi: West Bengal chief minister Mamata Banerjee on Wednesday, November 23, asked people of the state to ensure that their names are on the electoral roll to avoid getting sent to detention camps under the garb of enforcing the National Register of Citizens (NRC).

Her remarks came while addressing a programme organised by the state government to distribute land ‘pattas’ (documents) to marginalised families from all districts.

“Ensure your name is there on the voter list or else you will be sent to detention camps in the name of NRC. It’s a shame, shame and shame,” news agency PTI quoted Banerjee as saying.

The NRC, coupled with the Citizenship Amendment Act (CAA), 2019, has long since been a flashpoint between the Banerjee-led Trinamool Congress (TMC) government in Bengal and the Bharatiya Janata Party (BJP)-led Union government. Now, with panchayat elections looming in the state, the issue assumes new importance.

As The Wire reported, the TMC is set to face a tough challenge, particularly in the state’s rural areas, due to allegations of widespread corruption and a lack of employment opportunities. And these polls have, in recent years, been seen as a sign of things to come vis-a-vis politics in the state as a whole.

Also read: Panchayat Polls Are The Weathervane Of WB’s Politics. So What’s On The Cards This Time?

Therefore, Banerjee’s remarks on the NRC are noteworthy as they reiterate her long-standing opposition to the BJP’s efforts to implement it in conjunction with the CAA.

Notably, the BJP has gradually softened its stance on NRC implementation in Bengal. While assembly elections were going on in the state last year, Kailash Vijayvargiya, national general secretary of the BJP said that if the party came to power in the state, it would not implement the NRC and that the ruling TMC was wrong to accuse the saffron party of taking away the rights of the people.

Vijayvargiya did, however, say that the CAA would be implemented, but the Union government is yet to notify the rules for the legislation.

“If the refugees are not citizens then how come their votes were counted as valid? One cannot call them not citizens of this country after being elected to the government with the help of their votes. This is just a way to disrespect them,” the chief minister continued.

Mamata also told the crowd that letters were being sent to the prime minister every day “to stop funds for welfare projects… From 100 days’ work to other schemes,” – an ostensible reference to the leader of the opposition in West Bengal, the BJP’s Suvendhu Adhikari, who reportedly wrote to Prime Minister Modi in August and alleged that the TMC government was diverting Union government funds meant for welfare schemes.

“Those who are doing this are trying to stop the economic growth of the state. We were also in the opposition once but never tried to stop the development of the state,” Banerjee continued, according to the Express, adding that the Union government is “running on the party’s instruction” without specifically mentioning the BJP.

Banerjee at the programme handed over 4,701 land pattas.

She also referred to incidents of “forcible takeover of land by the railway and airport authorities”,

“No eviction will be allowed in Bengal without proper compensation and rehabilitation,” she said. “[Start] protests if your land is forcibly taken and the state will be with you”.