Mamata Government Under Fire for Hiding Data on COVID-19

After the duty roster from a medical college emerged, opposition parties have alleged that death certificates were being forged to keep the COVID-19 fatalities low. 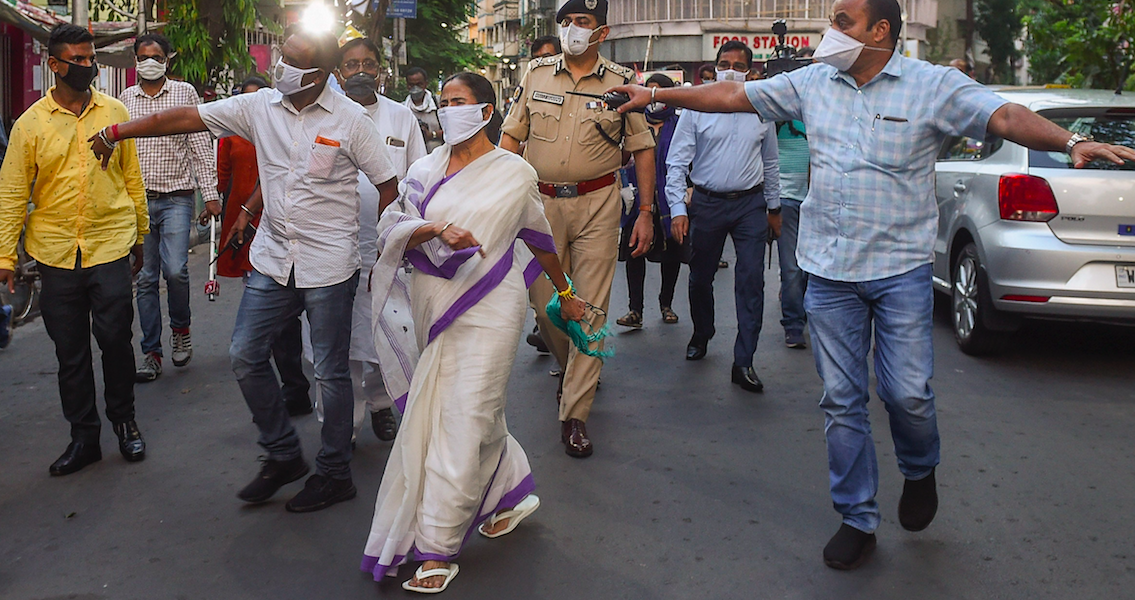 Kolkata: Amidst a tug-of-war between the ruling Trinamool Congress (TMC) and the opposition, controversies don’t seem to end in West Bengal. While many have praised Mamata Banerjee’s leadership in the state’s fight against the pandemic, the opposition has pointed out instances in which government hospitals have attempted to cover up COVID-19 cases.

Recently, a duty roster for medical officers of Murshidabad medical college blew up into a heated political controversy. The opposition alleged that the medical college was forging death certificates to keep COVID-19 fatalities low. Similar reports had also come out of other medical centres in Kolkata.

The roster also mentioned that “Death certificate cause will be usual cause.”

Although the authenticity of the duty roster couldn’t be independently verified by The Wire, the state government’s quick action in the case showed there was some merit in the allegation. On April 29, the state health department issued an order transferring Dr Saha to North Bengal Medical College and Hospital.

Swapan Dasgupta, Bharatiya Janata Party (BJP) Rajya Sabha MP, was the first to share the official document from his Twitter handle. Speaking to The Wire, Dasgupta said, “Bengal’s testing rate is very low, on top of that when you (state govt) are fudging data, there is no way we get an actual picture on the ground. The concealment of data further makes the planning difficult.”

On April 29, Trinamool’s Lok Sabha MP, Kakoli Ghosh Dastidar tweeted that the BJP had produced a doctored document. She also attached a photo of the ‘correct version of the April 25 duty roster’. The new  document has no information on deaths related to COVID-19 and the issuance of death certificates. 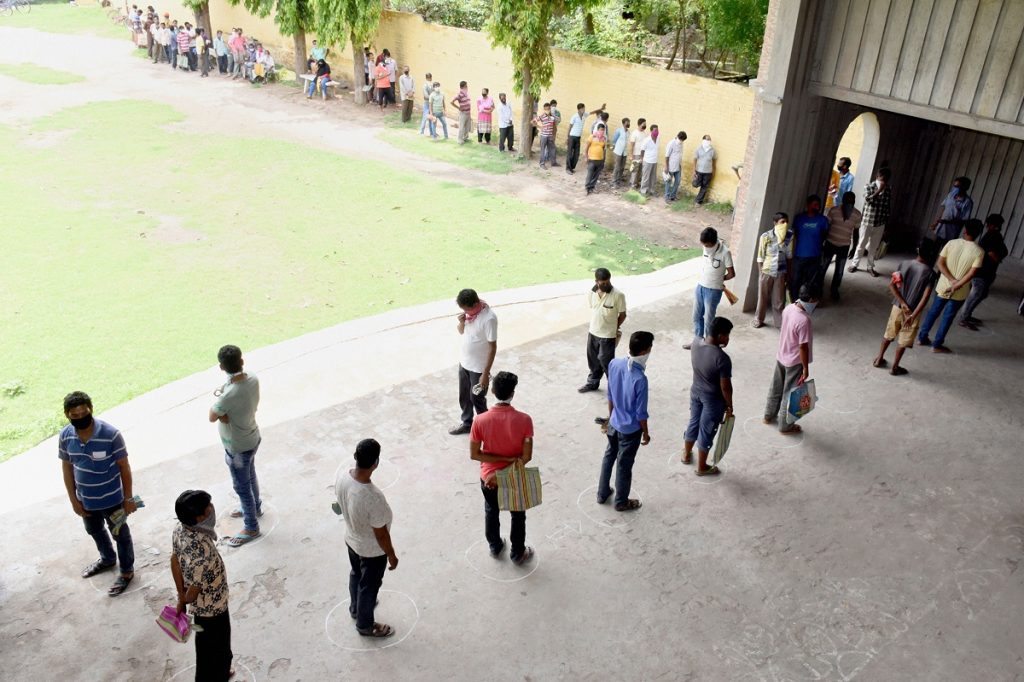 TMC Rajya Sabha MP Santanu Sen, also the national president of the Indian Medical Association (IMA), told local media that the April 25 duty roster of the Murshidabad Medical College had a typographical error that was rectified the following day.

However, Adhir Ranjan Chowdhury, the Murshidabad MP, slammed the state government for “hiding” data related to COVID-19 since the outbreak. “The transfer of the superintendent of Murshidabad Medical College is an attempt by the state government to hide the truth. This tendency to hide the truth is only aggravating the crisis. The government should clarify as to why he was transferred,” Chowdhury, the leader of the Congress party in the Lok Sabha, said.

At the time of writing, there hasn’t been any clarification from West Bengal’s department of health and family welfare. Several calls to the officials of the health department went unanswered.

The Wire contacted two doctors from the Murshidabad medical college to comment on the issue. While one declined to comment, the other said he was scared to speak on the issue.

The state government has come under fire for allegedly suppressing official data regarding COVID-19 infected patients and deaths in the state.

The opposition parties saw the formation of the committee as a damage-control exercise to bury controversial facts.

He said, “The chief minister is misleading the people and lying.”

The opposition believes that although the medical superintendent of the Murshidabad medical college has become the proverbial scapegoat, the state government can’t be let free.

The state health department issued a circular on April 7, stating the need for a centralised administrative command. The notification said all major administrative decisions taken by the principals/MSVPs need prior clearance from the health department. The decisions include transfers, rotation of shifts in COVID-19 dedicated hospitals, manpower deployment and norms and protocols of medical persons, including their quarantine/isolation as and when required.

Also Read: How Mamata Banerjee Lost, Then Regained Steam in the Fight Against COVID-19

Until April 24, the expert committee had not revealed the total COVID-19 deaths in the state. The West Bengal chief secretary has now said that of the 105 COVID-19 fatalities, 72 have died due to comorbidities. Only after the expert committee’s final nod, a death gets reflected in the total tally of fatalities. If the committee observes that a death was due to comorbidity or other ailments, then the death is excluded from the overall tally.

However, the Bengal government has now decided that the committee will no longer examine all the deaths because it felt it had largely achieved its objective.

The Telegraph quoted the state chief secretary as saying, “They (the committee) are saying that after this we will carry out random picking of samples from various places, and on the basis of random samplings seek the death details from the hospitals, and whenever new findings emerge, we will inform the government.” 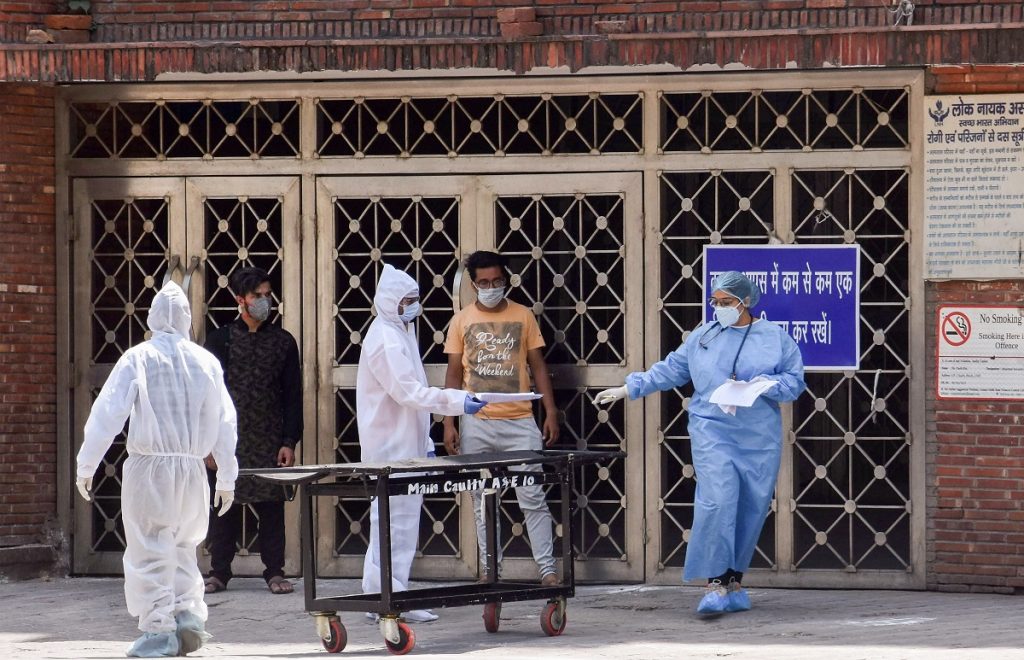 The controversy assumes significance because of a political run-in between the Centre and the Mamata Banerjee government over the past few weeks.

The latest was when the Union health ministry on Friday released a list of 130 ‘Red Zones’ across India, on Thursday. In the presentation, the Centre earmarked ten districts in West Bengal as red zones.

Reacting to it, the state’s principal health secretary, Bibek Kumar, wrote a letter to the Union health secretary, Preeti Sudan, terming the Centre’s assessment as “erroneous.” To make his point, Kumar gave a district-wise-breakup of total cases (the sum total of active cases, deaths, and discharges) which shows that as on April 30, West Bengal has a total of 931 COVID-19 cases.

However, more importantly, this has led to another confusion regarding the official data on COVID-19 cases. The number 931 is significantly higher than the total number of cases as mentioned in the state health bulletin released on April 30, which pegged the figure at 744.

What has fuelled the confusion further is that the state government did not release any bulletin to clarify if the new cases were reported after the bulletin was issued. State health department officials or senior ministers could not be reached for further clarity.