'Mahapaapis', Bootleggers and Liquor Tourism: Nitish Govt's Trials With Its Own Prohibition Law

From opposition politicians to alliance partners and even the Supreme Court, Bihar's prohibition law has pleased few.

New Delhi: Bihar chief minister Nitish Kumar has called alcohol consumers “mahapaapis” or sinners and said they were “not Hindustani”.

The Bihar assembly on Wednesday introduced and passed an amendment bill that seeks to make the state’s liquor ban less stringent for first-time offenders in the state.

The Bihar Prohibition and Excise (Amendment) Bill, 2022, will allow first-time offenders to get bail from a duty magistrate after they deposit a fine, failure to pay which will get an offender a one-month jail term.

At a debate on the amendment, Member of Legislative Council Sunil Singh – of the Rashtriya Janata Dal – had asked for cases pending against drinkers to be dropped and for them to be released from jail. Opposing this, Nitish said, according to Indian Express, “I would call them mahapaapi. I would say those who are not following Mahatma Gandhi are not even Hindustanis. They are incompetent people.”

While tabling the bill, Prohibition and Excise Minister Sunil Kumar also struck a similar tone. “Innocent persons will not be harassed, while the guilty ones will not be spared,” he said.

Even though opposition parties alleged that several suggested amendments were ignored in the house, the amendment to the bill is widely being regarded as tacit acceptance by the Nitish’s government that the state’s prohibition law has been ineffectively implemented.

Multiple deaths arising from consumption of illegally made liquor has led to the chief minister coming under attack from alliance partner BJP and opposition RJD. Hooch tragedies in the state have claimed more than 60 lives in the last six months of 2021. 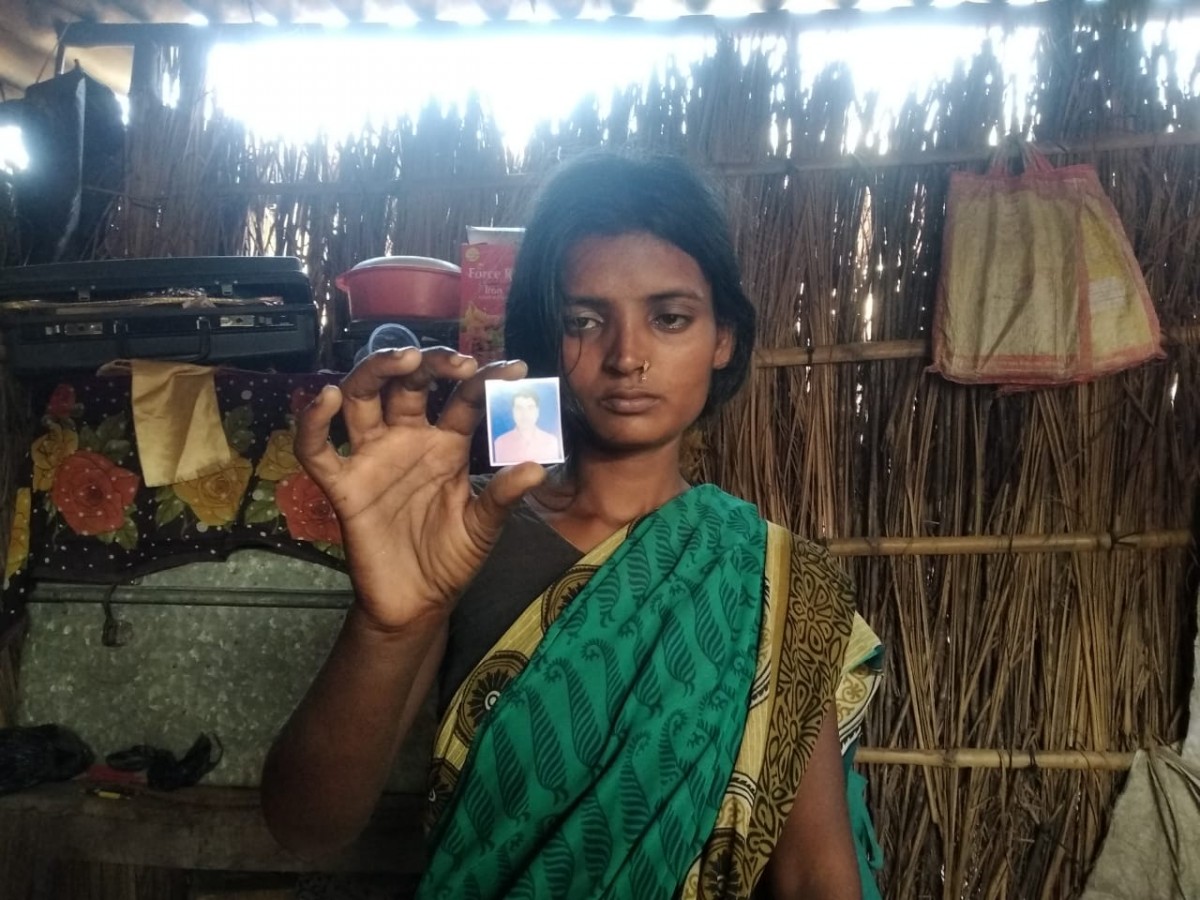 Kusum Devi of Champaran showing a photo of her husband, who died in November after consuming spurious liquor. Photo: Umesh Kumar Ray

Not just opposition and Bihar’s residents, the law has also been criticised by the Supreme Court which said that it has even affected the functioning of the Patna high court, which has been occupied with granting bail to those arrested under the law.

In a public programme, Justice Ramana termed the Bihar government’s prohibition law as a model of short-sightedness.

In January 2022, The Wire was one of the first to analyse why Bihar’s liquor law amendments too are likely to invoke dissatisfaction. This is largely thanks to who they affect.

Umesh Kumar Ray scanned through more than 30 uploaded FIRs lodged in 2021 in Vaishali district’s Baligaon police station under the liquor law, and found that 28 of these FIRs were against Dalits and Mahadalits.

Ray spoke to one Jitendra Sahni who drives for the Patna Municipal Corporation. “Police officials of Gardanibagh police station had raided the adjoining Yarpur slum on September 19, and had found Sahni’s identity card in his room. Later an FIR was lodged against him for allegedly running an illegal liquor business,” the report says.

Sahni has been in jail since he went to collect his identity card from the police station. His family has maintained that he was never involved in liquor trade.

The issue of prohibition and its implementation was also a key issue in the assembly election in Bihar in 2021, when The Wire‘s report had highlighted how key voter banks had been disappointed with the Nitish government’s actions.

The very women who had welcomed prohibition in 2015 were disappointed with the parallel routes it ignited. 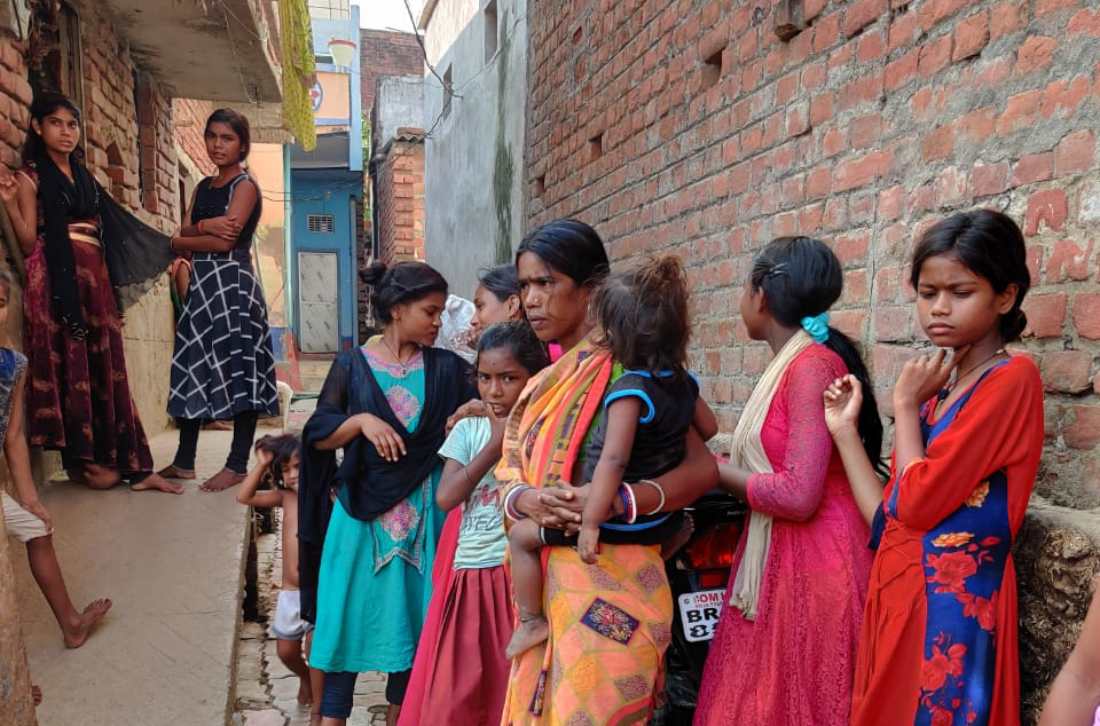 The ground report by Ajoy Ashirwad Mahaprashasta reflects how the poorest women of the Pasi community, who are palm toddy sellers, have been at the mercy of police since the ban was introduced and in spite of the fact that the ban on toddy sale was reversed by the government in 2016.

“No one left drinking. But from time to time, poor people like us are arrested even while big players in the liquor mafia are roaming free,” Rama Chaudhary had said, adding that simply participating in the black market meant spending more money.

Yet, prohibition and an alleged increase in petty corruption at the village and block level led to a large section of women feeling cheated by the policy and the chief minister who brought them.

Even earlier, in 2019, a two-part series on The Wire by Zumbish unveiled the myth of Bihar being a state which did not condone alcohol.

A thriving black market, coupled with police condoning excesses and the sheer power that bootleggers displayed had solidified the fact that the law itself was not enough.

“It’s ironical that many tribal women function as bootleggers in a state where the law was an outcome of women protests against alcoholism. But this isn’t a common scenario. These are women from a section of society lured into bootlegging. They slip liquor pouches into vegetable baskets and sell them with the help of locals,” Girdhari Ram, an activist had told The Wire.

Not just vegetable baskets, but practically all livelihoods could be used as cover for liquor sellers, who could be barbers and boatmen alike – as noted in this report.

In addition, a tourist element was also introduced. Villages on the Indo-Nepal border saw people moving to neighbouring Nepal for a quick drink, so much so that the reporter noted that sarais were mushrooming on the other side of the border to serve liquor to consumers from Bihar.