The panel will be headed by the state’s women and child development minister and BJP leader, Mangal Prabhat Lodha, who has been in the news for making communal statements. 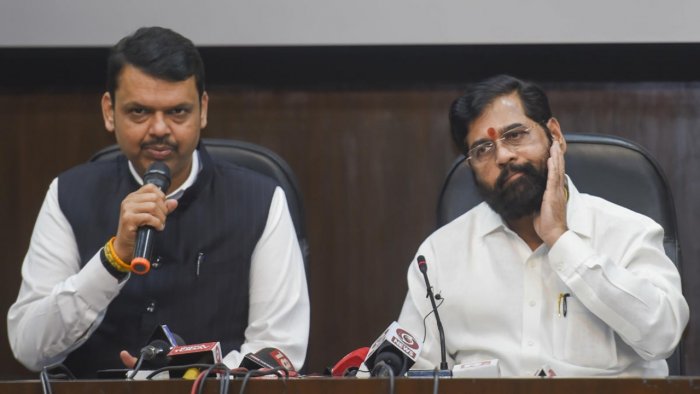 New Delhi: Maharashtra has set up a panel, named “Inter-caste/Interfaith marriage-family coordination committee (state level)”, to gather detailed information about couples in such marriages, and maternal families of the women involved if they are estranged, according to a government resolution issued on Tuesday, December 13.

According to the Indian Express, it has formed a 13-member committee, which will be headed by the state’s women and child development minister and Bharatiya Janata Party leader, Mangal Prabhat Lodha.

Last year, he had alleged that Hindus face a threat in the Muslim-dominated Malvani area of Mumbai. He had also said that “there should be capital punishment for killers of cows and cattle. Cow slaughter should be punishable by death and beef export should be banned.” He was also served a notice by the Election Commission during the 2019 assembly polls for making a communal statement.

The daily reported that the members of the committee will come from government and non-government sectors.

It will also gather information about couples in such marriages from the stamp duty and registrar offices, contact newly married women involved as well as their maternal families, find if they are in touch with each other; obtain the addresses of the women’s maternal families in cases where they are estranged and contact the parents in such cases, and take the help of counsellors for parents who are “unwilling” [to resume contact], it added.

The aim of the initiative, as per the report, is to provide a platform for these women, especially those who are estranged from their maternal families, to access counselling, communicate, and resolve issues with their families.

The daily also reported that once the task of the committee is achieved, it will be dissolved.

Also read: Inside the Four Walls of Intimate Partner Violence in India

The move comes after the gruesome murder of Shraddha Walkar by her boyfriend Aftab Poonawalla raised serious questions on domestic violence and mental harassment by partners, and how such instances go unreported despite filing police reports.

The incident was also framed as ‘love jihad’, a conspiracy propagated by the Sangh Parivar according to which Muslim men allegedly trap Hindu women for conversion to Islam.

However, it’s important to note that intimate partner violence, or domestic violence and mental harassment, irrespective of whether the victim and perpetrator are in inter-caste or inter-faith marriages, is deeply entrenched and widely prevalent in India.

The Journal of Epidemiology and Community Health reported that one in three women in India is likely to have been subjected to intimate partner violence of a physical, emotional, or sexual nature. Yet only one in 10 of these women formally reports the offence to the police or healthcare professionals, it said.

The Diplomat reported that these figures suggest that India is unlikely to meet Sustainable Development Goal 5, which focuses on gender equality and the elimination of all forms of violence against women and girls by 2030.