The complaint was filed by a woman in Barwani district, who alleged that the man hid his religion, beat her up and raped her on the pretext of marriage, news reports said. 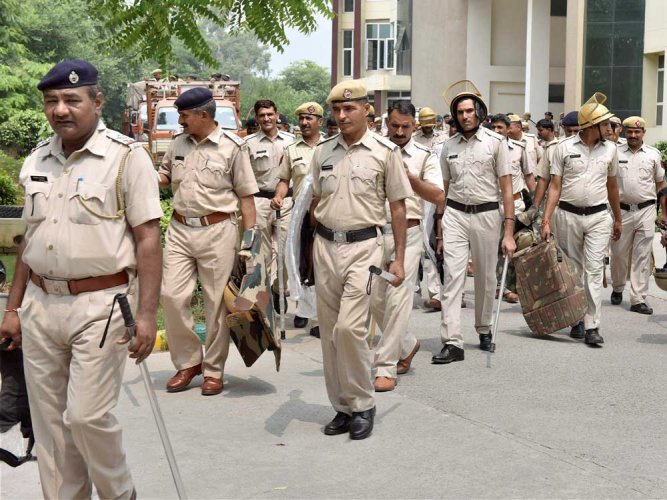 New Delhi: The Madhya Pradesh Police arrested a 25-year-old man in Barwani area on Monday under the newly enacted MP Freedom of Religion Ordinance, 2020 – which attempts to penalise religious conversions through fraudulent means and promises 10 years’ jail in some cases.

The complaint was filed by a woman in Barwani district, who has alleged that the man hid his religion, beat her up and raped her on the pretext of marriage, news reports said.

“On the basis of a written complaint filed by a 22-year-old woman, a 25-year-old man was arrested on Monday on charges of rape and under provisions of the Freedom of Religion ordinance,” Barwani police station in-charge Rajesh Yadav told PTI.

This is the first case registered in the state under the new law.

According to a report in the Hindustan Times, the accused is a truck driver and a resident of Palsud village. He was charged under the MP Freedom of Religion Bill, 2020, and under sections 376 (rape), 323 (voluntarily causing hurt) and 506 (criminal intimidation) of the Indian Penal Code.

The woman in her complaint alleged that the accused had introduced himself to her as Sunny, when they met four years ago. She later came to know that he was a married Muslim man. After finding out about the man’s marital status and religion, the woman allegedly began distancing herself from him, but he allegedly continued to pressure her for marriage and conversion to Islam, the official told PTI.

Talking to reporters after filing the complaint, the woman on Monday said: “This is an issue of ‘love jihad’, so I made a complaint. The man is a Muslim and got into a relationship with me by posing as a Hindu. He beat me up. He physically exploited me for four years.”

Madhya Pradesh’s new law – similar to Uttar Pradesh’s – is being seen as a ‘love jihad’ law through which the Bharatiya Janata Party government in both states has attempted to give credence to the rightwing coinage of the phrase ‘love jihad’, which refers to a non-existent conspiracy to convert Hindu women into Islam by forcing them into marriage.

The arrests which have already been made under the law in Uttar Pradesh have been questioned, as has the law. Several reports suggest the Uttar Pradesh Police has been stopping interfaith marriages between consenting adults under the ordinance.

The new anti-conversion law in Madhya Pradesh came into effect on January 9. The law provides for imprisonment up to five years a minimum penalty of Rs 25,000 for carrying out forced religious conversions. There is a provision of three to ten years of imprisonment and a fine of Rs 50,000 in cases of marriage carried out by hiding religion.

In cases involving religious conversion of members of Scheduled Castes, Scheduled Tribes and minors, a provision has been made for imprisonment of two to 10 years and Rs 50,000 fine.