Employees are being kept in the dark about the changes to come. 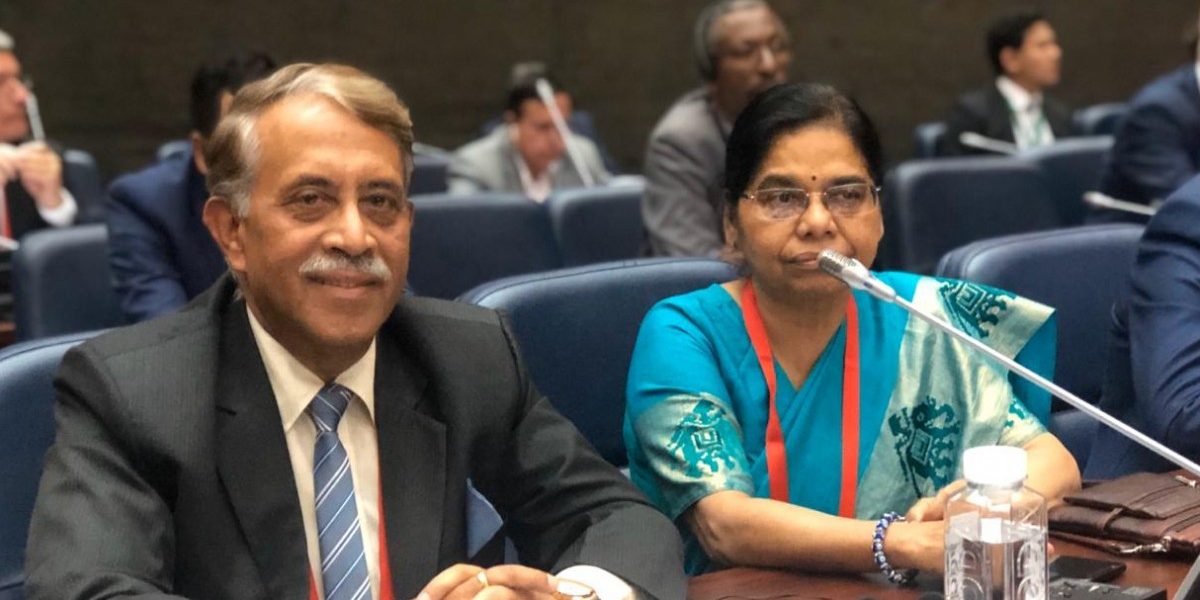 New Delhi: The Lok Sabha and Rajya Sabha television channels may soon merge to become one new entity. The merger announcement was made public by the Rajya Sabha secretary-general Desh Deepak Verma at the 141st meeting of the Inter-Parliamentary Union in the Serbian capital of Belgrade on October 13.

Sources say the merger process is being directly monitored by the Prime Minister’s Office, which may form a committee to oversee a smooth transition.

An RSTV employee, who did not want to be named, told The Wire that the committee may be headed by a representative of the Union government. The chairperson of Prasar Bharati A. Surya Prakash and A.A. Rao, who is currently an additional secretary of Rajya Sabha secretariat, will also be a part of the committee.

The PMO under Narendra Modi has been interested in merging the two channels for the last few years but the process was delayed due to some concerns like who or which house would lead the new channel remained.

Sources said that the initial plan was to shut both RSTV and LSTV down and let Doordarshan telecast parliament’s coverage. However, it appears that a separate channel which may be called Sansad TV will be launched soon.

LSTV was launched in 2006 when Somnath Chatterjee was the speaker. Chatterjee believed that people of India had the right to see all Lok Sabha sessions live so that they could make their own assessments. Earlier, private television channels aired select parts of important speeches in parliament depending on the stories they ran.

Similarly, in 2011, the Upper House launched RSTV under the chairmanship of Hamid Ansari. The channels soon gained popularity for its in-depth coverage of constitutional and parliamentary issues.

However, according to sources, the PMO under Modi believes that both LSTV and RSTV ratings have gone down steeply, and given their heavy cost of operations they had become liabilities. Moreover, it thinks that having dedicated channels to telecast parliamentary sessions, which happen only for four months in a year, is a bad investment.

The impact of this decision may be huge. Employees fear that merger of LSTV and RSTV may lead to big lay-offs. “LSTV employees’ contracts end in December, so they do not know yet whether they will be able to continue there or not,” said an employee of RSTV. He said that at Diwali this year, many of the employees in LSTV had received their due salary after a delay of four months.

He also said that having a committee under a person who is on the payroll of the Union government can compromise the autonomy of both channels.

“Mr Surya Prakash is the chairperson of Prasar Bharati. Both LSTV and RSTV are managed by Lok Sabha and Rajya Sabha respectively. The parliament does not function under the government. The committee should have adequate representation of opposition leaders too,” the employee said.

“I wonder why the PMO is taking so much interest. Even if there is a merger plan, a parliamentary panel should be overseeing it. Even the information and broadcasting ministry should not be involved in this,” the employee added.

When The Wire got in touch with Surya Prakash, he denied any knowledge of the matter. “I do not know of any such committee,” he said. Rajya Sabha’s additional secretary A.A Rao and secretary-general Verma could not be contacted despite several attempts.

Yet, sources believe that the PMO is taking an active interest in shutting down both channels – and employees were being kept in the dark.