The Lok Sabha passed the Taxation Laws (Amendment) Bill 2021 which proposes amendments to the Income Tax Act, 1961 and does away with the contentious practice of retrospective tax. 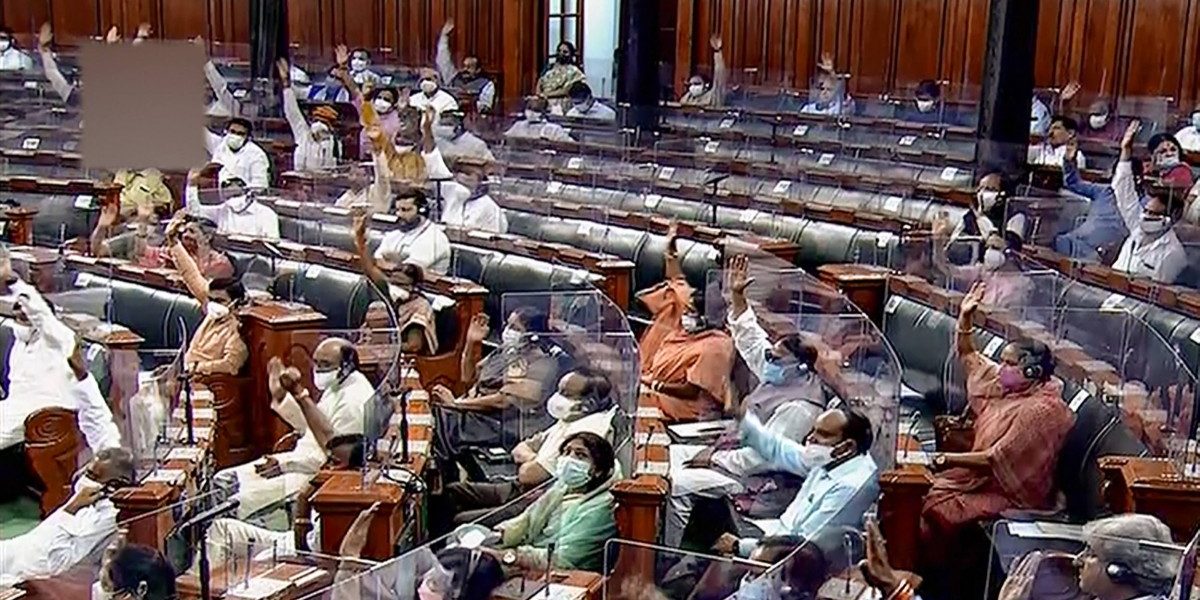 A view of the Lok Sabha during the monsoon session of parliament, in New Delhi, Friday, Aug 6, 2021. Photo: LSTV/PTI

New Delhi: The Pegasus issue and the farmers’ protests against the new farm laws again dominated the proceedings in both Houses of Parliament on Friday, as opposition members sought a probe into the snooping scandal and urged a repeal of the three contentious farm laws. Both the Lok Sabha and Rajya Sabha were finally adjourned for the day amid heavy sloganeering – just the way they have been during each of the sittings during these three weeks of the monsoon session.

Earlier, on the issue of Pegasus, Congress leader and Lok Sabha MP Rahul Gandhi told a meeting of opposition leaders in parliament that the Centre was deliberately not allowing the opposition to raise the issue in both the Houses. “You know what is happening in parliament. We want to discuss the Pegasus (snooping) issue and they are not allowing it to happen. (Prime Minister) Narendra Modi has got into every telephone,” he said.

In the morning, as soon as the Lok Sabha assembled, opposition members began protesting on the Pegasus issue, seeking a discussion and an independent judicial probe into the matter. They also raised the issue of farmers protesting against the three farm laws and other matters.

The House was subsequently adjourned till 12 noon. However, when it re-assembled, the opposition MPs continued with the protests.

This time, the House did not adjourn immediately. Rather, Union finance minister Nirmala Sitharaman moved a Bill to further amend the Income-Tax Act, 1961, and the Finance Act, 2012. Despite the protests, the Taxation Laws (Amendment) Bill, 2021 was passed in the House by a voice vote.

The Bill was introduced by Sitharaman on Thursday. It states that “no tax demand shall be raised in future on the basis of the said retrospective amendment for any indirect transfer of Indian assets if the transaction was undertaken before May 28, 2012,” which is the date on which the Finance Bill, 2012 had received the assent of the President of India.

Speaking about the legislation, Sitharaman said it was in line with the “commitment of BJP” which did not believe in the retrospective application of tax. Following the passage of the Bill, the Lok Sabha was adjourned till Monday.

In the Rajya Sabha too, the opposition MPs began protesting on the Pegasus and farm laws issue right from the start of the proceedings. Following a few speeches by some of the ruling party MPs, the House was first adjourned till 12 noon. When it reconvened, the protests continued on both the major issues. Subsequently, it was adjourned for the day.