To avoid a domino effect of increasing burden on healthcare infrastructure, every government decision must be made carefully. 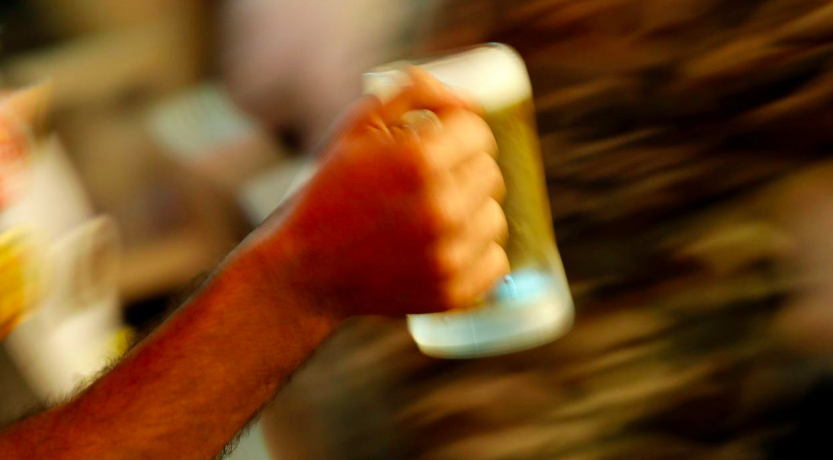 A waiter carries a beer mug at a pub in Mumbai, India, October 20, 2018. Photo: Reuters/Danish Siddiqui

The Confederation of Indian Alcoholic Beverage Companies (CIABC), the apex body of leading liquor firms recently wrote to the Ministry of Commerce, Ministry of Health as well as to various state governments to allow online sale of liquor while the lockdown continues.

While CIABC presents an economic and livelihood argument to support their demand, which might appear convincing to states considering depleting state exchequer, several public health concerns surrounding the online sale of alcoholic beverages require attention in the COVID-19 context.

According to WHO, alcohol consumption contributes to over 3 million deaths (5% of all deaths) each year globally.

As per the Global Burden of Diseases, there has been a constant rise in the number of deaths attributed to the use of alcohol over the last two decades with the total number of deaths increased (in absolute numbers) by more than 5% between 2010 and 2016 alone.

Alcohol has been linked with approximately 230 diseases, including 40 diseases that would not prevail without alcohol.

It has been attributed to deaths that have occurred due to infectious diseases, intentional and unintentional injuries, digestive diseases, Non-Communicable Diseases (NCDs), and suicides. In 2016, it was the seventh leading risk factor for both death and disability-adjusted life years.

WHO’s position is clear that any alcohol use is associated with some amount of risk, and from a public health perspective and at the population level there are no levels of consumption at which no risks are involved.

In India, about 32% of adults are current alcohol consumers, more than half of whom are hazardous drinkers. This is concurrent with the finding that while drinkers constitute a minority, heavy alcohol use is the signature drinking pattern with a strong preference for high-strength beverages such as spirits.

In the current COVID-19 crisis, alcohol as an underlying risk factor, related to several NCDs demands attention. India is already witnessing the interaction of COVID-19 with NCDs including hypertension, cardiovascular diseases, diabetes, chronic respiratory diseases, kidney diseases and a variety of cancers.

NCDs predispose affected individuals to infections and increase the risk of severe illness and death among the infected. NCDs contribute to around 60% of all deaths in India. At a time when the country is preparing to boost its healthcare infrastructure to fight the unpredictable global pandemic, it is necessary to address the risk factors underlying NCDs and reduce the predictable burden on the healthcare infrastructure.

WHO has recommended a healthy lifestyle for better bodily functions, including boosting immunity, in the times of the COVID-19 crisis. The proposed healthy practices include among other behaviours, avoiding alcohol intake and quitting tobacco.

Permitting the online sale of liquor as proposed by CIABC will increase access to alcohol and augment heavy drinking by individuals, under lockdown due to lack of work, isolation, and stress induced from uncertainties surrounding the present global crisis.

Besides, alcohol attributable harms are often underestimated, especially for women and children. Alcohol contributes to domestic violence perpetrated against women and people under 15 years of age, who do not consume alcohol but who are at risk of injuries from violence caused by the alcohol user. The effect of the present lockdown in India and increasing risks of domestic violence is already surfacing in news reports.

In February 2020, a unanimous decision was adopted at the WHO Executive Board (EB) meeting that identified the global alcohol burden as a “public health priority” and requested “accelerated action” on alcohol harm.

The EB highlighted the overall burden of disease and injuries attributable to alcohol consumption that remained unacceptably high and emphasised on the sufficiency of evidence for the carcinogenicity of alcohol.

During this session, a bloc of countries led by Thailand won the approval to develop a new global action plan to reduce alcohol harm. India was among the 10 member States that proposed the draft decision, reflecting on the government’s commitment to promoting public health.

The Indian government is also bound by other national and international commitments that mandate the government to respect, protect, and fulfil the right to health of its citizens. Article 25 of the Universal Declaration of Human Rights (UDHR), Article 12 of the International Covenant on Economic, Social and Cultural Rights (ICESCR) and Article 3 of the International Health Regulations (IHR) are of relevance to global health and enunciates the definitive formulation of the right to health.

Alcohol also finds mention in the global agenda of Sustainable Development Goals (SDGs) as it is linked with poverty eradication, gender equality, and reducing violence against women.

The Indian government has also adopted a National Target of  achieving 10% relative reduction in the prevalence of Alcohol use by 2025.

The national lockdown, which is aimed at controlling the spread of the coronavirus, provides an excellent opportunity to ramp up de-addiction services and assist people in quitting alcohol by reducing availability and access.

The Supreme Court has interpreted Article 21 of the Indian constitution to include the fundamental right to health and casts an obligation on the Government to preserve life and provide for adequate nutrition. By increasing access to alcohol during the present global and national health crises, the government may not only be in violation of Article 21 but may also be in conflict with Article 47, a Directive Principle that imposes on the State a primary duty to raise the level of nutrition, the standard of living and improve public health, and bring about prohibition of intoxicating drinks and drugs which are injurious to health.

Of the ten strategies recommended in the WHO’s Global Strategy to Reduce the Harmful Use of Alcohol (2010), one of the core interventions is to enact and enforce restrictions on the physical availability of alcoholic beverages.

Considering the cost-effectiveness of this intervention, it also features as one of WHO’s best buys.

Increasing availability and improving access by permitting online sale and home delivery of alcoholic beverages (a non-essential commodity) will be counterproductive to the national efforts of the Government of India undertaken to curb the spread of the Corona virus and might render purposeless all the sacrifices made by the common man and the brunt borne by the national economy.

To avoid a domino effect of increasing burden on the healthcare infrastructure, every government decision must be made with a public health lens that addresses underlying risk factors of other communicable and non-communicable diseases.

Dr. Monika Arora is a Public Health Scientist with special interest in Research on NCD Prevention and control in India and globally.  She is Director and Professor of Health Promotion at Public Health Foundation of India. She is also Board member of the Global NCD Alliance, Geneva, Healthy India Alliance and  is a member of WHO Civil Society working group on NCDs formed by WHO DG.

Kashish Aneja is a practicing lawyer and an international legal consultant at New Delhi, specialising in Global Health and Privacy Law. Over the past two years, he has worked in different capacities for the World Health Organization, O’Neill Institute for National and Global Health Laws (Washington D.C.), Centre for Reproductive Rights (Washington D.C.), and GAVI the Vaccine Alliance (Geneva).