The government needs to create a workable, inclusive system of land titling and records to allow land markets to function effectively and reduce judicial burden.

Under India’s constitution, maintenance of land records, land revenue, survey and ‘record of rights’ are clubbed in the state list. Credit: Reuters

Land is one of the most litigatious and controversial subjects in India. The lack of a proper system to maintain land records and provide persons with conclusive titles results in frequent and long drawn legal conflicts. Determining who the unchallenged land owner continues to be is a difficult task since registering any transaction under the Registration Act, 1908 is just an evidence of the transaction, which does not confer any title on the landowner. The system envisaged under the Registration Act runs parallel to the records maintained by the revenue department. These are supposed to reflect the changes in either record. However, this does not always happen.

Some transactions (e.g. gifts) which may be part of revenue records are not necessarily required to  be registered under the Registration Act. This is another factor that is complicating and creating distortions in records maintained under both the revenue codes of the states and the (Central) Registrations Act. Further, certain systems of land ownership in states like Haryana and Himachal Pradesh only deal with ‘shares’ of particular persons without demarcating physical boundaries between them. Similarly, most land records do not really mirror property ownership at an individual level. The colonial system of deed-based registration, presumptive title (not conclusive title) and land records open to challenge, continue to limit proper land utilisation.

Under India’s constitution, maintenance of land records, land revenue, survey and ‘record of rights’ are clubbed in the state list. In the concurrent list, some subjects which the parliament has legislated on  – stamp duty, Registration Act, transfer of property etc. – have a direct bearing on land records. Legislative and executive processes and procedures seldom work in tandem. To rectify the anomaly in the land situation, the central government has drafted the Model Land Titling Bill, 2011. The Bill aims to create a template for states to move towards establishing conclusive titles through government notifications. The government has  also launched the National Land Records Modernizing Program (2008) to address the issue of conclusive land titling.

Unfortunately, the entire system of new officers and authorities proposed in the Bill does not clarify their functioning vis a vis the current or existing system. The factors further dogging the Bill are inadequate  land records, uncertain procedure of survey to execute the ‘mirror’ principle under the Torrens system (the purpose of the Torrens system is to provide certainty of title to land and make the registration conclusive). These are some primary reasons why the Model Bill did not create much stir in the state legislatures. The land titles register accurately and completely reflects the current ownership and interests about a person’s land which is called the ‘mirror’ principle. This means the land records ‘mirror’ or reflect the reality of the situation on the ground, i.e., with respect to a person’s rights and interests over a piece of land.

Also read: Eight Out of Ten Claims Made By Tribals For Land Rejected By State

Also, the central government’s funding of authorities that primarily function under the aegis of state governments, (for e.g. ‘land record’, ‘record of rights’) as envisaged in the Bill, are seen to be problematic. 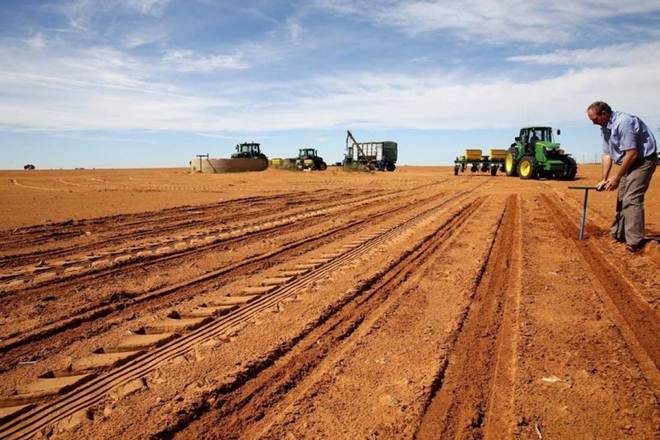 Some transactions (e.g. gifts) which may be part of revenue records are not necessarily required to  be registered under the Registration Act. Credit: PTI

In consonance with the central government’s Bill, Maharashtra and Rajasthan governments too are attempting to introduce a system for providing conclusive titles through different legal methods. Rajasthan has enacted the Rajasthan Urban Land (Certification of Titles) Bill, 2016. Riddled with inadequacies, the Bill however, falls short of requirements to address the real issues.

Strangely, the Bill does not define with any clarity what constitutes conclusive ‘titles’ and their legal status.  Whether the Act applies to ‘rural’ or ‘urban’ property is also not explained clearly.

Maharashtra, on the other hand, has tried better to address the problem of conclusive titling by bringing an amendment to the Maharashtra Land Revenue Code, 1966. The 2015 version of the Bill is available in the public forum and a 2016 updated version is now being considered.

The aims and objectives of the Bill include introducing a system of conclusive titling (maintaining digital records) and registration of title to ensure optimum utilisation of land, reducing litigation and easing land-based credit. It seeks to improve the system of land administration, ensure security of title with special attention to new apartments and flats. It aims to provide a system of registration of transactions affecting title and rights on immovable property, thereby providing transparency, objectivity and easy accessibility of information with respect to immovable properties and related transactions.

It defines ‘conclusive title’ as an indefeasible title to an immovable property or an interest therein entered in the Register of titles, Disputes, Charges and Covenants which has attained conclusiveness under Section 79(H) of the code. The TRO has to create three electronic registers called Register of Title, Register of Charges and Covenants and Register of Disputes. In this context, ‘registered title’ is defined as a record of title entered in these registers. The manner and process, maintenance and updation of these registers are to be prescribed by rules.

The Bill mandates a survey procedure wherein the state government will make the preliminary record of notified immovable property in the form of an indicative map. Any record available with the state government or any record maintained by public authorities may be adopted for preparing this record. The TRO, after this initial exercise, shall take out a notification to invite persons to raise any objection on the basis of any right that they claim. The claimants will furnish details of their right, interest etc. with supporting documents. After receiving any claim or dispute, the TRO will register it in the relevant registers. The TRO will issue a Certificate of Recording (COR) to all concerned. This is subject to stamp duty. The titles and other set of rights as entered under the three registers are to attain conclusiveness and finality after three years of publication of preliminary record. The entries in the Register of Titles, in respect of which any dispute is pending, before the land titling tribunal or the land titling appellate tribunal, or any other court of law or tribunal shall be conclusive only after and in accordance with final resolution of such dispute. Therefore, this Bill is not targeting settlement of those disputes which are sub judice. The Bill mandates reporting of resolved disputes to the TRO for updation of the envisaged registers to reflect judicial adjudication. The Bill tries to streamline all ongoing, future, contingent and parallel systems of private, public and judicial actions involving the properties situated in the notified areas.

The Bill doesn’t mention or define what the new title registration system will be. It only lays down that the authority will set it up via a notification. The extent of role of the TRO in conducting the survey and which official, department, authority under the state government is to take up the procedure of land survey for preparing the preliminary report is not specified. The TRO so appointed can also be a non-state official, i.e., a private person, and this could jeopardise accountability and can lay the entire procedure vulnerable to manipulations by private interests. The types of documents that are to be accepted as valid under the Act for creating conclusive titles and for challenging any entry in the registers are not defined. The Bill does not give the TRO any discretionary powers with respect to dispute resolution at any stage. Differences between ‘report on transaction’, ‘transfer application’ and ‘recording’ are not defined. How will parallel systems of registration under the Registration Act and the present Bill are to be worked out is not very clear. No mention of any kind of compensation (indemnification by the state is given) and it only caters to new disputes – not sub judice. Moreover, it doesn’t lay down the plausible exceptions to the land titling system, for e.g., what procedure will be adopted in case of special economic zones (SEZs) or slum areas? Whether the registers are open for inspection and who has the authority to check them is not given. No penalties are considered for misconducts like furnishing false information or willful concealment etc.

The Bill in effect does make an effort to iron out many issues plaguing ‘titles’ in our country but falls short of addressing some important areas of concern. Lack of conclusive titles, among many other factors, marginalise and alienate the poor from accessing the formalised markets, thereby reducing their reach to formalised credit structures. The government needs to create a workable, inclusive and evolving system of land titling and land records which will allow land markets to function effectively, reduce judicial burden and improve the targeting of welfare schemes.

Karuna Maharaj completed her Masters in Public Law from the National Law University, Delhi specialising in human rights. She is currently practicing indirect taxation law at Corporate India Advisers L.L.P. She can be reached at caruna.maharaj@gmail.com.