Centre Has a Duty to Explain How Lal Bahadur Shastri Died in Tashkent: CIC

The commission ruled that the prime minister should decide on declassifying Shashtri's death records. 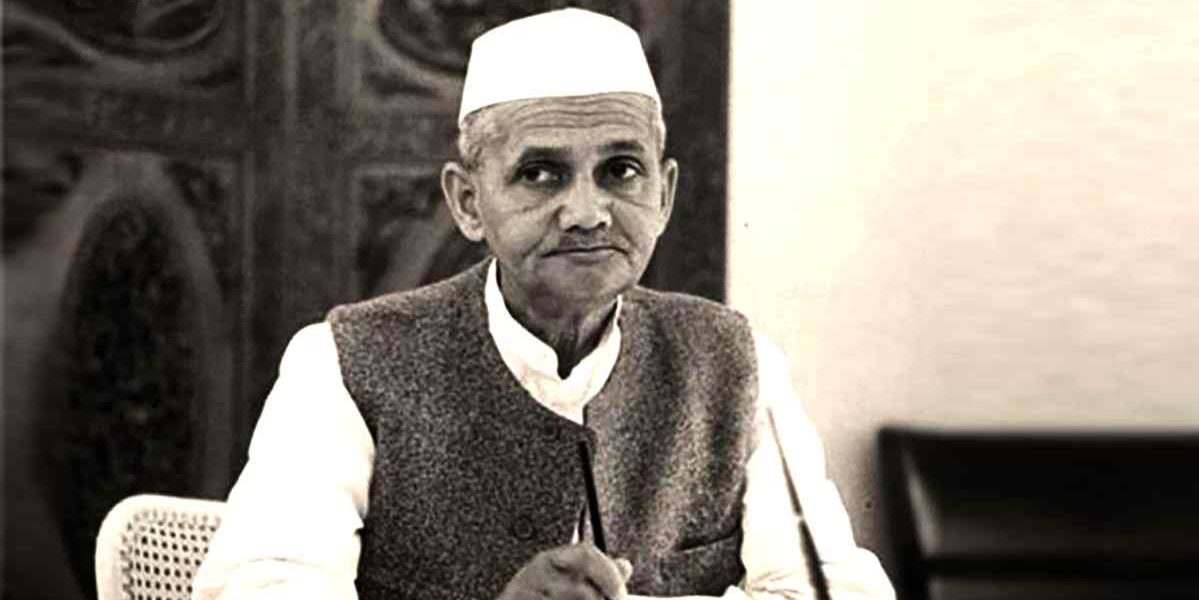 New Delhi: A little over four months after the Central Information Commission directed the Prime Minister’s Office (PMO) and ministries of external affairs and home to make public the records of the Raj Narain Committee – constituted in 1977 to look into the mysterious death of the then Prime Minister Lal Bahadur Shastri in 1966 – the Commission has now held that “people’s right to know the ‘truth’ behind the death of Shastri cannot be brushed aside.”

The Commission said in its September 24 order that “in view of the startling incidents that followed the mysterious death, such as killing of his personal doctor and assistant in two separate ‘accidents’, disappearance of records of Rajya Sabha committee’s probe, and various significant points” raised by journalists Kuldip Nayar, Anuj Dhar and Soutik Biswas, advocate Anoop Bose, and Shastri’s wife Lalitha Shastri and other family members, “the Union government has a duty to explain the nation why and how Lal Bahadur Shastri died in Tashkent”.

It also directed the CPIOs of PMO, external affairs ministry and home ministry to place all the so-called ‘classified papers’ before the prime minister and the home minister and recommended that they “consider the fundamental right to know and demand of the people, family members of Lal Bahadur Shastri and opinion of legendary senior journalists like late Kuldip Nayar, to declassify (them), either through an expert committee or by any other process, to get the mystery probed and resolved.”

“Even if they can prove that Shastri died by heart attack, that can answer the doubts of the people,” the CIC held.

Acharyulu further held that “the Government representatives have not come up with any justification for continuing (to treat) these documents (as) ‘secret’ for unlimited period of time.” He also noted that they did not produce documents earlier claimed as ‘classified’ before the Commission in spite of a specific direction.

‘Mystery is being allowed to persist’

With the respondents seeking exemption from parting with information on various grounds, Acharyulu said: “except a medical report, nothing is disclosed, and mystery is being allowed to persist.”

“In view of the law of OSA, Manual of Departmental Security Instructions’ reply given to Lok Sabha referred in Paragraphs 41-42 and the advice of the Supreme Court cited in paragraph 45,” he said, a number of questions arise which need to be answered by the concerned ministries of the government of India in response to the RTI application in question, and questions raised by the family members of Shastri and the general populace.

‘Who classified documents pertaining to his death? When would they be declassified?’

Thereafter, Acharyulu posed seven questions to the Centre. He demanded to know which ministry had classified the documents relating Shastri; whether his death-related papers had been classified as ‘top secret’, ‘secret’ or ‘confidential’, (and) on what basis; which part of section 8(1)(a) of RTI Act has been invoked to deny information and why; and what is the normal period for classification of documents and what are the norms or guidelines prescribed for them.

More specifically, the CIC also urged the Centre to reveal the period prescribed for classification of Shastri documents and whether any ministry was considering their declassification and its status.

He also stated that as per Section 10 of the RTI Act, using doctrine of severability, a portion of the document could be blocked or deleted. Stating that the ministry which classified the documents has a duty to provide such portion of information which was not hit by Sections 8 and 9 of RTI Act, he questioned if the concerned ministry would be doing so.

In his order in May, Acharyulu had directed the PMO, the external affairs ministry and the home ministry to state the categories of documents pertaining to Shastri’s death available with them saying it was their “constitutional duty to inform and the people have legitimate expectation to know the truth behind the death of their beloved leader”.

Further, he added that it was the “primary responsibility of the PMO to inform the people what happened to late Lal Bahadur Shastri, who once was its head.”

Another key aspect, which Acharyulu had raised in his order then, pertains to the Raj Narain Committee, which was formed by the Janata Party government in 1977. The CIC had noted with concern that the personal physician of Shastri, R.N. Chugh, was killed, and his personal cook Ram Nath, who had accompanied him to Tashkent, lost his legs in a road accident while they were on their way to be deposed before the committee.

Acharyulu also noted that the CIC had earlier also ordered disclosure of records, including 11 pages related to the death held by the cabinet secretariat, and for which exemption had been sought by the government. He said, if these records are claimed to be secret and confidential and thus exempted under Section 8(1)(a) of the RTI Act, then the government must produce them in a sealed cover before the commission so that it may adjudicate whether or not the assumptions are correct.

Incidentally, following Acharyulu’s May 11 direction to the PMO in the case, The Wire had spoken to the kin of Lal Bahadur Shastri who had hailed the order and demanded that the truth around his death be revealed. They had also stated that if similar documents pertaining to Subhas Chandra Bose’s death could be declassified, then so should those pertaining to the former premier’s death which had taken place under ‘mysterious circumstances’.

Shastri’s son, Anil Shastri, had said: “All the documents pertaining to Shastri ji’s death should be made public. If Subhas Chandra Bose’s documents have been made public, then so should Shastri ji’s.”

Shastri died on January 11, 1966, in Tashkent, then the Soviet Union, barely hours after he signed the post-1965 Indo-Pakistan War declaration with Pakistan President Mohammad Ayub Khan. Then Soviet premier Alexei Kosygin had moderated the talks. Though his death was passed off as one caused due to heart attack, the family believes he was poisoned and has laid out several reasons for its apprehensions.

‘His face had turned blue, there were white spots on his temple’

Anil had told The Wire that the family was always suspicious about the cause of his death. “Shastri ji’s death took place under mysterious circumstances. There has been doubt from the beginning and the family members, as also a large section of the society has been wanting to know as to what happened in Tashkent. His face had turned blue, there were white spots on his temple and there were very shoddy arrangements with regard to his accommodation. He was made to stay alone and all the staff, which had accompanied him, was made to stay somewhere else. The cook who had accompanied him had also been changed and a local was deployed in his place,” he said.

The late premier’s son had also questioned why “there was no call bell, no telephone in his room” and why “his place of stay was 15 kilometres away from Tashkent city”.

He said from what was conveyed to the family, it was learnt that after Shastri had taken ill (due to suspected poisoning) “by the time the Russian doctors reached, it had taken about 15-20 minutes. Also, there was no medical aid facility there. No ambulance had also been stationed there. The doctors had to come there. He could not have been rushed.” All these aspects sound suspicious, as Shastri was then the prime minister of India on a state visit to the Soviet Union.

Incidentally, in 1970, Lalita Shastri had also raised doubts in public about her husband having been poisoned.

Another member of the family – Neera Shastri, who is the wife of Shastri’s youngest child, late Ashok Shastri – had claimed that after the former prime minister’s body was brought back to India, “every attempt was made to hide the real condition of the body from the masses”.

She also insisted that Shastri ji had apparently hidden a note in his glass case in which he had written that he was served milk by the local cook who had replaced his own cook, and on consuming it he had started feeling uneasy. “Babuji left a hand-written note in his glass case which read that he had been given something in the milk, the telephone cord had been cut, no one was responding to the call bell, and all his staff had been sent elsewhere.”

“Woh tukda Amma ko mila thaa” (That note was found by Lalita Shastri). Amma told me personally about it,” she had said.

Neera had also spoken about how when the body reached Delhi, no post-mortem was performed despite the mysterious circumstances in which the death took place. She had charged that “he was murdered openly in a foreign country but the issue never got raked up and no questions were asked.”