Kashmir: Haemophilia Patients at Risk as Life-Saving Drugs Run out at SMHS Hospital

Even the very few patients and their families who have made the difficult trek to the day care centre at SMHS hospital in Srinagar are being turned away as drug supplies have yet to be replenished. 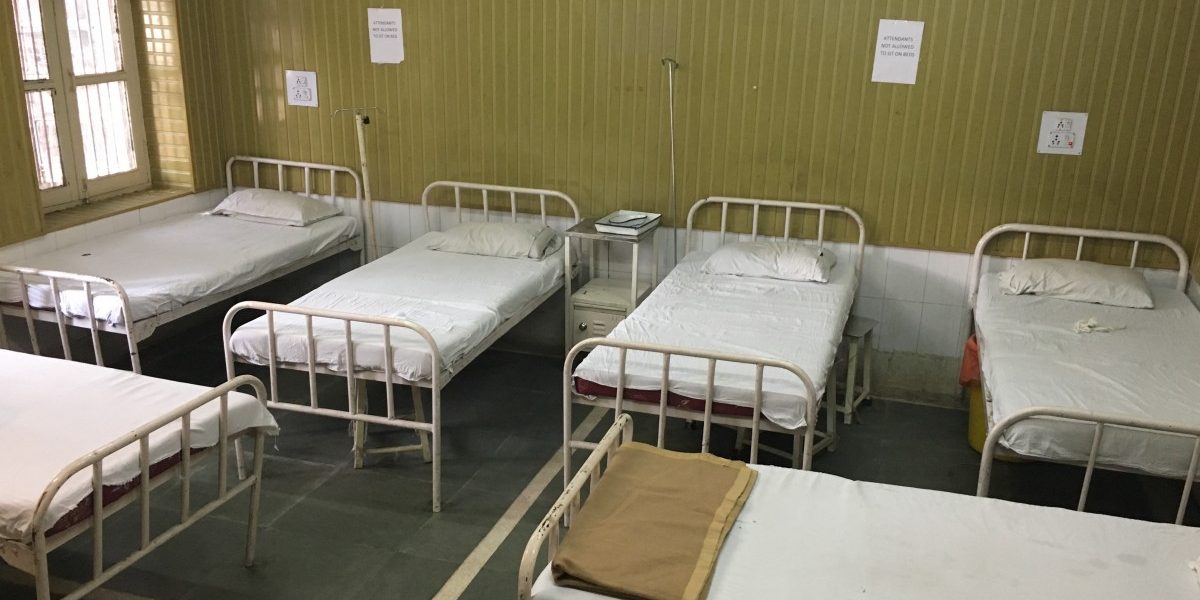 Srinagar: As the muezzin called pre-dawn prayers on Thursday, Muhammad Amin of Kupwara set for Srinagar to fetch free medicine from Shri Maharaja Hari Singh (SMHS) hospital for his son – a haemophilic.

Twelve-year-old Zubair accompanied his father on the journey to the city, which lies more than a 100 km northwest of their village.

This was their third attempt to get a life-saving drug for Zubair from the hospital since August 5 when the government of India struck down Article 370 of the constitution that gave special status to Jammu and Kashmir. New Delhi then bifurcated the state into two union territories.

“I would get my son along each time to ensure that the forces realise our need for travelling to the city and permit us to proceed,” said Amin.

The government’s action was followed by the imposition of an unprecedented communication blockade and a curfew in the region in anticipation of massive backlash.

The father-son duo hitchhiked several times during their journey and even walked miles on foot before reaching Srinagar late that evening. “Since we don’t have any relative in the city, we spent the night in a mosque near the hospital,” said Amin.

The next morning, they were among the first ones to reach the SMHS hospital, the only health institute in the region where haemophilia patients are given medicines free of cost at the Haemophilia Day Care Centre.

Zubair is one of the 320 patients registered with the Centre.

Haemophilia is a rare genetic disorder that keeps blood from clotting and leads to excessive internal or external bleeding. The young boy has not been given the medication – a factor protein which is injected into a patient’s blood, enabling it to regain clotting ability in case of any injury – for the past one month.

“We waited for more than an hour at the hospital. Then, a doctor came and told us that the supplies haven’t been replenished and suggested we should come again after ten days,” said 47-year-old Amin.

According to a haematologist, who did not wish to be named, the boy “looked normal”, but, he said, there were chances that he might develop abnormalities which could stay with him for a lifetime owing to bleeding.

“Serious injury and even death are possible if these patients don’t receive regular and proper medication as they bleed for a longer time after an injury. In such patients, there are also chances of internal bleeding in knees, ankles, elbows and other joints and this can be life threatening,” the doctor said.

As a parent, Amin is conscious of the consequences. “Don’t they (the hospital authorities) realise the importance of medication for my child. I’m at loss to understand how to protect my child in case he suffers an injury,” said Amin.

His son is in fact one of the few patients who have visited the Centre for Hemophilia patients since August 5.

“Owing to communication blockade we have no information about the health status of the patients. We have lost contact with all of them,” said Syed Majid, president of the Haemophilia Society of Kashmir, an organisation set up by a group of haemophilia patients in 2017 for welfare of the haemophiliacs.

According to Majid, a majority of the patients, particularly children, require three doses of the clotting factors (factor-VI, VIII and IX) every week to prevent internal injuries and deformities in the bones.

“There are some patients who need to take the factor two times a day. The medicine is not available in the market and none of them have turned up to the hospital. It is scary even to think what would be their position,” said Majid.

Though the hospital has procured clotting factor-VIII last month, other clotting factors like factor-VI, factor-IX and FEIBA (the medicine needed for the patients who don’t respond to other factors), have exhausted more than a month ago.

These medications have not been replenished yet despite the high court direction in 2012 to the state government that anti-haemophilia drugs should be kept available round-the-clock at the hospital.

The SMHS hospital authorities confirmed the non-availability of the drugs for haemophilia patients. Medical Superintendent of the hospital Dr Nazir Choudhray said they have placed the orders for procurement of the medicines. “We hope we get the supplies in a day or two,” he said.

“There are around 100 patients in the age group of 5-10 who are more vulnerable to deformities and require regular does of the clotting factors,” said Adil Ahmad Dar, general secretary of the Society. Dar said a majority of the patients live in far-flung areas of the border districts of Kupwara and Baramulla, and in the villages of Budgam and Anantnag districts.

“If a patient doesn’t get medicines in time he can die, it is as simple. There are some patients who suffer internal bleeding two or three times a week. We have no information about any death, but I’m sure many patients will have developed deformities for want of clotting factor,” said Dar. “We hope and pray there are no deaths, but the fears remain.”

The fallout of the communication gag and restrictions on public movement is visible inside the six-bedded day care centre, which remains empty nowadays.

According to a source at the hospital, at least 15 patients would visit the Centre prior to August 5, some of whom would be admitted.

“But we didn’t receive any patient for most part of August. For the past one week a few patients have visited. Some of them return disappointed owing to non-availability of the medicine,” the paramedic said.

A senior doctor said in the absence of communication, they have no information about the haemophilia patients. “We can’t say anything about their health status. But things could go bad for these patients if they don’t get medication,” said the doctor.

The doctor said the hospital would provide medicine to the patients on a weekly or fortnightly basis. “This cycle has broken,” the doctor said. “But it is a must for the patients to get doses of clotting factors regularly.”

Last month, sensing the urgency, the Jammu and Kashmir Medical Supplies Corporation Limited (J&KMSCL), which supplies drugs to all hospitals in Kashmir, had given the nod to SMHS hospital to procure the clotting factors directly from the market, an official said.

The Haemophilia Society too had raised the matter of shortage of drugs with the hospital authorities, said Dar.

The official said the hospital authorities held a meeting on August 31 to finalise procurement of the medicines after J&KMSCL’s nod.

“By delaying the procurement the hospital authorities are risking the lives of these patients. While we have no information about fate of haemophilia patients, some of them who manage to reach hospital despite facing all odds have to return disappointed only because the authorities aren’t doing their job properly,” the official said.