Kashmir: If Govt Depts Want Internet, Heads Have to Take Responsibility for Any Misuse

Heads of departments have to submit an undertaking to the police saying the internet will not be misused. 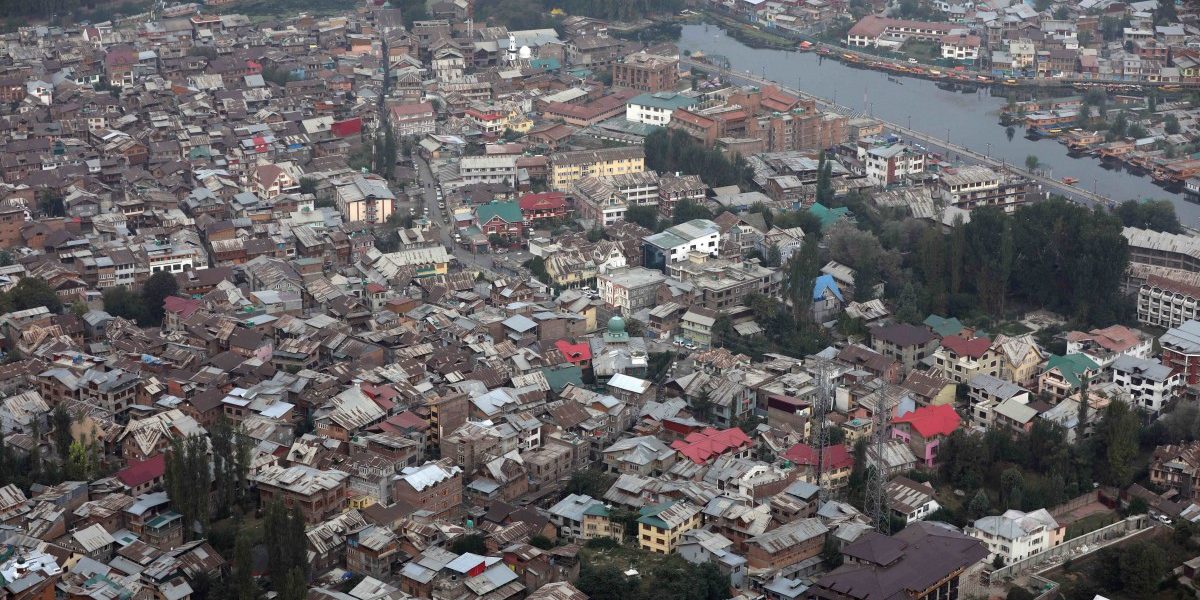 Srinagar: Government departments in Kashmir can get back their internet services only with a rider: the head of the department will be held responsible for any misuse.

This is part of an undertaking that field departments in Kashmir are required to submit to the Jammu and Kashmir police to seek restoration of internet facilities in their offices to carry out department work.

The government-enforced internet gag in the restive Valley completes 105 days on Sunday. This unprecedented step, according to many officials The Wire spoke to, has badly hit work culture in the Valley – where a governance deficit continues to add to people’s woes.

The prevailing situation, a senior official from the engineering department said, forced field departments to take up the matter with the respective administrative heads at the civil secretariat, the highest seat of governance in J&K.

After days of deliberations, the government brought the issue to the notice of security agencies.

“It was finally agreed that the head of each department/office will have to submit an undertaking to police that the internet service will not be misused,” said the official.

The Wire is in possession of one such undertaking from a senior official from a central Kashmir district. He submitted it to his senior at the central office in Srinagar to seek approval from the police, so that the internet in his district office can be restored. 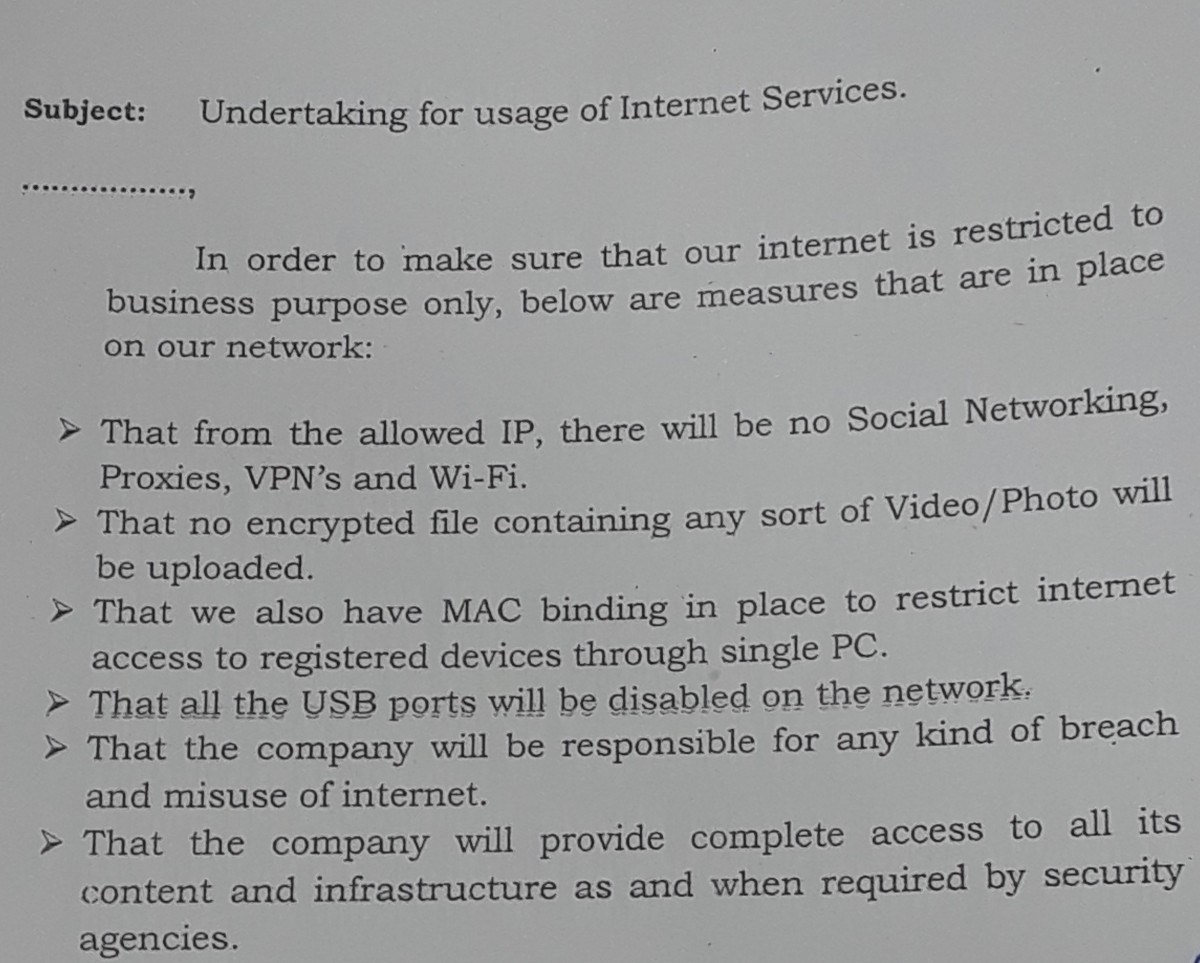 A copy of the undertaking.

The one-page undertaking says that the internet will be restricted for official/business use only.

“That from the allowed IP there will be no social networking, proxies, VPN’s and wi-fi (activity carried),” reads the undertaking. “That no encrypted file containing any sort of video/photo will be uploaded.”

The official said the service is provided to the department or an office which fulfils the formalities through a dedicated lease line, which is typically run on fibre optic cables.

As per the direction, offices have to ensure that the internet facility is protected through a MAC system so that it cannot be breached for any activity which is in violation of the undertaking, and internet usage is restricted to the devices through a single PC.

“All the USB ports will be disabled on the network (to restrict the use),” the office has to submit in writing. “The company (office) will be responsible for any kind of breach of the service.”

Also read | ‘Never Seen Such Terrible Times’: Reporting From a Kashmir Under Lockdown

The undertaking also makes it binding on the office to provide access to all its content and infrastructure as and when required by security agencies.

A senior official said there are clear directions that in case of any misuse of the internet, the official who signs the undertaking will be held responsible.

All means of communication – mobile services and internet – were snapped in Kashmir in the intervening night of August 4 and 5, hours before the Centre read down Article 370 of the constitution and bifurcated the state into two union territories. The government also put strict restrictions on public movement.

While restrictions were completely lifted last month followed by the resumption of postpaid mobile services, the internet remains suspended.

There has been no word from the government on when the internet will be back in place. The ongoing internet gag has hit people associated with different sectors including business and tourism. Kashmir has seen job losses in the IT sector. Journalists working with different media organisation within and outside the Valley have been affected badly too.

A head of a department, wishing not to be named, said everything from project tenders to informing higher-ups about the status of work and payments is dependant on the internet.

“Our work has suffered immensely in the past more than three months,” the official said. “We were caught in a situation where we felt like the entire system has been frozen. This compelled us to approach the government to seek resumption of services.”

A senior police official said the option to seek resumption of internet service was available for business establishments including hotels as well.

“They too will have to fulfil the formalities,” the official said.