Even those who have curfew passes have not been allowed to cross state borders and pick up detainees released in Agra. 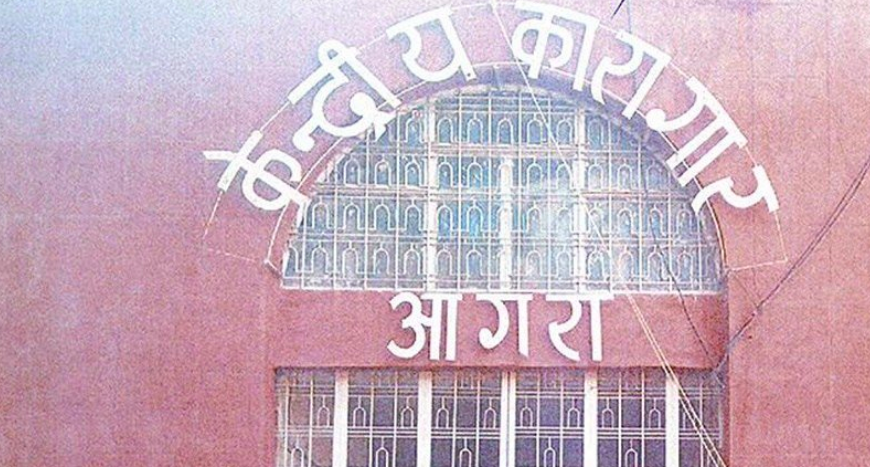 Srinagar: For the past seven months, Abdul Ahad Bhat from south Kashmir’s Tral has moved from pillar to post to get his son released from jail. Finally, when the permission came, he got caught in the lockdown.

With a file of documents in his hand, the 62-year-old fruit vendor is now pleading with the authorities to somehow get back his 25-year-old son, Bilal Ahmad Bhat, from the central jail, Agra. “I do not have the money to get my son back – please help me by arranging transport.”

Narrating his ordeal to The Wire, the distraught Abdul said that the orders to release his son were issued on March 12. It took a week to complete the documentation process and other formalities. “Finally when I was about to go to Agra, the entire country was put under lockdown.”

Bhat met his son twice in October, after he managed to make a trip to Uttar Pradesh with money borrowed from relatives. But travelling now is no longer possible, given the curbs.

Following the reading down of Article 370 by the BJP-led Central government on August 5 last year, thousands of people were detained under different laws in Jammu and Kashmir. Of them, 500-600 were held up under the Public Safety Act (PSA) 1978.

Also read: In Srinagar, a Mother Begs So She Can Meet Her Son Detained in Agra

When the COVID-19 pandemic hit, Kashmiri political leaders, human rights activists and families of detainees lodged in jails within and out of Jammu and Kashmir appealed to the authorities to release the prisoners. Their families have been worried about the detainees because of the risks. Recently, Amnesty International India also urged the government of India to immediately release all detainees in Jammu and Kashmir in view of the coronavirus.

The process of revoking the PSA orders of those lodged outside the J&K union territory was started in the wake of the COVID-19 pandemic. The Supreme Court had earlier directed states and union territories to consider decongesting jails in view of coronavirus threat.

The J&K administration also formed a committee which decided to release convicted prisoners and undertrials on the basis of the nature of offence, the period served in jail and severity of offence.

Like the Bhats, there are many families who could not afford to leave the Valley to get their detained family members back.

Saima Jan, 25, has no idea how to get her husband back from jail. It has been eight months since her husband, Muzaffar Ahmad Baba, was put in the central jail in Agra. “These past few months I have not met him at all. Life has been hard and I have been begging to get food for my children,” she said, breaking down. With her children next to her, Saima said this week she received the “happy news” about the government’s decision to release her husband. But again, she has no way of getting to Agra and bringing him back. “I can only request the government to bring my husband back because I do not know where to get money and how to go outside Kashmir.”

Since early March, more than 100 PSA detainees have been released but only now those in jails outside the UT are being released. On Tuesday the government revoked the PSA detention orders against 41 persons lodged in jails across Uttar Pradesh and Haryana. Uttar Pradesh jail authorities has asked families of the detainees to bring release order along and ensure transport facility for their kin.

Providing curfew passes and also transporting prisoners is a worry. Magistrates have been granting travel passes to the families of detainees but on the highway curfew passes were not accepted and the families were sent back to the Valley.

On Thursday, chaotic scenes were seen on the Srinagar-Jammu national highway when these families were denied the permission to continue after Banihal, 109 kilometres from Srinagar.

Abdul Gani Sheikh of Tral Pulwama, armed with a curfew pass and other documents, was one of those not allowed to proceed. “We were on the highway but a police party stopped our vehicle near Banihal and rejected the travel passes issued by DC Pulwama. We had no option but to return,” said Sheikh, whose son Mohammed Ashraf Shaikh, a labourer, was jailed last August. He has managed to get a pass from the divisional commissioner of Kashmir and is hopeful he can get to Uttar Pradesh.

The divisional commissioner Pandurang K. Pole told The Wire that the matter was being resolved. “Regarding this matter some families have approached my office today and we have facilitated their travel,” he said.

Irfan Amin Malik is an online editor at Rising Kashmir. He tweets at @irfanaminmalik.