The most alarming of these events was the custodial death of a Jamaat member and school principal – likely due to torture. 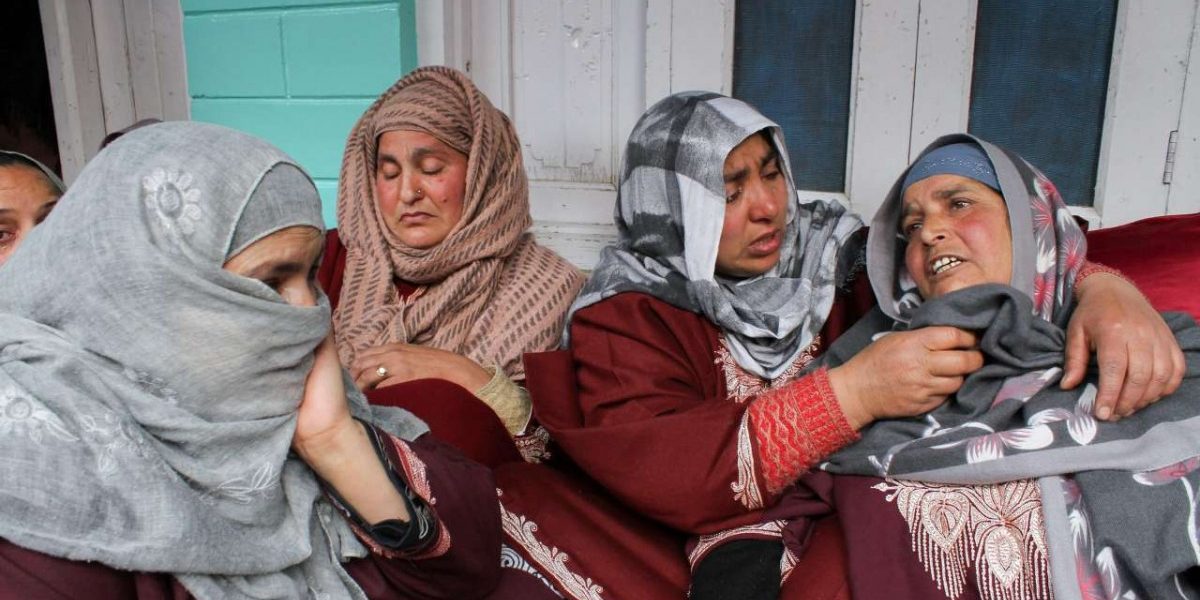 We know that events in Jammu and Kashmir have been sliding backwards for some time now. The rising death toll in the Valley, the increased recruitment of Valley inhabitants into the armed militancy and the repeated crackdowns and curfews have been signalling this for a while. But three events in recent weeks are ringing the alarm bells louder than ever.

The first was the custodial death of Rizwan Asad Pandit earlier this month. He was reportedly a Jamaat-e-Islami Jammu & Kashmir (JIJK) activist and school principal, who had been arrested by the National Investigation Agency. The second was the banning of the JIJK itself and the third, the ban on the Jammu and Kashmir Liberation Front.

These events seem to suggest that the clock is being turned back in Jammu and Kashmir. It almost seems as though we are back in the 1990s with its unrelenting violence, the use of torture and mass repression. And all this is being done as a deliberate act of policy.

The most alarming development was Pandit’s death. A preliminary autopsy submitted by the Government Medical College, Srinagar has said that he died of “excessive bleeding caused by deep wounds on his body”. Though the final report will only be out in two weeks or so, the indications are that he was beaten to death.

Explaining the JIJK and JKLF

As for the JIJK, it has had a chequered history. Popular with the educated middle classes and the young, it has moved from constitutionalism to militant radicalism and back to constitutionalism in the last 50 years. The JIJK is distinct from either the Jamaat-e-Islami-Hind or counterpart organisations in Pakistan-occupied Kashmir and, indeed, Pakistan itself.

In the 1970s, it openly advocated participation in elections in the state. Its top leader Syed Ali Shah Geelani was elected as an MLA thrice. It was loss in the rigged elections of 1987 that triggered Mohammed Yusuf Shah aka Syed Salahuddin’s radicalism.

Subsequently, under the leadership of Geelani and Salahuddin, the history of the organisation and the insurgency that broke out in 1990 were intertwined. It was the JIJK which was openly pro-Pakistan, that provided the leadership and the bulk of the cadre for the Hizbul Mujahideen which had worked to turn the JKLF uprising for “azadi” into one for a merger with Pakistan.

But the Indian response, which led to the deaths and arrests of hundreds of its cadre, led to a re-think in the Jamaat under the leadership of Ghulam Mohammed Bhat. It self-consciously distanced itself from the militant group, which meant distancing itself from both Syed Ali Shah Gilani and Hizbul Muhaideen leader Syed Salahuddin who now  lives in Muzaffarabad. Gilani protested, but Bhat’s views prevailed in the organisation and Gilani was sidelined in the JIJK.

Bhat was instrumental in getting the All Parties Hurriyat Conference to adopt a resolution saying that it would not oppose the state assembly elections that were later held in 2002. Subsequently, Geelani was dropped as a political adviser. In 2004, the top-most decision-making body of the organisation, the Majlis-e-Shoora, committed itself to “democratic and constitutional struggle”.  In 2008, the then Amir, Sheikh Mohammed Hassan, officially announced that it would not participate in the boycott of the assembly elections called for by the Hurriyat.

Over the years, Jamaat chiefs had realised that involvement with the militancy was costing them their ability to function as a socio-religious group. The JIJK leadership therefore led the organisation back to the point where it was running educational institutions and organising campaigns against Westernisation of the youth.

As for the JKLF, it initiated the Kashmir insurgency, but they were soon a spent force. With their leaders killed or under arrest – some betrayed by the Hizbul Mujahideen cadre – they officially declared a unilateral ceasefire and their leader Yasin Malik was released from jail in mid 1994. Having burnt their bridges in Pakistan, the JKLF remain a token force in J&K. Indeed, it was soon acceptable enough for Yasin Malik to be presented at a meeting with the new prime minister, Manmohan Singh, in 2005. That nothing came of this is another matter.

Have they moved back to violence?

The government actions now would suggest that both the JIJK and JKLF have backtracked, and are once again committed to violent separatism. If so, the government itself is squarely to blame. A judicious mix of tough policing and political outreach had more or less neutralised these organisations. If the government is now cracking down on them, it must ask itself as to why things have come to this pass.

The government may cite Pulwama as the reason for its action, but the mess in Kashmir predates that. It goes back to 2016 and Operation All Out, aimed at an all-or-nothing approach that has refused to discriminate between political dissidence and armed militancy.

With reference to Pulwama, there are still a lot of explanations the government must provide over its intelligence failure that allowed a huge amount of explosives to get through the Line of Control and for Pakistani terrorists to fabricate a sophisticated car bomb and use it with devastating effect against the hapless CRPF convoy. Wrapping themselves with the national flag cannot be an alibi for the failure.

Over the weekend, two sets of explanations appeared for the JIJK and JKLF bans. Both appear to be post-facto explanations.

A reporter known for her excellent sources in the Ministry of Home Affairs said in a report that the ban was an outcome of the Jammu and Kashmir high court’s dismissal of a plea for the transfer of a case relating to the killing of four unarmed IAF personnel in 1990. What the report suggests is that the government plans to revisit the entire outbreak of the militancy in 1988-1990. How much of this will be justiciable 30 years later is the big question, especially when it relates to insurgency and terrorism.

A second report attributed to a “senior official” says that the JIJK was responsible for channelling Kashmiri youth back into the militancy in the last couple of years. They had been using their network of schools to promote an anti-Indian feeling. The report seems to contradict other reportage that suggests that the enhanced recruitment in the Valley had very local factors and were often linked to the emotions aroused by the killing of local militants and their funerals.

But perhaps there is a simpler explanation for all that has been  happening. The Bharatiya Janata Party has seen the Pulwama blasts and the subsequent clash with Pakistan as a golden opportunity to give life to its election campaign. To show to the electorate that it is tough on terror, it is cynically torching the existing Kashmir policy, aimed at bringing reconciliation with the separatists. This was a policy that had achieved a great deal and brought the state back from the brink.

Manoj Joshi is a Distinguished Fellow, Observer Research Foundation, New Delhi. A new edition of his book The Lost Rebellion: Kashmir in the Nineties has just been published by Penguin.