The speaker has submitted that he is already seized of the disqualification petitions against the rebel MLAs, and is constitutionally bound to decide those first. 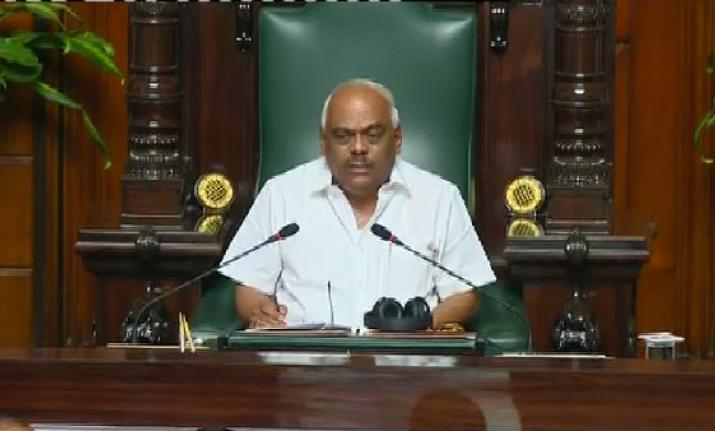 New Delhi: The Supreme Court bench of Chief Justice Ranjan Gogoi, Justice Deepak Gupta and Justice Aniruddha Bose on Thursday afternoon refused to hear the plea of the Karnataka speaker that he would be unable to comply with the bench’s direction – issued in the morning – that he decide the resignations of the rebel MLAs today itself.

The bench assured his senior counsel, A.M. Singhvi, that it would hear him along with the rebel MLAs petition on Friday. The bench’s ex parte order directing the speaker to hear the rebel MLAs at 6 pm today surprised observers, as it was passed without hearing the speaker.

In his application filed today with the bench’s permission, speaker K.R. Ramesh Kumar sought vacation of the bench’s order directing him to decide on the resignations today itself. He has submitted that he is already seized of the disqualification petitions against the rebel MLAs, and that constitutionally he is bound to decide those petitions first, before considering their resignations from the assembly.

Also read | Explainer: Do Karnataka Rebel MLAs Have a Case to Press Their Resignation?

The bench’s refusal to hear the speaker’s petition urgently has led to a quagmire. If his plea indeed has substance, he would be unable to comply with the Supreme Court’s morning directive, unless it is modified by the same bench before 6 p.m. On the contrary, if the order remains as it is, and if he does not comply with it, he may be reprimanded for contempt, even if the court finds substance in his application.

The Supreme Court’s direction to the speaker to decide the rebel MLAs’ resignations today also flies in the face of
the proviso to Article 190 (3)(b), which empowers the speaker to reject the resignation of a legislator, “if from information received or otherwise and after making such inquiry as he thinks fit”, he is satisfied that such resignation is not voluntary or genuine.