Let’s remember to say thank you to the police constable who went into the fire that broke out in Kamala Mills, ill-equipped and unprotected, and saved eight lives. 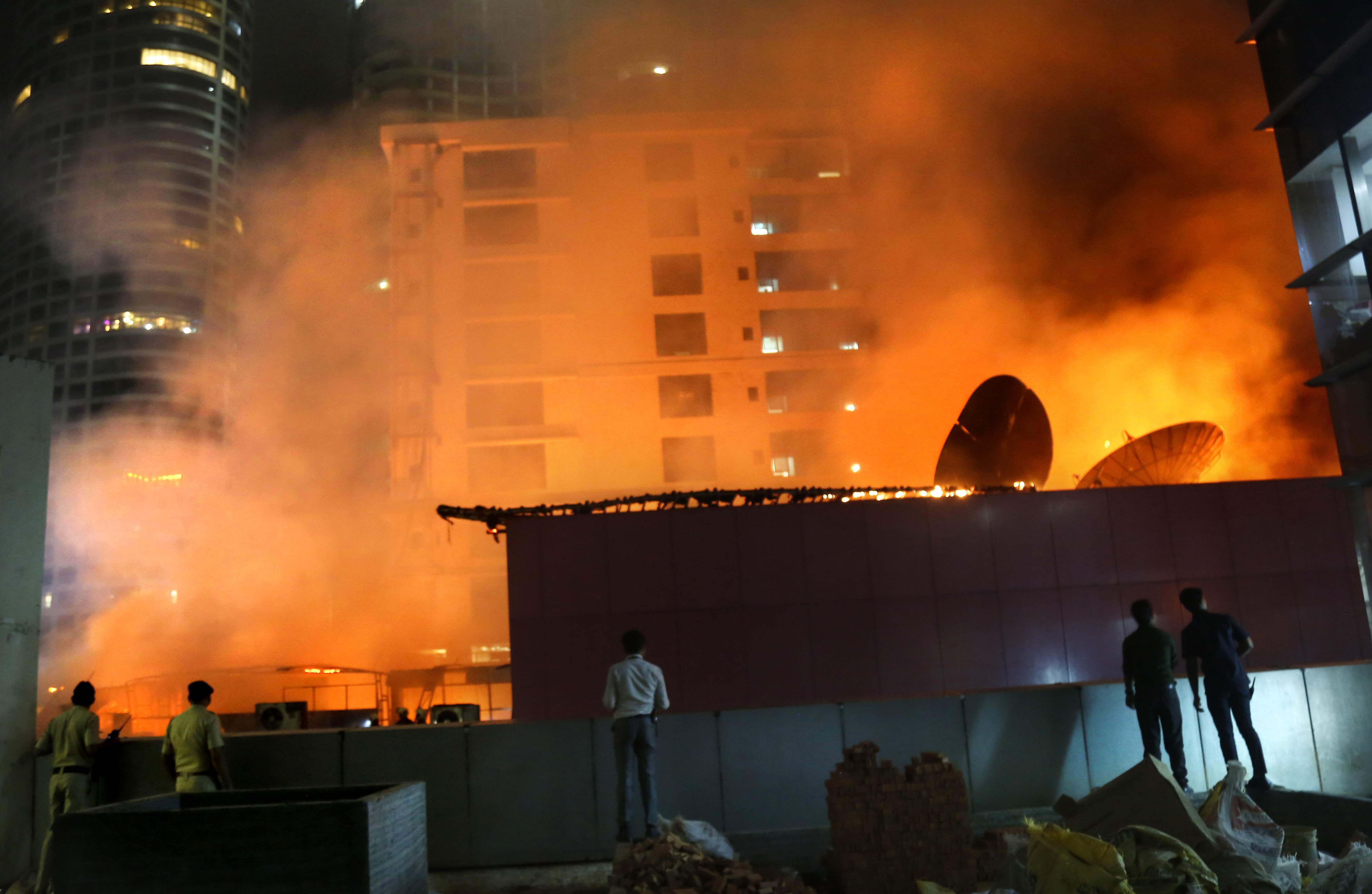 Not every hero wears a cape. Thirty-five-year-old constable Sudarshan Shinde of Worli police station didn’t wear one on that tragic December night when he risked his life to save eight people caught in the deadly Kamala Mills fire in Mumbai.

Not everyone would agree.

Soon after the tragedy, an economist and author tweeted, “This is what cops are supposed to do and do everywhere in the world…”.

“A cop risking life to saving a life whether trained for that specific task or not is beside the point. One is grateful of course but cops everywhere pitch in such situations…”

“… Let’s face it. This got attention because of the picture [referring to an image where the constable is shown carrying a woman out of the building]. Straight out of the Bodyguard movie.”

Hers is not a lone voice. There are many like her, peddling opinions as gospel, on Twitter and Facebook, in TV studios, inside policy-making bodies. Cop bashing, a favourite pastime in India, is as much about perception as about facts.

Here are the facts. Shinde is not a firefighter, probably not adequately trained and definitely not at all equipped to save lives in a fire. He is as vulnerable to burning and choking in the fire and smoke as the gym-going hunk next door. He could have just selfishly cordoned off the area and waited for the firemen to come and carry out the rescue. Without the required safety measures, he pulled out the survivors from the rubble before the ambulances had even arrived. He ran up seven flights of stairs each time to help them. No one asked him to dive into an inferno without wearing protective gear to save people in distress. But he did. And he didn’t ask a cameraman to take his picture for publicity.

Commentators on social media and beyond, without death and fire staring them in the face, look intently at the photograph of Shinde carrying an unconscious woman on his shoulders and see only Bollywood. This is what middle-class cynicism does to human intelligence and compassion. This rotten mindset trivialises this brave cop and countless others who go beyond the call of duty.

This narrative must change. It has to. If it doesn’t, it’ll be a loss to the country as well as the cops who are not malingers, who don’t make illegal money and who respect themselves as human beings for whatever they are worth. If it doesn’t, it’ll be a lost battle for our police forces already reeling under the weight of long-entrenched political interference and large-scale leadership failure. Our police constables are so irrationally maligned in India. They deserve a better narrative. In the US and elsewhere, such narratives have helped changed perceptions. One need not be a bleeding heart to know the difference.

The Americans lionised the New York City firefighters for saving lives at the World Trade Centre site on 9/11. The English did the same to their cops and firefighters after the London attacks. It’s not that the police in the US and UK are all angels. Racial profiling and ill treatment of non-white people is rampant there.

We Indians give state awards to our batsmen who score centuries on flat cricket pitches and sell soft drinks. We make public intellectuals out of movie stars who sell pain balm and chocolate candies and cosy up to their political masters for their survival and prosperity. We make cultural ambassadors out of movie actors who are enterprising enough to find their names in the Panama Papers.

A view from the street after a fire broke out in Mumbai. Credit: PTI

Cops and firefighters all over the world are praised for doing their job because they put themselves in harm’s way. When they do it, one is filled with gratitude that some are putting themselves on the line for those they don’t know. Citizens in a democracy need to show gratitude where it is earned. In California, firefighters are hailed as heroes just because they do their job to contain wild fires. We Indians need to learn to appreciate and acknowledge good work. We cannot be seen to be opening our mouth only to criticise cops. We cannot be seen remembering them only when they do something wrong and not appreciating the good work they do. We need to get off our high horses and smartphones and try to understand the difference between what Constable Shinde earns in a month and what he does for a living.

Police constables in India are paid peanuts, live in dilapidated conditions, are routinely abused and not-so-infrequently slapped in public.

It is time we appreciate our police constables and their honest day’s work as much as we respect a policeman who is martyred in a terror attack. Public appreciation is a positive incentive for group and individual motivation. A token of appreciation puts a lot of confidence in them.

Let’s remember that the room filled with smoke Shinde entered was not a smoke-lounge at an airport. Let’s remember that some policemen and women do believe in unrequited love, away from the gaze of selfie cameras and off the seminar circuit. Let’s remember to say thank you to a nameless faceless police constable for an act that deserves our appreciation. Someone, somewhere will feel valued. It is not their fault that they wear the police uniform. But it is definitely our fault if thousands of self-respecting policemen and women think that they are doing a thankless job. It is definitely our fault if thousands of cops like Constable Shinde wake up after a night of inadequate sleep to a mundane morning, feeling unwanted, unappreciated and un-belonged. Each of them is a hero without a cape.