The Indian Police Does Not Need Role Models Like K.P.S. Gill

As a police leader, K.P.S. Gill was a disaster – one that others had to pay for. 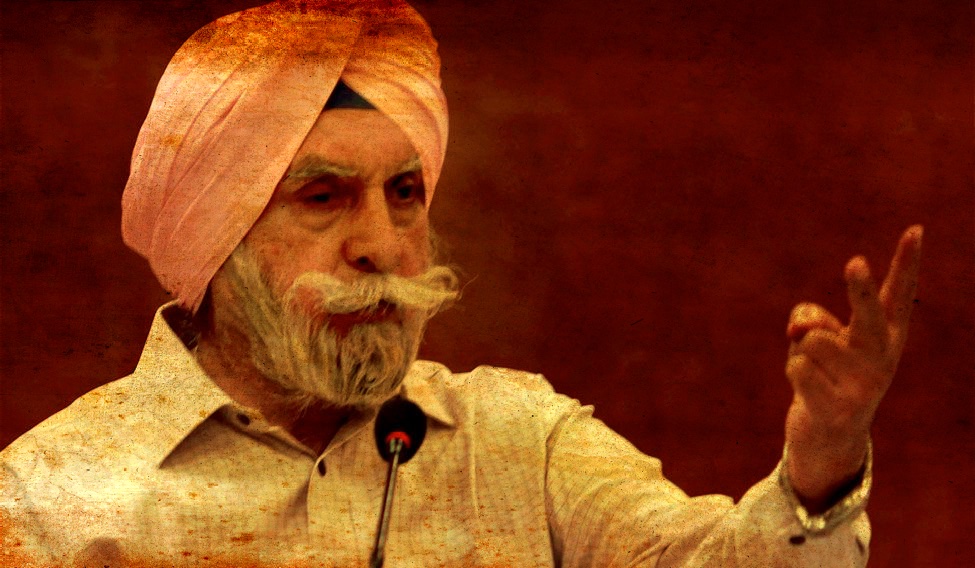 On May 26, 2017, Kanwar Pal Singh Gill died at Delhi’s Sir Ganga Ram Hospital. Of cardiac arrest. Exactly 20 years ago, on May 23 1997, Ajit Singh Sandhu died on a railway track. He committed suicide. Before he threw himself in front of the Himalayan Queen that morning, he left a note: “It is better to die than live in humiliation.”

Gill was the much-hyped super-cop who led the Punjab police twice during the peak of militancy; Sandhu was the Punjab police officer who took on the challenge of battling Sikh militants in their stronghold in Tarn Taran in 1991 when nobody else was willing to take up the district police chief’s job. Not even any officer belonging to the Indian Police Service. Under suspension after the Central Bureau of Investigation (CBI) indicted him in two of 16 cases involving serious violations of the law, Sandhu had served time in Amritsar jail before he was released on bail in January 1997 following an assault by militants lodged in the prison.

Gill was conferred the Padma Shri, India’s fourth-highest civilian honour; Sandhu was decorated twice with the president’s award for gallantry.

By the time Gill retired from the IPS in 1995, the state government of the day, faced with the increasing number of lawsuits against more than 500 police personnel, had set up a separate litigation wing under an inspector general (IG). By May 1997, 1,100 petitions were filed in different courts. Twelve hundred cases were registered against police officials. In the aftermath of Gill’s ‘war on terror’, the Punjab police was facing 85 CBI and 91 judicial probes. Thirty policemen were in jail, around 100 were out on bail and 140, including seven SPs, were facing prosecution. The CBI, on the direction of the National Human Rights Commission, was also probing 2,000 cases involving partially identified or unidentified bodies and mass cremations and disappearances from police custody. In those two years alone, the state government had to shell out as much as Rs 80 lakh as compensation in 18 cases. After the next director general of police took charge,  there were 723 complaints of high-handedness against the police within three months, 15% of them related to corruption.

When Sandhu committed suicide, his despondency was symptomatic of the growing despair of more than 2,000 police officers in the state who were being hauled up in various courts for the extra-judicial methods they had employed in fighting terrorism. With the CBI, on the Supreme Court’s order, investigating cases involving partially identified or unidentified bodies, the future looked dark and hopeless.

The “great men make history” model of sociological explanation is a shallow way of looking at social reality. It is neither objective in its understanding, nor reliable in its judgment. Those who claim terrorism in Punjab died a painful death because of Gill’s extra-legal counter-terrorist operations need to understand the politico-economic milieu of that fateful decade. The tacit understanding between Benazir Bhutto and Rajiv Gandhi had a substantive role to play in cutting off Islamabad’s support to Khalistani terrorist groups and their political mentors. Moreover, while foreign-funded terrorist groups enjoyed some support among Sikh separatists in the earlier decade, that support gradually disappeared by the early 1990s. The insurgency weakened the Punjab economy and led to an increase in mass disaffection with the criminalised insurgents. The contribution of the average villager in rural Punjab in rooting out criminal-infested terrorist gangs needs a special mention. So does the role played by Gill’s predecessor and boss for two years at the time of Operation Blue Star, Julio Ribeiro, as his efforts to galvanise the Punjab police helped make Gill’s job in the police administration easier.

Gill, as a police leader working under the checks and balances of India’s constitutional democracy, was a disaster. In matters of policing and security, Gill didn’t have much time and energy for institutions and processes. He had no concern for the consequences his decisions brought down upon the very police officers who followed his orders blindly. People like him are great crisis managers and brilliant executioners but they are a threat to democratic institutions and their legitimacy. They like the limelight and crave for it – and if there is no crisis, they create one by outraging the modesty of women.. He romanticised the “break the rules” kind of freedom and broke down institutions and processes as if they were his enemy’s bones.

Gill, as the chief of Indian Hockey Federation (IHF – the then national body for the sport) for 14 years, lost his position when the Indian Olympic Association suspended the IHF in 2008. If Gill, as an individual shorn of uniform-clad charisma and stripped of any institutionalised police authority, had any claim to inspiring leaderhsip, what he did to India’s hockey in that period, as the puppeteer in a one-man management show, does not reflect well on him at all.

During those  14 debilitating years, India’s hockey tripped from one off-field controversy to another while the performance of the national senior team on AstroTurf continued, minus two Asian tournaments, to be pathetic. In 2008, India failed to qualify for the Olympics. It was the first time since 1928 that the Indian hockey team did not play in the tournament. And no media criticism disturbed Gill’s confidence and no on-field debacle troubled his conscience. And then came the suspension.

K.P.S. Gill led a good number of his officers to jail and did nothing to save them other than writing a letter to the prime minister, with a copy to the chief justice of India, the speaker of the Lok Sabha and the chairman of the Rajya Sabha.

These are his words, taken from the letter that he wrote on his return to Delhi from the funeral of Sandhu:

“A constitutional commission should be set up to examine the records of judicial processes and judgments during the years of terrorism in Punjab; to identify the judicial officers who failed to discharge their constitutional obligations, and to honour their oath to dispense justice without fear or favour; to determine their accountability; and to take suitable action to ensure that the judicial and criminal justice system does not collapse or fail ever again in the face of lawlessness.”

These words came to his mind only after his retirement. And he didn’t think that the same measures could apply to him and his wayward officers as well.

India’s police leadership has a huge task at hand. Armed insurgent groups are fighting the legitimacy of the Indian state in 172 districts in the form of insurgency, left-wing extremism and terrorism. From Bastar to Baramulla, from Imphal to Nalgonda, from Gadchiroli to Purulia, India’s tryst with democracy is being challenged by gun-wielding groups that claim no allegiance to her constitution. The rule of law can’t be given a royal go-by in the name of fighting these insurgents in the national interest.

The kind of protection that is given to members of the IPS as an all-India service under Article 312 of the Indian constitution is not available to all the police personnel (state police and central armed police forces) working under their charge. If lionising Gill is an act of love for his labour, if placing him in the pantheon of IPS heroes is a hat tip to the greatness of the fraternity, if his questionable acts of commission and omission are permissible in the interest of the country’s territorial integrity, please remember Sandhu and thousands of faceless police personnel who lived their nameless lives and died their obituary-less deaths, and whose family members survived the ignominy of court cases for no fault of their own – other than of having blindly followed improper orders.

Basant Rath is 2000-batch Indian Police Service officer who belongs to the Jammu and Kashmir cadre. Views expressed are personal.