With Pushp Sharma standing his ground before the Delhi Police and courts, the case is likely to turn on whether the police can establish that the document in question is indeed a forgery and that Sharma himself forged it. 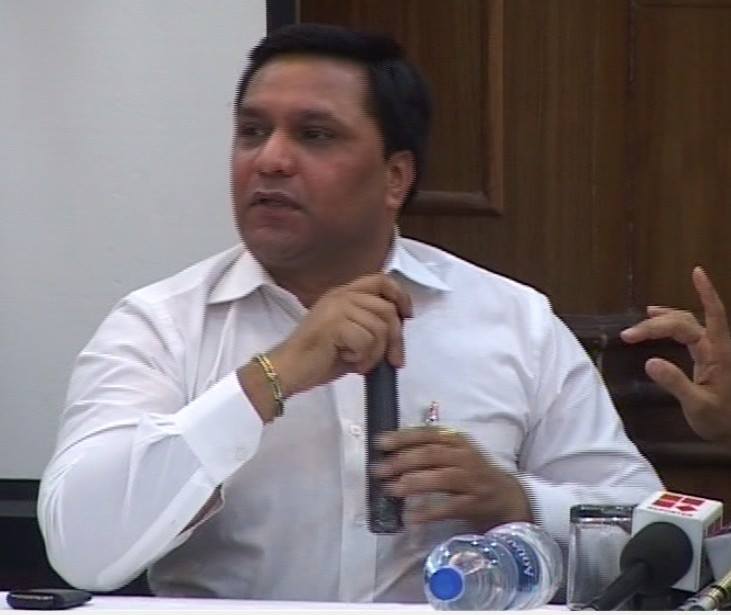 New Delhi:  The mystery as to how journalist Pushp Sharma – arrested by the Delhi police on Saturday on the charge of forging an RTI reply from the Ministry of AYUSH which claimed that Muslims were not considered for overseas assignments as yoga trainers last year as a matter of policy – got hold of an annexure which has formed the basis of action against him, remains the contentious issue around which the police case has been built.

Sharma has all along maintained that he had based his story on the response be received from the AYUSH ministry while the latter has accused him of forging the annexure by using a list released by the Indian Council for Cultural Relations in 2012 along with fabricated footnotes.

Meanwhile, Zafarul Islam Khan, editor of the Milli Gazette – the newspaper which first published Sharma’s story in its March 16-31 issue – insists his publication stands by the story. Khan, who was also questioned by the police as a witness in the case on April 11, says that Sharma received the RTI reply in an official envelope, which proved its authenticity.

With Sharma standing his ground both before the Delhi Police, which had interrogated him over four days in March this year, and even in court where he had moved an anticipatory bail application, the case is likely to turn on whether the police can establish that the document in question is indeed a forgery and that Sharma himself forged it. So far, the police does not appear to be looking into the possibility of whether the annexure could have been deliberately sent to Sharma by a disguntled insider who wanted to settle scores within the ministry – which officials acknowledge to be faction-ridden – or by someone inimical to him.

Sharma has been engaged in filing RTIs with the AYUSH ministry as also with the ICCR for a long time and claims that his mission has been to “expose the appointment rackets” which thrive in these departments. This has also won him many enemies, he says.

But this time, the RTI reply, which he claims to have received by registered post along with three other papers, has landed him in a lot of trouble. On a complaint from the ministry, the Delhi Police had registered an FIR on March 15 under sections 468 (forgery), 471 (using a forged document), and 153A (promoting enmity between different religions) of the Indian Penal Code. However, they waited for nearly two months before making the arrest.

Sharma, who was repeatedly questioned in March, had later moved an anticipatory bail application with the Saket court. He also challenged the Delhi Police notice telling him not to leave the city or country without informing them.
Speaking to The Wire last month,  Sharma had said: “The government has said the Annexure I produced in support of my story is fake. Then why is the ministry not releasing the names of the persons who applied, who were interviewed and who were selected for the post of yoga teachers and trainers? The list would itself show if the annexure was right or not. And if it is proved wrong, I am willing to apologise. But the ministry has not come forth with any list because they know I am right.”

Sharma faulted the ministry for straightaway filing a case against him.  “They decided to proceed against me without even issuing a notice and seeking my reply. Straightaway a police case was filed and I was interrogated.” He insisted that the Delhi Police was not trying to reach to the bottom of the mystery by going through the ministry files. “They only want to prove the writer wrong without being able to substantiate their charges.”

Sharma had later also released an “open letter” addressed to the AYUSH minister in which he stated that his story had only sought to highlight the fact that the government’s yoga recruitment policy needs to be transparent. “As we broke the story, the government came with a denial. The [Milli Gazette] gave space to the ‘government denial’,  following the ethics of journalism immediately but, at the same time the publication expected that ministry will back its denial by official document …” But, he claimed not to have “heard any official ‘correct version’ so far and [we are ] still waiting for a reply from the ministry showing any document authenticating the government’ stand that ‘candidates from minority were actually recruited’.

“Ministry of AYUSH is still secretive and not interested in releasing the entire list with names of minority community if ever selected during World Yoga Day 2015,” he maintained.

For his part, AYUSH secretary Ajit Sharan told The Wire that in 2015 no applications had been invited for the posts, and as such there was no question of anyone applying for them, getting interviewed, selected or being sent abroad.
Sharan said this being the position, the ministry was confident that the annexure on which Pushp Sharma’s story was based was a “forgery”. “That is why we filed an FIR. It is a morphed document. What the media is not catching on to is that it is a forgery. Annexure I is not our document. Informally we learnt, and it is our presumption, that the names mentioned in it could be of trainers who were sent abroad by the ICCR in 2012.” But, he insisted, the annexure footnotes which mentioned the religion of the trainers were forged because this information is not maintained by that department.

Earlier, ministry officials had also claimed that the list which formed part of the controversial annexure that Sharma said he received was of trainers who were sent to Indian missions as part of a Ministry of External Affairs scheme when the UPA was in power.

It was also mentioned then that the ministry had analysed over 100 RTI replies from its side to see if some misunderstanding had led to the drafting of the reply but it said that was not found to be the case.

A day after Sharma’s story appeared in Milli Gazette, AYUSH minister Shripad Naik declared the story false and politically motivated. He also threatened action against the journalist and this was followed by a complaint to the police.

With the ministry pursuing the case vigorously, the Delhi Police investigation has all along been focused only on Sharma and not also at the possibility that the alleged forgery might have originated elsewhere. The police say Sharma was involved in an extortion bid in 2009 but have otherwise been silent on what they think his motive was this time – especially given that forging a government document and then putting it into circulation himself was a surefire way of getting caught and prosecuted.