Besides the exclusion of a large number of eligible beneficiaries, there is also no rationale for the pension amount paid or a mechanism for its revision. 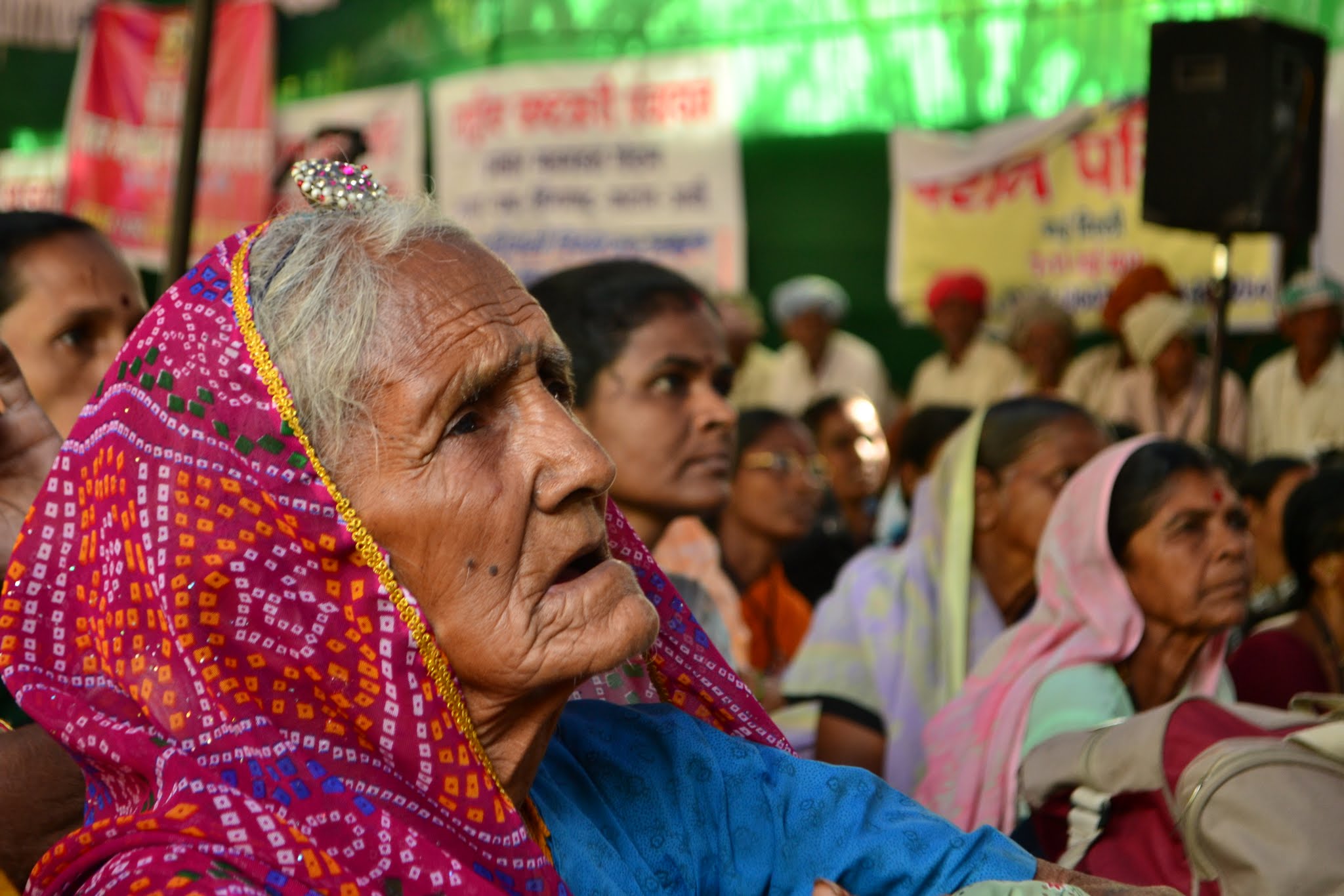 After 16 years, the Supreme Court last month disposed the People’s Union for Civil Liberties (PUCL) vs Union of India writ petition on the right to food. While the petitioners are best placed to explain the implications of this disposal, the writ petition has been seminal in terms of what it has given the country.

While these gains must be lauded, we are nowhere close to the ideal implementation and actualisation of rights. The violation of these laws is rampant, for instance the delayed MNREGA wages and non-universalisation of maternity entitlements. Even so, having a legal entitlement is an important progression to holding the state accountable and makes the roll back of entitlements that much harder.

Pensions for the elderly was also part of the PUCL writ petition. While the Supreme Court passed orders on the timely payment of pension and correct identification of beneficiaries, there were no substantial orders on the three main issues – large-scale exclusion, miserly amount of entitlements and arbitrary budgeting. No legal framework has emerged for this significant arena of social policy and the implementation of the scheme is worse off for it.

At present, the central government runs the Indira Gandhi National Old Age Pension Scheme (IGNOAPS), providing Rs 200 per month for the elderly poor above the age of 60 years and Rs 500 to those above the age of 80 years. Forty-five years after the adoption of the constitution, with the provision in Article 41 stating that “the state shall make effective provision for public assistance in cases of old age,” the central government started the National Old Age Pension Scheme at Rs 75 per month. After 11 years, this was increased to Rs 200 per month in 2006. It was then renamed IGNOAPS in 2007 and the eligibility for it was reduced from 65 years to 60 years. Ten years later, in 2017, the amount of pension remains the same at Rs 200 per month for those above 60 years of age and the erstwhile ‘below poverty line’.

The budget for the National Social Assistance Programme (NSAP) was slashed by about 20% in 2015-16 from the 2014-15 level and has since declined in real terms. Census 2011 estimates the elderly population to be 10.3 crore and according to a Ministry of Statistics report from April 2016, this is the largest rate of growth ever, and is higher than the growth of the overall population.

The budgeted amount for old age pensions is enough to cover about 30% of the eligible beneficiaries, which means seven out of ten elderly and poor people do not get pensions that they are eligible for. This does not account for the exclusion caused by ill thought out and forcefully imposed “reform measures” such as continual shifts to different payment agencies, mandatory linking to Aadhaar and so on.

Prior to 1995, all states and union territories were implementing some semblance of an old age pension. Andhra Pradesh and Kerala were the earliest, starting these in 1960, with West Bengal being the most generous, providing a pension of Rs 300 per month. In fact, social security pensions have enjoyed political patronage at the state level, with several schemes named after and associated with state leaders. This, along with traditional social values of respecting elders and the documented evidence on the immense utility of these emoluments of social security, might be a cause for the relatively low leakages even in areas with poor governance, as various academic studies have shown.

In addition to topping up the central government’s funds for IGNOAPS (the pension amount in the state is Rs 600), the state also runs a State Social Security Old Age Pension Scheme (SSSOAPS) at the same amount, which it funds entirely. Of the existing budgetary allocation, the state government bears a disproportionate share of about 70% of the total pensions paid out.

With respect to budgeting, the SSSOAPS budget was increased substantially from FY 15-16 to FY 16-17, but has remained more or less the same for FY 17-18. The budget for the IGNOAPS by the state government has been more than doubled (assuming the central share remains the same), with an increase of 165%. However, the budget for pensions for those above 80 years has been slashed by 90%. This implies that overall there has been more or less stagnant budgetary allocation for elderly pensions.

* Assuming the central share is the same as the previous FY
** Discrepancy with Table 2 is because the latter is based on expenditure, and this figure on allocation.

It will come as no surprise then that there is pervasive exclusion, of around 45%. Thus an elderly poor person in Jharkhand has just about a one in two chance of receiving a pension, even though they are eligible for it.

Table 4: Exclusion from pension in Jharkhand

This lays out the interlinked and pressing problems with the old age pensions, whether run by the central or state government; there is large amount of exclusion of eligible beneficiaries, there is no rationale for the pension amount or mechanism for its revision, both of which are indicated in the arbitrary budgeting policies followed by central and state governments.

Although state leaders give this scheme their patronage, being a particularly vulnerable demographic, the beneficiaries are widely dispersed and poorly organised. Pension Parishad, a civil society network formed in 2011, has been advocating for a universal social security guarantee, demand pensions of at least Rs 2,000 per month, or 50% of the minimum wage of a state, whichever is higher, with regular indexing to inflation. They propose well-defined exclusion criteria based on paying income tax or receiving a pension from another source. If these campaign demands are to be met, the state budget for Jharkhand should be close to Rs 9.5 thousand crores, which is higher than the entire national budget for old age pensions. The reasonableness of the campaign demands and the vast gap in allocations reiterates the issues. A legal framework would go some way in ensuring at least some dignity in the amount and the allocations.

Legal framework a must

To recap, seven out of ten eligible beneficiaries in the country will continue to go without old age pensions this year. Of those who are covered, their pension will continue to decline in real terms, as it has been doing for the last ten years. Pensioners in Jharkhand above 80 years will probably arbitrarily be bumped back into the +60 category with a reduced entitlement. With a stagnant nominal national allocation, no new pensioners will be added to the central government list, unless some are struck off.

The old age pension scheme desperately needs a legal framework to begin to address some of these unconstitutional issues, which should be unacceptable in a democratic society.

Inayat Anaita Sabhikhi is a fellow of Tata Institute of Social Sciences, and works in Bihar and Jharkhand on social welfare entitlements.