After 131 years, Urdu will no longer be the sole official language of the region. 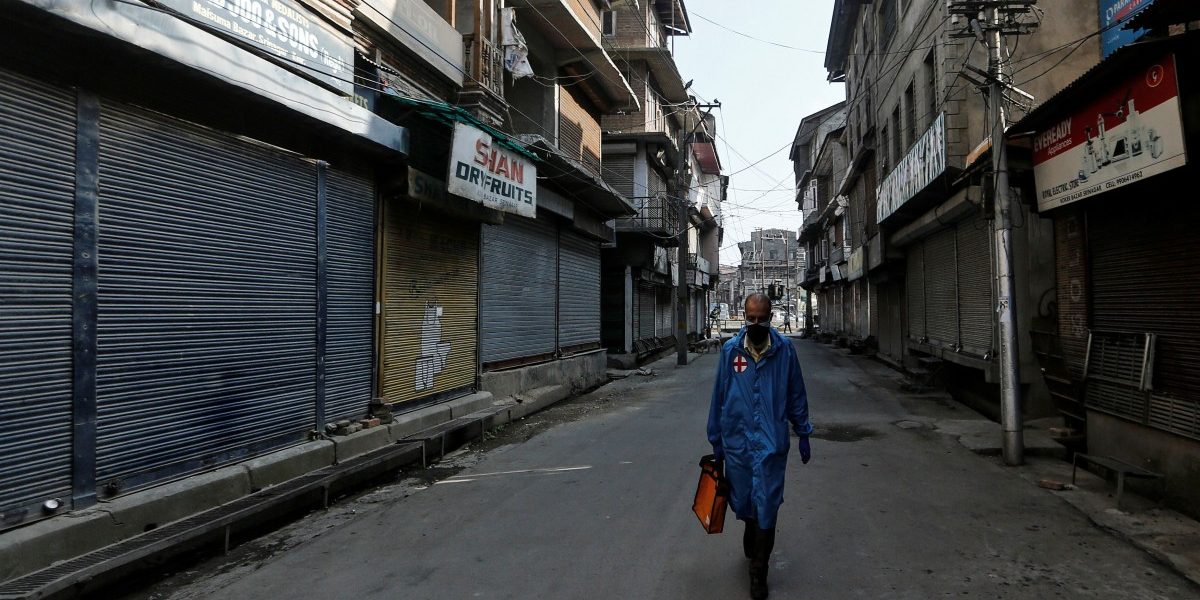 Srinagar: The Bharatiya Janta Party-led Central government’s move to introduce a Bill in the upcoming monsoon session of the parliament for the adoption of Hindi, Kashmiri, Dogri, Urdu and English as official languages in the union territory of Jammu and Kashmir has taken many people by surprise.

The move is unexpected because the The Jammu & Kashmir Re-Organisation Act empowers the J&K legislative assembly to decide on the adoption of official languages. The Centre’s decision will end the 131-year-old status of Urdu as the sole official language in J&K. It has also triggered demands for the inclusion of more languages in the proposed legislation.

Trespassing on the assembly’s mandate?

The Centre may see the move as semantic outreach in J&K after unilaterally scrapping the former state’s special status and reorganising it into two union territories. The decision, however, has triggered questions in J&K as to why the Centre should decide on behalf of the people of the UT on an issue like language.

Many sections here see the move as trespassing on the Jammu & Kashmir Re-Organization Act, 2019 and pre-empting whatever decision the future J&K assembly may have taken.

“They are behaving in an authoritarian manner and belittling the mandate of the assembly,” four-time MLA from southern Kashmir’s Kulgam segment and Communist Party of India Muhammad Yosouf Tarigami told The Wire. “Did they consult anybody before taking the decision? We are not against any language, we want every language to be promoted and get its due right and respect.”

But Union minister for information and broadcasting Prakash Javadekar announced on Wednesday that the Union cabinet has cleared a Bill for the adoption of five languages as official languages in J&K.

“We have decided to introduce the Jammu and Kashmir Official Languages Bill 2020 in parliament, under which five languages — Urdu, Hindi, Kashmiri, Dogri and English – will become official languages,” Javadekar said after a cabinet meeting in New Delhi.

An official, wishing anonymity, said that parliament will exercise powers conferred upon the J&K assembly to adopt these languages as official languages of the UT.

“By the proclamation issued by the president on October 31, 2019 to impose president’s rule in J&K, the powers of the legislative assembly of the union territory of Jammu and Kashmir shall be exercisable by or under the authority of parliament. So the parliament will be exercising powers conferred upon the J&K assembly under Section 47 of the re-organisation Act,” he said.

Interestingly, the Puducherry assembly has chosen the official languages of the UT, which was formerly a French colony, itself.

The Pondicherry Official Language Act, enacted in 1965, adopted Tamil as the official language, and Malayalam and Telugu as official languages in Mahé and Yanam regions of the UT, respectively.

The assembly of the National Capital Territory of Delhi also enacted a law to adopt Urdu and Punjabi as second official languages of the UT.

Before the reorganisation of J&K on August 5, 2019, Urdu was the sole official language of the state. In 1889, Dogra ruler Pratap Singh adopted Urdu as the official language of the princely kingdom of J&K, replacing Persian which had enjoyed that status for more than three centuries. The same was carried forward by J&K’s constituent assembly while adopting the state constitution.

Soon after the Union cabinet’s decision, different political and ethnic groups in J&K have demanded the inclusion of Gojri, Pahari and Punjabi in the proposed Bill.

“Gojri and Pahari languages should be included in the proposed legislation of official languages as these are spoken across J&K and even in the neighbouring states like Himachal Pradesh and Punjab,” said former minister in the PDP-BJP government, Choudhary Zulfikar.

He also said, “It is the aspiration of millions of people that due credit should be given to this ancient language that is serving their motherland for centuries.”

The All Party Sikh Coordination Committee also slammed the Centre over the exclusion of Punjabi from the Jammu and Kashmir Official Languages Bill.

Under the sixth schedule of the constitution of the erstwhile state of J&K, Kashmiri, Dogri, Balti (Pali), Dardi, Punjabi, Pahari, Ladakhi and Gojri were regional languages of the state.

Almost all key provisions of the J&K constitution were read down on August 5, 2019, when the Centre unilaterally effected constitutional changes.

Former bureaucrat, Lateef-ul-Zaman Deva said, “Enforcing more than two languages in J&K will lead to linguistic polarisation with genuine demands for the inclusion of Gojri, Pahari and Punjabi.”

National Conference leader and three-time legislator Aga Ruhullah Mehdi said that this “is the continuation of the BJP’s onslaught and offensive against the people of Jammu and Kashmir that has been happening since August 5, 2019.”

“They are imposing and forcing decisions on us to satisfy their Hindutva vote bank. They don’t only have political and administrative designs vis-à-vis Jammu and Kashmir; they have also launched an offensive against us on the cultural front,” he said.

The BJP’s J&K unit has welcomed the move.

“The Centre has fulfilled the long-pending demand of the people of J&K,” says former deputy chief minister Kavinder Gupta.