The task force will be headed by J&K’s intelligence chief R.R. Swain. 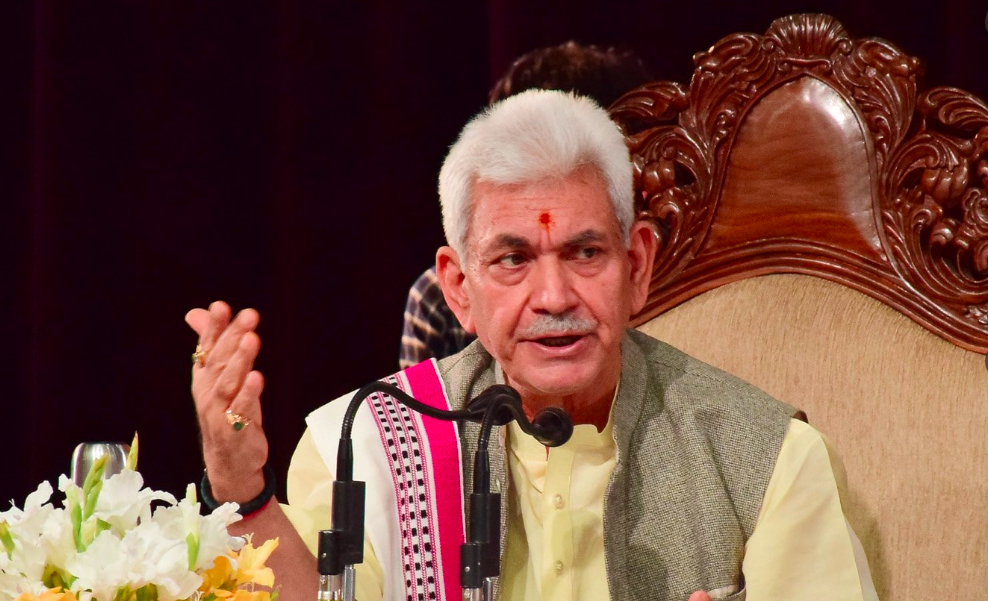 Srinagar: Using a clause in Article 311 to bypass the requirement for formal inquiry, the Jammu and Kashmir government has set the ball rolling to purge the Union Territory’s administration of dissenting employees “in the interest of security of the state”.

Academics and rights activists fear the pervasive decision will impinge on the freedom of speech and expression in J&K, where space for dissent has already been compromised since the reading down of Article 370 in August, 2019.

In the latest move, a Special Task Force (STF) has been constituted by the J&K Lieutenant Governor Manoj Sinha’s administration, which will “scrutinise cases of employees suspected of activities requiring action under Article 311 (2) (c)”.

According to order number 355 issued by J&K’s General Administration Department, the task force will be headed by J&K’s intelligence chief R.R. Swain, who served for a decade in the Research and Analysis Wing before returning to J&K.

The STF will “compile records of such employees, wherever necessary and to refer it” for action to a committee headed by the UT’s chief secretary.

The committee was set up last year to formulate the procedure for invoking the Article 311 (2) (c) against employees who are found involved in criminal offences.

The grounds for an employee’s dismissal “shall be supported by…interrogation report and other collateral evidence to justify dispensing with the holding of an inquiry in the interest of security of the State,” Lieutenant Governor Sinha said in an order last year.

The Article 311 of the constitution of India deals with the “dismissal, removal or reduction in rank of persons employed in civil capacities under the Union or a State” after holding inquiry against them.

While the law gives “reasonable opportunity of being heard in respect of those charges” to the suspect employees, section 2 (c), which has been invoked by the J&K administration, bypasses the condition of inquiry if “the President or the Governor…is satisfied that in the interest of the security of the State, it is not expedient to hold such inquiry.”

The Article 311 was not applicable to Jammu and Kashmir when the erstwhile state had special status under the Article 370 of the constitution.

Officials in the administration said the decision has been in the making for the last two years and it will likely impact hundreds of employees working in the government sector, which is the largest employer in the UT.

The order comes after the UT administration introduced amendments to the civil service rules, empowering the authorities to retire any public servant after 22 years of service or 48 years of age.

A senior officer in the government said there was “nothing new” in the latest GAD order. In 2015, he said, the People’s Democratic Party-Bharatiya Janata Party government terminated 63 “tainted” government officials “including five administrative officers, top engineers and doctors”.

“The rules are clear; even if government servants want to marry for the second time, they have to first take permission of their departments. It (the formation of the STF) was an ongoing process to infuse transparency and accountability in the administration,” a GAD officer, who is not authorised to speak with the media, said.

However, as an army of volunteers in J&K patrols social media on behalf of security agencies, activists fear the formation of the task force will further choke the space for freedom of speech and expression.

These fears have been fuelled by the reference in the J&K’s government order to the Terror Monitoring Group (TMG) for identifying employees accused of involvement in “anti-national” and “terrorist” activities.

The TMG was set up by the Union Ministry of Home Affairs in 2019 in the midst of a widespread crackdown on separatist groups, Jamaat-e-Islami and their sympathisers in Kashmir who were accused of supporting militant outfits.

“The group (TMG) will also take action against hardcore sympathisers amongst government employees including teachers who provide covert or overt support to terror-related activities in J&K,” reports quoting officers of the Ministry of Home Affairs had said.

Habeel Iqbal, a US State Department fellow and human rights lawyer in Kashmir, said there is “no straitjacket formula” to define labels such as “terror sympathiser” or “anti-national.”

“These labels are mainly used by the executive to control the behaviour of people and as such, the law does not recognise them,” he said.

There are more than six lakh government employees in Jammu and Kashmir. Although not all of them are active social media users, a good number often take to Twitter and Facebook to express opinions on political and other developments.

“For them, it is a clear message – ‘shut up or get ready to suffer’,” said a professor at the University of Kashmir who did not want to be named, fearing reprisal by the authorities.

“The ‘security of the state’ is not so fragile that a social media post from a government employee will threaten it,” said Habeel.

The GAD officer quoted above said the service rules lay down the guidelines for how a government employee is supposed to behave, “In today’s world, surveillance tools have increased which is an opportunity to make the governments more transparent,” he said.

Given the political uncertainty in Jammu and Kashmir, Habeel, the lawyer, disagrees with such assessment: “This is not civil service neutrality. It is akin to political sterilisation.”

In view of the prevailing “anger and discontentment” in Jammu and Kashmir, CPI(M) leader Mohammad Yousuf Tarigami believes the decision to dismiss employees without probe is an “overreach” by the J&K administration.

“There are already enough provisions in the law to act against such people. It (the STF) is a tool for the government and bureaucrats to suppress their subordinates by keeping a sword of uncertainty hanging on their heads,” he added.

Accusing the administration of trampling on the constitutional safeguards for employees, National Conference said the task force was “a toolkit” that “would impede work culture in government departments.”

Terming the decision a “colonial hangover”, NC’s Member of Lok Sabha, Akbar Lone, said it will “take away what was given by the constitution to people in the form of fundamental rights.”

“It gives sweeping powers to the government with minimal safeguards to protect the interests of the employees, thus putting them at disadvantage of being labeled as ‘anti-national’,” he said.

Habeel, the lawyer said, the decision comes at a time when all the energy and resources of the government should have been focused on dealing with the upsurge in COVID-19 cases.

“It tells us a lot about the priorities of the state,” he said.