Historically, UTs Become States. Now the Centre Is Reversing That Trend in J&K.

People's movements have been behind a number of UTs, particularly in the Northeast, being granted full statehood. 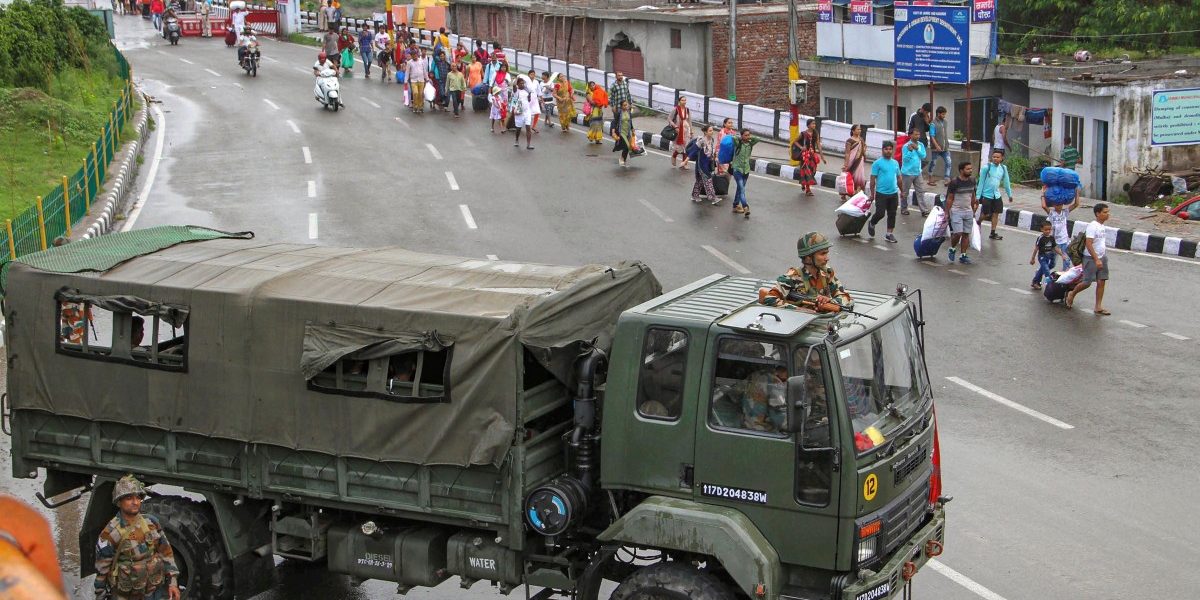 This is an unprecedented move in the world’s largest democracy, where the trend has always been to turn union territories into states, and thereby bring the administration closer to the people and lessen the direct Central hand in day-to-day management.

Except Assam and Meghalaya (which was a state within a state before becoming a full-fledged state in1972), all states of the Northeast became states after being union territories for a long while. Importantly, these administrative changes in one of the country’s most volatile peripheries were carried out after a strong, and often violent, spell of people’s movements demanding statehood.

The trend began with Nagaland in the 1960s. After separating it from Assam in the 1950s as an exclusive tract, the Central government made Nagaland an UT, meaning a province under its direct control with a certain degree of autonomy. Finally, it had to bow down to people’s opposition to this and Nagaland became the second northeastern state after Assam, while the two other separate entities in the region – Manipur and Tripura – remained UTs.

Also read | Jammu and Kashmir: Decoding Article 35A and Article 370

Arunachal Pradesh, then referred to as North East Frontier Agency (NEFA), though attached to Assam, was under the direct control of the Ministry of External Affairs and changed hands to the Ministry of Home Affairs after the China debacle of 1962.

While Meghalaya became a state in 1972 without being an UT first, three other regions that were granted statehood between 1971 and 1972 were UTs – Manipur, Tripura and Himachal Pradesh. Post-independence, these three states were typically put in the Part C of the state list, meaning administrations formerly under a chief commissioner or a princely state. Even though Manipur had a legislative assembly when it joined the Indian union in 1949, it was dissolved, brought under a chief commissioner and later made into an UT (in 1956), much to the consternation of the people of the state. It became a state only in 1972.

Himachal Pradesh too was separated from Punjab, made a chief commissioner’s province (in 1948) and thereafter an UT (in 1956). It became a full-fledged state in 1971.

Tripura too, which joined the Indian Union in 1949, went through the same administrative history and became a state only in 1972. When it was made an UT, it didn’t have a legislature.

These three states in the Northeast – Meghalaya, Manipur and Tripura – came into being on January 21, 1972 in what was widely considered to be a fallout of the India-Pakistan war of 1971. After the war, the Centre decided to reorganise the Northeast to make international border control more effective.

In the 1980s, there was another bout of UTs becoming states. Goa, Mizoram and Arunachal Pradesh were thus granted full-fledged statehood. These were not Part C states. While Goa was annexed in 1961 after an army operation against the Portuguese and thereafter made an UT along with the Daman and Diu islands, Mizoram and Arunachal were bifurcated from Assam and made UTs before becoming full-fledged states.

While it needed a violent insurgent movement to make Mizoram a state in 1986 (through the Mizo Accord brought by the Rajiv Gandhi government), Arunachal didn’t see such violence for statehood. In May 1987, Goa was bifurcated from Daman and Diu and turned into a state while the latter has remained an UT.

Also read: Union Territories, the Outcasts of Democracy in India

Among the Part C states, Delhi is still a UT under a lieutenant governor, which the ruling Aam Aadmi Party (AAP) is hoping to change. The same AAP, though, has supported the Centre’s decision to make J&K and Ladakh into UTs.

These historical drifts in post-independent India thus highlight that the Modi government’s move on August 5 to turn a full-fledged state into an UT is exceptional and going against the tide. The state of Jammu and Kashmir has never before been directly under Central control, except during president’s rule.

However, the demand for Ladakh to be sliced out of J&K and made a UT has been brewing on the ground for a long time. The flag-bearer for this demand has been the Ladakh Union Territory Front (LUTF), an association of political parties formed in 2002. Though the aim was to form a political party to make the voices of Ladakhis heard more in the state assembly, a couple of its members shifted base to the Congress soon, thus weakening its movement for a UT. Though in 2005, it swept the Ladakh Autonomous Hill Development Council polls, its demand for an UT was not entertained by the subsequent Congress governments at the Centre.

However, in 2010, the LUTF merged with the BJP and since then its movement had gained wind, resulting in the August 5 success.