Corruption Was Supposed to Vanish in J&K Post August 5. But It's Alive and Well. 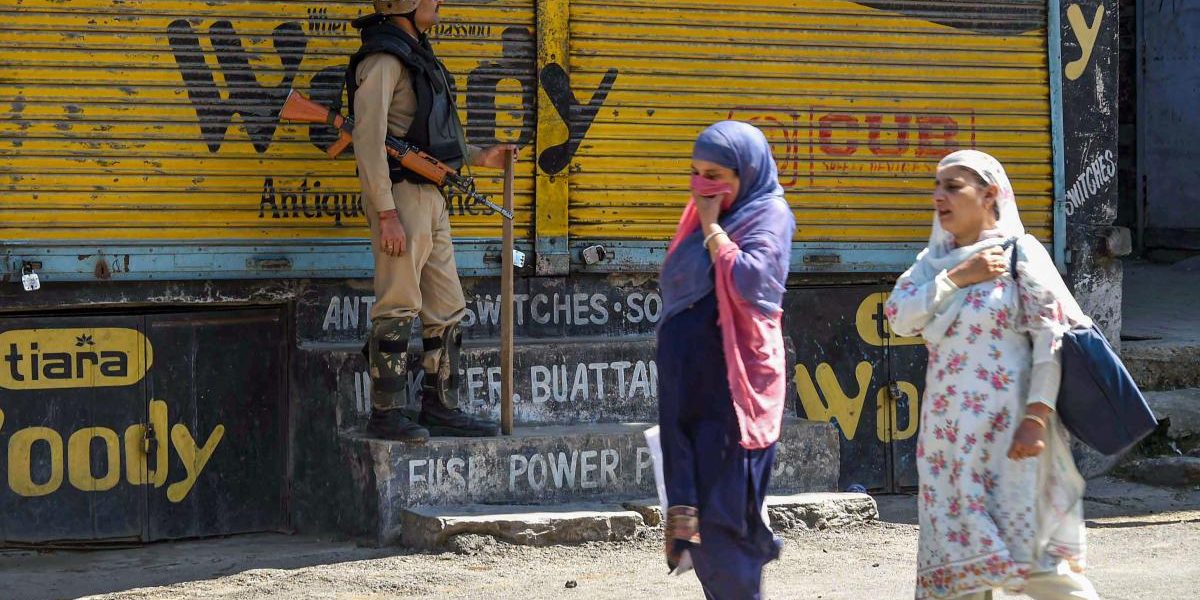 When the Rajya Sabha debated the J&K Re-organisation Bill 2019, and read down Article 370 of the constitution and revoked the special status of Jammu and Kashmir, Union home minister Amit Shah had said the state’s special status was the root cause of corruption there.

It has been almost one year since Article 370 was abrogated, but as a longtime campaigner for the right to information, good governance and transparency in the J&K government, I have found that corruption remains as prevalent as it was when J&K was a state.

In fact, it often appears that misgovernance, nepotism and corruption have become the rule of law in government offices during the last one year.

The abrogation of Article 370 hurt me as badly, as it did all Kashmiris. But at the same time, I was hopeful, even sure that the government of India, at least in order to gain the sympathy of Kashmir’s people, would provide good governance and curb corruption under a lieutenant governor.

But I was wrong. Government officials seem to have become more corrupt, and rude, perhaps because they no longer have accountability. Several institutions of transparency and probity, such as the State Information Commission (SIC), the State Human Rights Commission (SHRC) and State Vigilance Commission (SVC) have been shut. The J&K RTI Act 2009, which was a more progressive law than the RTI Act 2005, was also repealed in spite of the fact that 166 J&K state laws are still protected.

Also read: What Kashmir Has to Do With the India-China Stand-Off in Ladakh

We recently exposed the mismanagement of the public distribution system (PDS) in Budgam and Baramulla districts. Over the last four or five years, subsidised rations meant for the poor were sold to them at exorbitant rates. Hundreds of poor consumers had not been told that they are entitled to rice for Rs 3 per kilo under the National Food Security Act (NFSA). Instead, they were provided with fake ration cards, often by shopkeepers marked Above Poverty Line (APL) and Non Priority Households (NPHH), which meant they had to pay a lot more for rations than they should have.

This May, when free rations were being distributed during the lockdown, residents of Bonen village in central Kashmir’s Chadoora tehsil of Budgam district, were provided less rice than they were entitled to. The storekeeper, an employee of the Food Civil Supplies and Consumer Affairs Department (FCS & CA), allegedly did the same with other villagers.

One of the residents Sona Ullah contacted Mushtaq Ahmad, one of our local activists who sent a video of Ullah’s statement to the assistant director for food and civil supplies, Budgam. The officer took quick action and suspended the storekeeper.

The video went viral. Others got in touch with Mushtaq, complaining about the denial of free rations because the local storekeeper had given them fake NPHH ration cards. (These are also known as Above Poverty Line ration cards.)

The RTI movement decided to undertake a kind of social audit in Loolipora village. Mushtaq got in touch with another activist, Nazir Ahmad, a lawyer from Loolipora. With others from the village, they undertook a random survey of households, cross-checking about 80 NPHH/APL ration cards against the lists on the ePDS portal. Of these 80 households, 50 turned out to be BPL/PHH on the ePDS portal. For four or five years, each of these 50 consumers had paid Rs 15 per kg of rice instead of the Rs 3 per kg that they had been entitled to pay under the NFSA. Their APL and NPHH cards were fake. They had been created by local storekeepers allegedly in league with the tehsil supply officer (TSO). In some cases, the consumers had been given school notebooks with the seal and signature of the storekeeper and TSO.

The National Food Security Act (NFSA), better known as the Right to Food, is a people-friendly legislation that aims to benefit the disadvantaged and marginalised communities of India.

Despite the existence of Article 370 at the time, the NFSA was extended to Jammu & Kashmir in full with effect from April 1, 2016, when the PDP-BJP led government was in power. The then J&K legislature had assented to this bill.

The NFSA provides highly subsidised rations of wheat flour for Rs 2 per kg and rice for Rs 3 per kg to about around 75 lakh people in J&K who have been listed as PHH. Another 45 lakh people listed as NPHH get their rations at higher rates. This means that more than 95% of J&K’s population is covered by the NFSA. But have the benefits of the NFSA actually reached the people it is meant to serve?

Each of the 50 consumers in in Loolipora village who had bought rice at exorbitant rates for the last five years had been cheated of Rs 25,000 to Rs 30,000 in total. Altogether, more than Rs 15 to 20 lakh had been embezzled from a single village. Who has benefited?

On June 6, we brought the Loolipora issue to the notice of J&K government. A team of two senior officers from FCS &CA Department was tasked to probe the fraud.

The letter from the office of Secretary, Food Civil Supplies and Consumer Affairs (FCS & CA), dated 5.07.2020 assured that action was being taken against the ten erring officers. The secretary, a young IAS officer, encouraged us in his thank you note and remarked that our work was akin to a ‘social audit.’

When local TV channels, newspapers and social media began to talk about the Loolipora scam, we started getting a lot of phone calls and messages. The Central Auqaf Committee of Tarzoo, Sopore, which is the top socio-religious group in the area, told us they suspected that many of the 25,000 people of Tarzoo had been deprived of PHH and BPL ration cards.

On July 1, our team went to Tarzoo, which is in Sopore in district Baramulla. We cross-checked 70-80 ration cards against the ePDS portal, of which 50 turned out to be fake. Most of the APL and NPHH ration cards we examined were held by people registered as BPL and PHH. For the last five years, these 50 people had been Rs 15 per kg of rice instead of Rs 3 per kg.

I don’t claim that all the people registered as BPL or PHH on the ePDS are really poor. The irony is that some of them are well off.

Bashir Ahmad Mir, a resident of Dar Nambal, Tarzoo, is registered as an Antodaya Anna Yojna (AAY) consumer, which means he is among the poorest of the poor. But he too had been given a fake APL ration card by the department of food and civil supplies, Baramulla.

I have now filed a formal complaint with the secretary to government of the food & civil supplies department, who has assured us that they will undertake a preliminary enquiry soon. We are also thinking of seeking judicial intervention in this case.

The consumers who have been given fake ration cards in J&K have not only been cheated monetarily for the last five years or more, but they have also been deprived of various government entitlements meant for the economically weaker sections of society.

Without BPL ration cards from the food department, they cannot be listed in the Ujwala Yojana for subsidised LPG gas connections. They do not get monetary support under the PMAY for the construction of houses. They have no right to students’ scholarships and free or subsidised CT and MRI scans in government hospitals and much more.

When and how will the government act?

The doing away with Article 370, it seems, has done little or nothing to make government officers accountable. Corruption continues in public authorities like the food & civil supplies department, the rural development department, the police, the land revenue department, the various municipalities and so on.

Had the Government of India been sincere about eradicating corruption from J&K, it could have been done within months. Activists can only do so much – the government should bring in the CBI or any other investigative agency to probe all across J & K.

Recently, Farooq Khan, the advisor to the LG, said that strict action would be taken against people who indulge in practices like profiteering, over-pricing and black marketing. He added that the government would not hesitate to book such people under stringent laws including the Public Safety Act.

It remains to be seen how the government now acts.

Dr Raja Muzaffar Bhat is a Srinagar-based activist and columnist. He is the founder and chairman of the Jammu & Kashmir RTI Movement. He can be reached on bhatrajamuzaffar@gmail.com.