Who Will Do the Work of the 7 Commissions Dissolved in J&K?

Those at the helm have been directed to hand over records and files to the departments servicing these commissions.

Now, these commissions have winded up and those at the helm have been directed to hand over records and files to the departments servicing these commissions. The law department, for instance, was asked to take over pending cases of the Human Rights Commission and the Accountability Commission.

Legal experts, however, are wondering as to why an alternate arrangement was not put in place before repealing the state Acts. Advocates and retired judges, who wish to remain anonymous, told The Wire that they do not understand why corruption cases, RTI applications and so on were not going to be treated with more care. More time should have been taken over such decisions, they said.

Sources reveal that nearly 4,000 cases were pending in these statutory bodies when the J&K Reorganisation Act was passed.

These cases, however, were not referred to any national commissions or other judicial or quasi-judicial bodies. Instead, secretaries of these commissions were directed, through government orders, to send the case files and records pertaining to these commissions to concerned administrative departments.

Without any roadmap for how hearings will continue, pending cases are being treated just like a pile of files until a new commission, institution or Lokpal is formed, or an existing institution is given the power to address them.

Meanwhile, a large number of complainants or appellants are confused about whom to approach. According to a Times of India report, the order has been issued to make new commissions which will be governed and monitored by central bodies like the National Human Rights Commission in accordance with the J&K Reorganisation Act, 2019.

But appellants’ quest for justice has been put on hold for an unspecified amount of time, since the J&K Reorganisation Act does not specify how these cases and complaints will be dealt with before new commissions are constituted.

“With Jammu and Kashmir becoming a Union Territory, we assumed that the complaints pending with the State Commission for Women and Child Rights will be given to National Commission for Women. Yet, the orders suggest transferring files to the social welfare department, which will do nothing to address the complaints. The files will remain unopened. If J&K is a Union Territory and Central laws are applicable here, then why not send these complaints to the national commission? Even then, it would be a huge burden on these aggrieved women to follow up their complaints by travelling to Delhi,” said a member of State Women Commission. 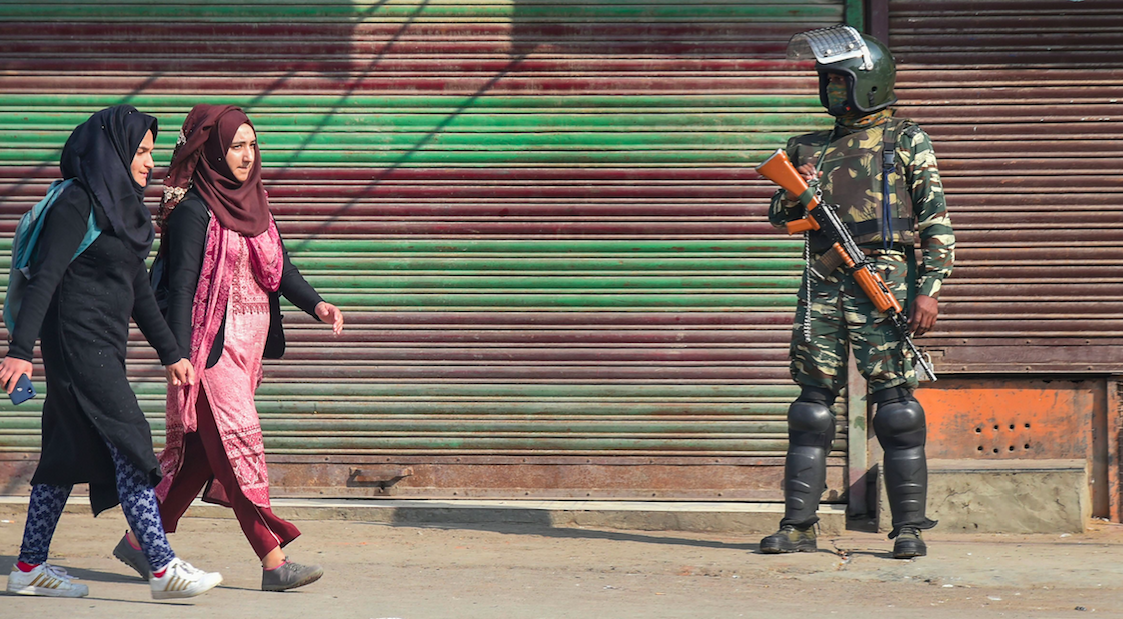 The J&K State Consumer Disputes Redressal Commission is a quasi-judicial body which is part of the three-tier structure meant to ensure protection of consumer rights. According to sources, nearly 2,500 cases were pending for disposal in the State Consumer Disputes Redressal Commission until October 23, when the order came for it to wind up. The records of these cases, as per a government order, have to be transferred to the Department of Food Civil Supplies & Consumer Affairs.

Confusion persists regarding the existence of district consumer forums which had also been also constituted as per the Jammu and Kashmir Consumer Protection Act, which has been repealed.

“I had appealed a case in the State Consumer Dispute Redressal Commission and the case proceedings went on for two years. Now, seven months ago, the hearings ended and the appeal was reserved for order. Seven months passed by and it does not matter in whose favour the order would have been but now the commission itself is no more. Where do I go for justice? Now when a new commission is formed, will it straight away give a judgment or will the hearing start all over again? I have already spent nearly three years over this case and now I have to wait till a new commission is formed which will take, I don’t know how long, months or years maybe. There is no justice for the common man,” said an appellant, Ajay Kumar.

The J&K State Human Rights Commission has also been asked to hand over all records and electronic gadgets to separate departments like law and estates.

According to an Amnesty International report, Jammu & Kashmir State Human Rights Commission, since its inception until 31 March 2019, had dealt with 8,529 cases of human rights violations in Jammu and Kashmir, out of which 7,725 cases were disposed of. As per the official records, it made recommendations in 1,862 cases during this period. In two years, between April 1, 2017 and March 31, 2019, the Commission received 1,174 cases and disposed of 1,244 cases.

“The Central Information Commission is already flooded with so many RTI applications and there is no provision for time-bound response to the second appeal. Moreover, now one will have to head over to New Delhi for appealing which does not strengthen Right to Information in the state and rather weakens it,” said Balwinder Singh, an RTI Activist.

Questions have been raised about the functionality of these commissions. The State Women’s Commission had already been without a chairperson for more than a year. Former chairperson Nayeema Ahmad Mehjoor resigned in June 2018 and Vasundhara Pathak Masoodi was appointed as the chairperson a year later in July 2019. Earlier, the commission had been without a chairperson for seven years, until 2010. The State Human Rights Commission was flooded with cases, especially from Kashmir Valley. However, on many occasions, the recommendations of this commission were not accepted by the government.

Mufti Mohammad Sayeed, during the PDP-BJP coalition in 2015, had got the Act drastically amended to allow the appointment of two more members in the commission. Its power to take suo motu cognisance and order registration of criminal cases against incumbent and former ministers and legislators was challenged first in J&K high court. While these powers were upheld in the high court, the J&K state government filed a Special Leave Petition in Supreme Court, leaving State Accountability Commission mainly dysfunctional.

According to social activist Javed Ahmed Tak, “It had been a long-pending demand of our people that the commission be constituted. The state act was formed in 1998 and only after the Central Act for Persons with Disabilities was passed did the government of Jammu and Kashmir constitute the commission. The commission solved many of our matters, compensated people and it was a ray of hope for us.”

Also read: What an Outsider’s Eye Can See in Kashmir

Regarding the winding up of the commission, Tak, who was shot by terrorists and is disabled himself said, “Only recently had people started approaching the commission. Abhi toh files lagna shuru hui thi. We had a problem with SSRB regarding recruitment but because of the commission, our work used to get done. The commission had just recently made a committee regarding the accessibility issues in government buildings. Funds were yet to be sanctioned but now we do not know what will become of the matter. An alternate arrangement needs to be made.”

The J&K State Electricity Regulatory Commission had been lying totally dormant since 2016. The government had failed to appoint its chairman and two members even though Jammu & Kashmir Electricity Act, 2010, has strict guidelines about the appointment of a chairperson and both members for SERC within one month of the date of occurrence of any vacancy. Lokesh Jha was appointed as the chairman of JKSERC only in May 2019.

But while the state government did nothing to ensure the proper functioning of all these Commissions, the decision to dissolve them without making interim arrangement for hearing of cases and redressal of complaints shows how unplanned the approach of Central government is in dealing with the issues of the common people of Jammu and Kashmir.

“The order to send records of these commissions to the administrative department shows that the cases are being treated as mere files. Trucks are being filled and dumped at food and supplies department or social welfare department. No one knows who will deal with these cases now and till when they will remain under lock and key,” said advocate H.C. Jalmeria.

Pallavi Sareen is the editor-in-chief of Straight Line. Based in Jammu and Kashmir, she can be contacted at pallavisareen99@gmail.com.