The government has cleared a proposal on notifying “strategic areas” for use by the armed forces, where construction will be regulated by a "special dispensation". 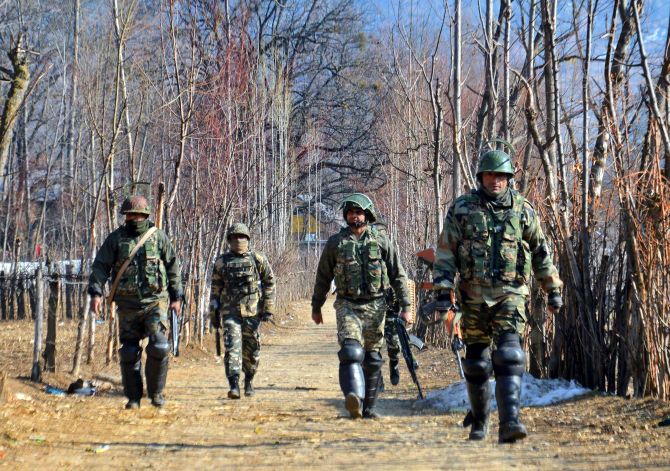 Srinagar: In June last year, two months before parliament read down Article 370 of the Constitution and brought Jammu and Kashmir under the Centre’s direct control, the high court directed the J&K chief secretary to consider an Indian Army proposal for allowing the construction of a transit camp in the scenic Sonamarg valley.

The proposal had faced stiff resistance from the Sonamarg Development Authority (SDA), a local body that regulates construction and ensures the protection of the ecologically sensitive area.

The army subsequently went to court. In its status report, the government informed the court that the matter was placed before the chief secretary, and a decision was taken allowing a location to be declared a “strategic area” for “direct operational and training requirements of armed forces”.

Following the government’s stand, the bench of Chief Justice Gita Mittal and Justice Rashid Ali Dar on July 4, 2019 gave the army permission to set up the transit camp.

Now, almost a year later, the term “strategic areas” has been incorporated into J&K laws to facilitate construction by the armed forces.

On June 17, the J&K administrative council headed by Lt Governor G.C. Murmu cleared the proposal to amend the J&K Control of Building Operations Act, 1988 and the J&K Development Act, 1970 for notifying “strategic areas” for use by the armed forces and regulating construction through a “special dispensation”.

“The amendments will pave the way for notifying certain areas as strategic areas in terms of requirements of the armed forces and in such areas, the regulation of construction activity shall be through a special dispensation,” an official statement said. “The move is aimed at simplifying the procedures and shall facilitate time-bound development of infrastructure of strategic importance.”

According to the government, approval has been granted keeping in mind the strategic importance of “certain locations and reconciling their security needs with developmental aspirations”.

A senior official who did not want to be named said that till now, local authorities were empowered to decide on allowing construction by any institution – including the armed forces – in their jurisdiction. This was in sync with local master plans and environmental concerns.

But, the official said, the amendment would now empower the government to notify a location to be in the armed forces’ possession, allowing them to construct however they please.

“The areas will be defined as strategic as per the operational needs of the forces. Once a location is declared strategic, the decision on allowing constructions will no longer rest with the local authorities, but the approval will come from the government itself,” said the official. “This will apply to any area in possession of the armed forces.”

According to him, the government may form a “sub-group”, comprising high-ranking officials from different departments, to handle such cases.

“This is a work in progress. The rules for notifying the strategic areas in accordance with the amendment are being finalised,” said the official.

Another official said since the local authorities will no longer have any role in notifying strategic areas, such issues will be handled at the highest level between the government and the armed forces.

“The amendments will, however, have no impact on land acquisition by the armed forces in J&K. The entire process shall continue to be governed by the existing laws,” the official said. “But once the changes (in the laws) are finalised, the forces can move to seek to declare a location under their possession as a strategic area.”

In May this year, the Kashmir sheep husbandry department turned down an offer from the army to purchase 6.54 hectares of land (129 kanals) in Baramulla district belonging to the department.

“We can’t sell this land. We need it to meet our demands. We sow seeds and produce fodder which we sell to the farms,” director, sheep husbandry had said.

J&K political parties have opposed the amendments, describing the move as “disastrous” and aimed at “changing the demography” of J&K.

“These amendments will undermine the civil authority and turn the entire region into a military establishment,” said National Conference spokesperson Imran Nabi Dar.

According to him, J&K’s strategic importance is not confined to certain areas, and the entire region is strategically important.

“So by that analogy, the government will have a free hand to give as much land to security forces to be used by the latter for any means, which the proposed amendment is totally ambiguous about. It seems the idea behind such a move is to create an army establishment in J&K,” he said.

Stating that the “headless dispensation” in J&K was proposing to put more chunks of land under the control of security forces, the National Conference said under the president’s rule, the J&K administration has already given up 243 hectares of forest land for army and paramilitary use.

Imran referred to a statement by Mehbooba Mufti, former chief minister of the erstwhile state, that thousands of hectares of J&K land were under security forces’ possession.

Months before her government was toppled by the BJP, Mufti had told the erstwhile legislative assembly in January 2018 that more than 21,400 hectare (4,28,000 kanals) of land were under the unauthorised occupation of the army and other government forces in J&K.

“The amendments can change the disposition of huge chunk of a settlement overnight, hampering economic activities and other dynamics of day-to-day life. It seems that the government is on a major land grab mission,” Imran said.

The Sajad Lone-led People’s Conference (PC), while opposing the amendments, said they were meant to “alter, unrecognisably, the destiny of the people of Kashmir”.

“Construction activity in the strategic areas is a ruse to allow changing demographics and the population ratio in Kashmir,” said PC senior leader Abdul Gani Vakil. “Delhi seems to be on a one-way trip to disaster in Kashmir and is keen on pushing Kashmiris against the wall.”

“This whole exercise is shocking. There will be long-term consequences,” he continued.

The PDP, too, described the move as a plan to change the demography of J&K. “It’s a decision that is directed towards our homes, where even our neighbourhoods could be designated as strategic areas,” said PDP leader Naem Akhter. “This is scarier than the scrapping of special status. It seems we might not be left with enough land even for graveyards. It means no resident of J&K has any power in determining even the basic functions of local government.”

Facing criticism, the government on Sunday said a “few political parties are deliberately misleading people as if the land is being transferred to armed forces and entire J&K is being turned into a military establishment”.

“It is being alleged that new areas are going to be declared as strategic, where laws regulating development will not prevail. All these are baseless comments being made without reading facts,” a government spokesperson said.

The government said there was no decision to either transfer any new land or declare areas outside cantonments or army land as strategic. “In fact, it is the stated policy of the government to regulate and harmonise the requirements of land by the armed forces to meet the competing demands of development and internal security,” said the spokesperson.

He said in the last few years, the forces have brought to the notice of the government that multiple issues kept coming up in their infrastructure development activities which were not only “cumbersome and time-consuming”, but at times go against “strategic interests”.

Keeping in view the strategic importance of constructing such infrastructure, it has been felt that a special mechanism needs to be put in place for such strategic infrastructure needs. On the other hand, it is also important to ensure that whatever development takes place, especially when it is in the local areas of development authorities, it conforms to the overall developmental plan. The reconciliation of these two competing exigencies of public interest is important,” said the spokesperson.

The government said in these strategic areas “within existing armed forces land”, the responsibility of ensuring that construction activities were undertaken as per developmental control regulations and all environmental safeguards were observed has been delegated to the armed forces.

“Adequate safeguards have been kept to ensure that the provisions are not misused,” said the government.